Home Net Worth Rob McElhenney Net Worth - Salary From It's Always Sunny in Philadelphia & Other Earning Sources. 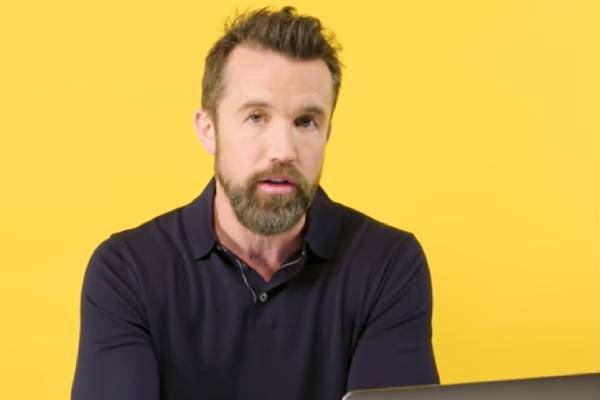 Rob McElhenney has a net worth of millions from his career. Image Source: YouTube.

For any movie lover, their idols and heroes are the actors that perform on screen. And of course, acting isn't easy. But ask one who works the hardest, and they'll say that it's the people behind the scenes, including the director, writer and everyone else. As such, there aren't many who would choose all of these jobs, but Rob McElhenney among a handful of others has managed to fit right in.

Thanks to his career, Rob McElhenney's net worth is now $50 million, which is a combined amount with his wife, Kaitlin Olson according to Celebrity Net Worth. Let's take a look at how this star managed to make such an earning and how he has used it throughout the years.

Rob McElhenney has been a part of Hollywood for a long time now and his roles always manage to make fans fall in love with him. Even among all of his roles, Rob is most well-known as Mac from everyone's favorite show It's Always Sunny In Philadelphia. Having been an actor, and a well-known one at that, Rob has managed to earn a lot of money and his net worth is among the top of the show's cast. But what exactly makes up his net worth and how does he use it? Read till the end to find out.

Having enjoyed acting as a kid, Rob was introduced to the acting world in 1997 in The Devil's Own and played the role of Kevin. The role may have been small, but this sparked the beginning of a great actor. Since then, Rob quickly began getting more roles for various works, including both movies and TV series. But after a few years, Rob was mostly seen in TV series, but all of these shows stood among the top. Some of these top shows include:

All of these shows are among the top, but most of Rob McElhenney's net worth comes from his salary from It's Always Sunny In Philadelphia. Having been a part of the show since the beginning and now with rumors of the show getting a new season, Rob's salary must be a generous amount.

Earnings As A Producer And Writer

As stated prior, Rob McElhenney is not only an actor but a 'behind the scenes hero' working as a writer, director, and producer. As such, it would only make sense for Rob McElhenney's salary from his career to be quite high. In fact, most of Rob's works where he worked as the producer are among the top, including It's Always Sunny in Philadelphia, Mythic Quest, and Unsupervised, among many others.

Not only that, but Rob is also the writer for both Mythic Quest and It's Always Sunny in Philadelphia. This shows that if you have the skills to do it, you can't back down as you might just make it to the top. And of course, Rob is one of those at the top. As the time comes, we can expect Rob McElhenney's net worth to see another rise, and it may not be long before that time comes.

Up until the beginning of 2018, Rob McElhenney's wife, Kaitlin Olsen, along with himself, lived in a wonderful Sherman Oaks home. This home, bought for $2.1 million, was put up for sale for $2.675 million in late 2017. While not at the asked price, the home was sold in February of 2018 for $2.5 million. Now Kaitlin Olson and Rob McElhenney's children, Axel Lee McElhenney, and Leo Grey McElhenney, whose faces are usually hidden, along with the duo themselves are living a wonderful life together in their wonderful new home. 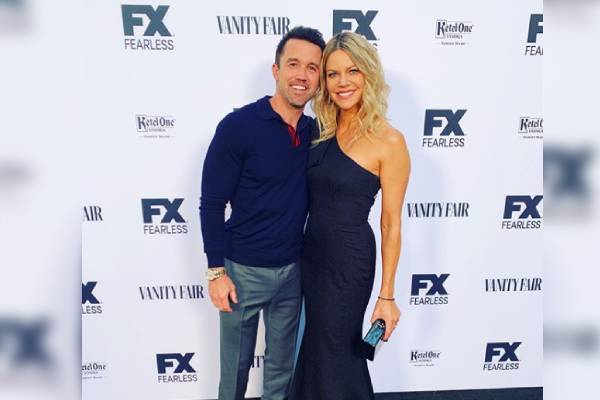 The couple may be living in a wonderful home with what they need, but there are many who don't have their daily necessities, especially during the COVID-19 outbreak. As such, the duo set up a GoFundMe page to provide hunger relief. With an initial target of $50,000, the couple managed to earn $40,000 on the first day and a grand of $103,000 by the end of the second. The couple also donated a good sum of money themselves and it surely made a huge impact for those families in need.