Home Net Worth Saint Jhn Net Worth - Look At The Rapper's Income And Earning Sources. 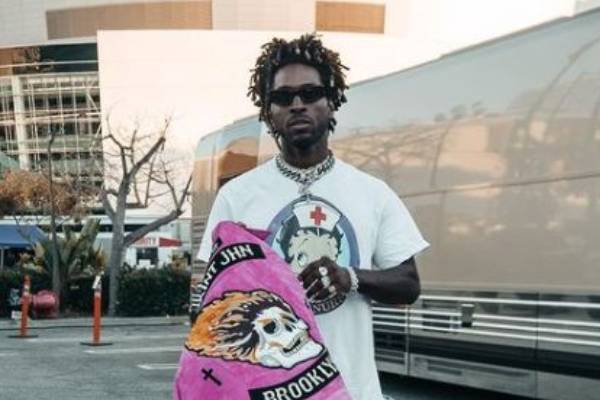 The Brooklyn born rapper, Carlos Saint John, or famously known as Saint Jhn, is a rapper and songwriter who has been actively making music since 2010. His popularity grew steadily over the years and skyrocketed after a remix of his song Roses was released in 2019.

Known for his amazing songs, the American rapper has not only garnered a huge fan base but also amassed a massive fortune. And along with the earnings from his music, Saint Jhn's net worth also comprises of his income from streaming services and merchandise sales.

Burna Boy Net Worth - Says He Is Worth More Than $3.5 Million

Saint Jhn Net Worth And Earnings

As mentioned above, the famous rapper Saint Jhn's net worth includes the earnings from his music and various other sources like merchandise sales numerous streaming services.

Before adopting the stage name, Saint Jhn, he used his birth name, Carlos St. John, to write and perform music. He released an EP, The St. John Portfolio, and a mixtape, In Association, in 2010 under this name. Not only his own music, but he also wrote for other artists like Usher, Nico & Vinz among others.

John released his debut single, titled 1999, under his stage name, in 2016. After this, he continued to release singles, including Roses and 3 Below. Even though he had not released his studio album yet, the rapper went on tour with Post Malone.

Carlos released his debut studio album, Collection One, and followed it with his second record Ghetto Lenny's Love Songs, a year later. Both of these albums were successful in their own rights. Along with his singles, the records are available on Amazon, and their prices are listed below:

The singer's music gained more recognition after a remix of his 2016 single, Roses, was released in 2019. The song topped the charts in the UK, Australia, and few other countries. After the recognition he gained in early 2020, Saint Jhn's earnings from the album sales must have helped increase his collective net worth.

Even before the release of his debut studio album, Saint had already garnered 50 million streams in various streaming services. Now that he is a known name and has worked with many famous artists, there is no doubt that the talented artist has earned even more of them. Spotify, Deezer, TuneIn are a few of the services where his music can be found.

In addition to these streaming services, Jhn also has a decent number of subscribers on his official YouTube channel. As of now, his channel has more than 825K subscribers and millions of views on the music videos.

According to SocialBlade, Jhn's earnings from the channel is estimated to be between $150.8K and $2.4 million per year. This, alongside his income from the streamings, has undoubtedly made a considerable impact on Saint Jhn's net worth.

How Much Does Saint Jhn Earn From Merchandise Sales And Brand Deals?

Just like many other artists, Saint has also launched his own merchandise line. It includes various clothing items and a few accessories. Some of these products, along with their respective prices, are given below:

All of the abovementioned products can be purchased from the rapper's official store. With the musician's fame growing day by day, it is clear that the earnings from the merch sales help increase Saint Jhn's net worth.

In addition to his own merch, John has also modeled for high-end brands like Ellesse and Gucci. He was featured in Gucci's Guilty campaign alongside Adesuwa Aighewi in 2018. He also starred in athletic brand Ellesse's For the Win campaign in 2019. Saint might have pocketed a considerable amount from both of these projects.

After years of hard work, Saint Jhn has now earned a massive fortune and enjoys a lavish lifestyle. His love for expensive jewelry can be seen on his social media pages. And while the exact value of those pieces is yet to be revealed, it is clear that John has spent a fortune on them. 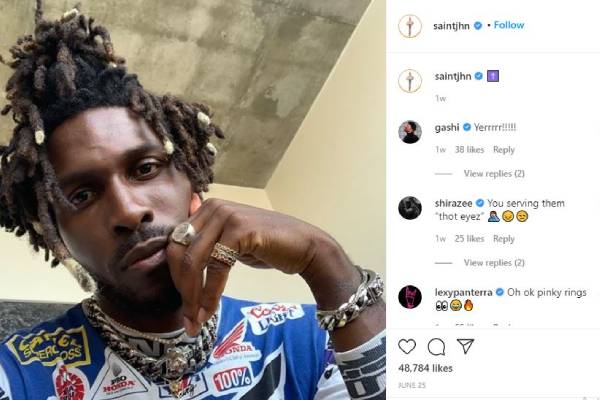 Not only numerous pieces of jewelry, but the rapper's Instagram account also features pictures of his expensive taste in vehicles. Plus, it looks like he has got an eye for Ferraris.

Looking at all of these, we can only guess how enormous the rapper Saint Jhn's net worth is.