Burna Boy Net Worth - Says He Is Worth More Than $3.5 Million

Home Net Worth Burna Boy Net Worth - Says He Is Worth More Than $3.5 Million. 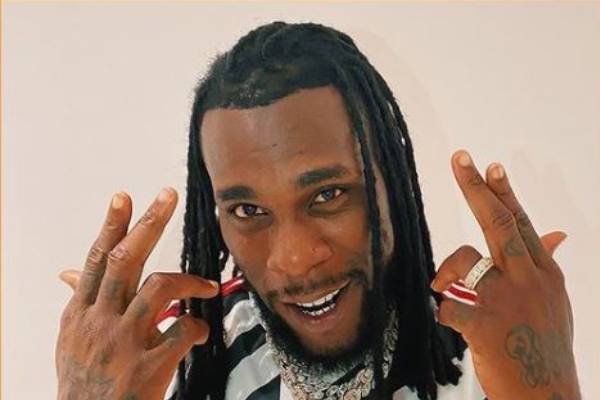 Burna Boy's net worth of $3.5 million comprises of his earnings as a music artist. Image Source: Burna Boy Instagram.

Damini Ebunoluwa Ogulu Rex or mostly known as Burna Boy, has been active in the music industry since 2012. He has garnered massive attention due to his unique music style, which he has named afrofusion.

Due to the unique music style, he has developed over the years, the Nigerian artist has not only amassed a large following but also earned a vast fortune. From his considerable success in the music industry, Burna boy's net worth is estimated to be $3.5 million.

Burna Boy Net Worth And Earnings

Burna Boy has been making chart-topping music for years now. As a result, he has earned a vast fortune over the years. According to Capital Xtra, he has an estimated net worth of $3.5 million.

Damini Ogulu was raised in Nigeria and was surrounded by music since he was young. He began making his own beats using FruityLoops at a young age and continued his passion throughout his childhood. He moved to London to further his studies, and his music career started only after he returned to Nigeria.

Burna first found fame from his single Like To Party in 2012. His music began gaining more recognition in his homeland after releasing few mixtapes and his debut studio album L.I.F.E. The record was released in August 2013 and sold 40K copies on its first day of release. Not only financial, but the album also gained critical acclaim.

Following the success of his first record, Boy continued to produce and release numerous EPs, studio albums, and few mixtapes. He also featured in many songs and remixes from other artists and groups, including Fall Out Boy, Major Lazer, and also was a part of The Lion King soundtrack. All of Burna's albums have gained massive success among fans and critics alike. Some of these records and their respective prices are listed below:

Along with pure sales, all the artists also earn a considerable sum from various streaming services. Burna Boy also pockets millions from streaming services like Spotify, Deezer, TuneIn, and Apple Music. Along with these, YouTube is also a source of income for him. The talented singer boasts 1.18 million subscribers in his YouTube channel and has garnered millions of views in his music videos.

According to Social Blade, Burna Boy's earnings from his YouTube channel is estimated to be $71.8K to $1.1M yearly. This, alongside his income from other streaming services, has had an immense impact on Boy's net worth.

Like many other artists, Burna has also launched his own merchandise line in support of his albums. His merch line includes clothing apparel and even a few accessories. Some of these items, along with their prices, are listed below:

All of the above-mentioned merchandise products are available on the Nigerian singer's online store. Looking at the popularity of the artist, we can say that the income from these product sales must have helped increase Burna Boy's net worth significantly.

With the millions he has earned from his successful music career, Burna Boy currently enjoys a lavish lifestyle. He has debunked the claim that his net worth is more than the estimated amount of $3.5 million. He took to various social media sites and stated that his collection of expensive cars cannot be bought from his estimated net worth. He reportedly owns a Rolls-Royce car and a Ferrari, which cost him millions of Nigerian dollars.

To house his expensive wheels, Burna owns a massive mansion in his home country Nigeria. The property features eight-bedrooms and a swimming pool, among many other features. The singer has flaunted his assets on his social media pages and even did a house tour for his followers. 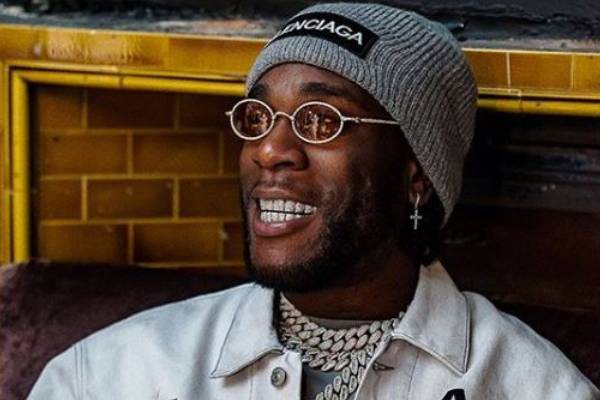 In addition to his house and cars, Burna also owns a slew of expensive jewelry. He owns many diamond neckpieces, watches, rings, and also has diamond teeth. He has shown off his heavily encrusted pieces on multiple occasions, and looking at all of his belongings; it is clear that the talented musician lives a lavish lifestyle.