Home Net Worth Sara Foster Net Worth Vs Tommy Haas Net Worth - See Who Has More Fortune Between The Couple. 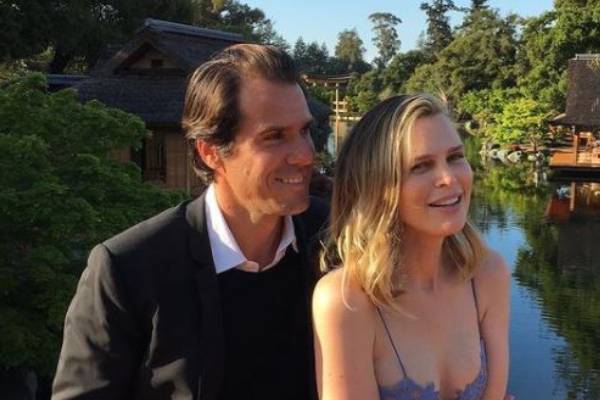 The beautiful married couple, Sara Foster and Tommy Haas, are one of the most talked-about pairs in the world. The pair's professional, as well as personal lives, have been a topic of interest for many people for years. Tommy is mostly known as the German professional tennis player, whereas Sara is a well-known actress and former model.

Born to the famous musician and record producer David Foster, Sara was in the limelight from an early age. She then went on to fulfill her childhood dream and became a model and later earned recognition as an actress. From her successful career in the fashion and movie industry, Sara Foster's net worth is estimated to be $3 million. As for her husband, Tommy Haas's net worth of $5 million comprises of the prize money from his tennis career and endorsement deals.

Sara Foster Net Worth And Earnings

As mentioned above, the former model has earned a fortune from her successful modeling as well as an acting career. In addition to this, Sara Foster's net worth of $3 million also comprises of her earnings from her business ventures.

Sara Foster started her career in acting when she first appeared in the HBO series called Entourage. She then briefly hosted Entertainment Tonight in 2002, which resulted in her being cast in the lead role in the movie The Big Bounce. She has since starred in films like Psych:9, Demoted, and few others.

While these movies propelled her acting career forward, Sara mostly gained recognition from her appearances in the show 90210 as Jen Clark. After this, she partnered with her sister Erin Foster and the two produced and starred in the reality television parody show Barely Famous. The satirical show earned massive success from the audiences and critics alike.

The parody version of American reality shows made a huge buzz in the industry and also helped the sisters earn a significant amount. And as a well-known actress, Sara Foster's net worth must have been heavily impacted by her short but memorable acting career.

After succeeding in the entertainment industry, the Foster sisters were hired as the Head of Creative for Bumble BFF and Bumble Bizz in 2017. The duo has been working hard on brand awareness and pushing women to be creative about their business and lives.

After gaining valuable experiences as the Head of Creative for the Bumble brand, Sara and Erin branched out their business and secured a deal with Disney's 20th Century Fox. They signed a three-year contract with the company and joined as a creative team to develop TV projects. In addition to this, the Foster sisters have also invested in the wine brand, Bev. Their roles as investors have enabled them to collaborate with the company on product development, business, and marketing.

The business-savvy sisters have used their knowledge not only to earn money but also to help women-led businesses. All of these investments and partnership deals have undoubtedly helped increase Sara Foster's net worth in recent years.

Tommy Haas Net Worth And Earnings

As mentioned above, former professional tennis player Tommy Haas has an estimated net worth of $5 million. He has amassed this massive fortune from the prize money he received and various endorsement deals.

Haas started playing tennis from an early age and reached No. 11 in the junior world singles. He started his professional tennis career in 1996 and won his first ATP title in 1999. Since then, his career began gaining traction, and he won many other titles, including a silver in the 2000 Olympic Games. However, Haas has never won any Grand Slam titles in singles and doubles tournaments.

While his career was profoundly affected by numerous injuries, Hass managed to earn a significant amount from the various tournaments he participated in. The German player reportedly earned $13.6 million as prize money in his career, which had a direct impact on Tommy Haas's net worth.

Like many other tennis players, Tommy was also scouted by many companies for endorsement deals. He inked a lucrative endorsement deal with the American tennis brand, K-Swiss, in 2007. He was the brand ambassador for K-Swiss and was featured in various advertising campaigns for the clothing brand.

Few months after his retirement, the sportswear giant FILA announced that Haas had signed a sponsorship deal with them. He has since acted as the brand ambassador for the company and has undoubtedly pocketed an enormous sum from the contract. All of these brand endorsements have helped increase Tommy Haas's net worth significantly.

With the couple is earning millions of dollars individually from their successful careers, Sara Foster and Tommy Haas live a lavish lifestyle. The couple currently lives in Los Angeles with their two daughters, Valentina Evelyn Haas and Josephine Lena Haas. 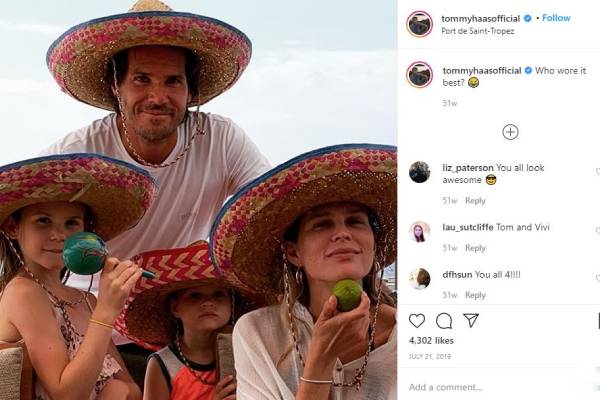 Valentina, who is nine-years-old, just had her room transferred with the help of her mother and interior designer, Ariel Okin. The end-result was documented by People, and looking at the beautiful room, we can see that the family lives comfortably.