Savannah LaBrant Net Worth - Earnings As A YouTuber, Author And Her Clothing Line

Home Net Worth Savannah LaBrant Net Worth - Earnings As A YouTuber, Author And Her Clothing Line. 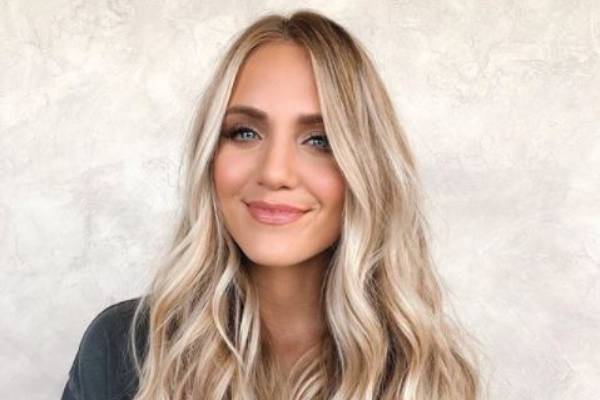 Savannah LaBrant is an American internet personality who has found fame as a part of the YouTube channel The LaBrant Fam. As a family vlogger, LaBrant has gained millions of followers on various social media sites.

Along with a massive following, the famous American YouTuber also has amassed an enormous fortune from her career. Plus, Savannah LaBrant's net worth includes her earnings from endorsement deals and other business ventures.

Savannah LaBrant Net Worth And Earnings

As mentioned above, the American influencer has amassed a massive fortune from various YouTube channels she operates. Savannah LaBrant's net worth also includes her earnings as a photographer, author, and different endorsement deals.

Savannah LaBrant's first YouTube experience came through her eldest daughter, Everleigh Rose's self-titled channel. She established the channel for her daughter in 2016, which gained millions of subscribers in a short amount of time. As of October 2020, the Everleigh Rose channel has around 3.48 million subscribers and has garnered more than 500 million views.

The internet celebrity then started dating Cole LaBrant in 2016 and then created their own YouTube channel, Cole&Sav, now known as The LaBrant Fam. The family channel now boasts 12.7 million subscribers and has garnered millions of views each month. The LaBrant family has documented their lives for years and have gained immense support from their followers through their journey.

The LaBrant family has garnered billions of views on their channels and also earned a fortune through them. According to SocialBlade, the family channel's estimated earnings are between $190K to $3 million. Also, Everleigh Rose's channel has estimated yearly earnings of $43.9K to 701.6K. Since she runs both of the channels, income from them has helped increase Savannah LaBrant's net worth.

After gaining recognition from her YouTube career, Savannah LaBrant launched her clothing line, savlabrantstyle, in November 2017. The fashion blogger and YouTuber's line was very successful, with fans flocking to the official store to buy few products.

However, the clothing line seems to have been discontinued, and their products can't be found anywhere. Nevertheless, Savannah LaBrant's net worth must have been heavily impacted by the success of her line.

Like many other influencers, Savannah also uses her social media pages for advertising products from various companies. She has around 6.7 million followers on her Instagram, and many brands have been featured on her page. Also, LaBrant's daughter, Everleigh, has been approached by various toy companies for sponsorship deals. 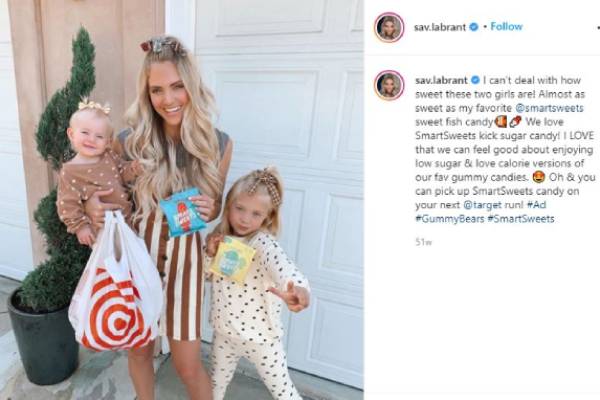 In addition to Instagram, the LaBrant Family's YouTube videos are also sponsored by many companies, including Ashley HomeStore. Since they receive millions of views per video, the endorsement deals are beneficial for both parties. All of these endorsement deals have helped raise Savannah LaBrant's net worth to new heights.

Income From Photography And Book Sale

Long before finding fame as a YouTuber, Savannah used to work as a photographer. She took pictures of her daughter, Everleigh Rose, and showcased them on the site Little Red Rose Photography. The photos garnered attention from millions of people on Instagram, and Savannah and her daughter found much fame. Since becoming famous from her YouTube career and different endeavors, LaBrant has stopped focusing on photography; however, she must have earned a significant amount during her time as a photographer. 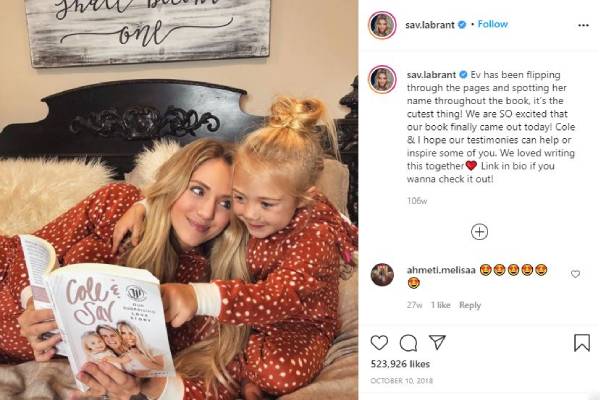 After Savannah started dating Vine star Cole LaBrant, the pair wanted to share their love story with their fans worldwide. The couple then co-wrote their life story titled Cole and Sav: Our Surprising Love Story. The book which costs, $10.77 for a hardcover copy, was published in 2018. It was well-received by their followers, and income from the book sales has undoubtedly helped increase Savannah LaBrant's net worth.

The LaBrant family is among the most well-known YouTube family vloggers and has amassed a fortune from it. As a result, the family who lives in Los Angeles enjoys a lavish lifestyle. They moved to their new home in 2019 and shared their house tour with their millions of followers.