Steffi Graf Net Worth - Besides A Tennis Player, Look At Her Other Income Earning Ventures

Home Net Worth Steffi Graf Net Worth - Besides A Tennis Player, Look At Her Other Income Earning Ventures. 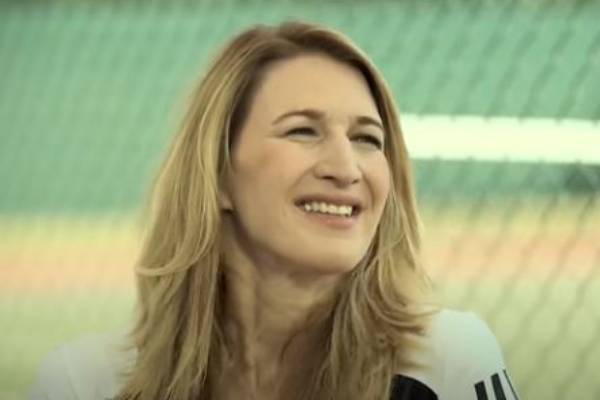 Steffi Graf is regarded as one of the most successful tennis players in history. The now-retired professional has established herself as one of the best female players in tennis, and the extensive collection of Grand Slam trophies proves it. She was also the first tennis player to achieve the career golden slam.

With all the grand titles to her name, she has earned millions from the prize money and also many endorsement deals. And according to Celebrity Net Worth, Steffi Graf's net worth is estimated to be $30 million.

Steffi Graf Net Worth And Earnings

As stated above, Steffi Graf has an estimated net worth of $30 million. She has amassed this massive fortune from the prizemoney she earned as a tennis player and from various endorsement deals.

Income As A Tennis Player

Steffi Graf was first introduced to tennis by her father, Peter Graf when she was just three. She began practicing at a young age and then won prizes at various junior tournaments before debuting in the adult tournaments in 1982. She started gaining attention after her demonstration game in the 1984 Olympic Games.

Graf won her first grand slam tournament in 1987 when she won the French Open title beating Martina Navratilova in the final. After this, she went on to win numerous grand slam titles, including the Australian Open, US Open, and Wimbledon. She asserted her dominance in the game when she won all the major titles in 1988 and also an Olympic Gold the same year.

Not only singles, but Steffi also found similar success on the doubles category. She won the Wimbledon championships and many other tournaments with her partner Gabriela Sabatini. She has twenty-three grand slam titles to her name, twenty-two as a singles player, and one in the doubles tournament.

From all of the championship trophies she won during her career, Graf earned a whopping $21 million as the prize money alone. She was ranked world number one by the Women's Tennis Association for 377 weeks, which is a record that no other male or female player has broken. After years of dominance in the game, she retired in 1999 due to health issues. All of Steffi Graf's earnings from her highly successful career undoubtedly helped increase her net worth significantly.

How Much Did Steffi Graf Earn From Endorsements?

With so many titles under her name, Steffi was one of the most notable faces in the tennis world and was approached by many brands for endorsement deals. She had an endorsement deal with Adidas for years and also had a sneaker line known as St. Graf Pro Line. This collaboration was a huge success, and Adidas re-released the line a few years later.

Along with Adidas, Graf also had endorsement deals with companies like Opel, Rexona, Teekanne, Danone, Citibank, and many others during her career. She has also starred in commercials for many products along with her husband, Andre Agassi.

She became the brand ambassador of Kerela tourism in 2015 and also promoted the Ayurvedic technique in the western world. From all of these deals, the talented player has earned millions of dollars in a year, which definitely had a significant impact on Steffi Graf's net worth.

After retiring from professional tennis, Graf, along with her husband, founded their own company, Agassi Graf Holdings. Through this company, the couple has invested in many establishments like a nightclub named PURE and many others. 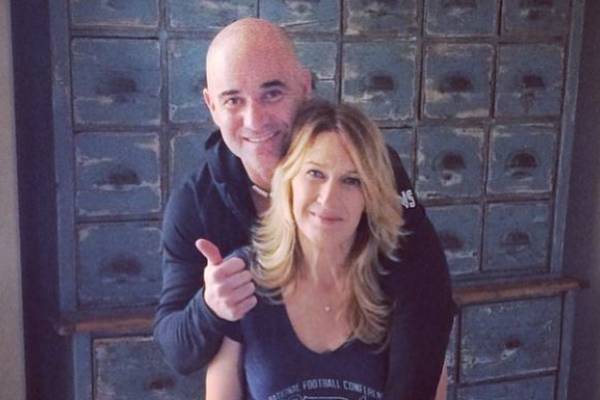 The pair also collaborated with the high-end furniture makers Kreiss Enterprises and launched their own furniture line known as Agassi Graf Collection. All of these business ventures must have helped raise Steffi Graf's earns exponentially. And as for her husband, Andre Agassi has an estimated net worth of $175 million.

With the massive fortune she has earned from her tennis career, Steffi Graf lives a comfortable lifestyle with her husband and children. The family currently lives in a beautiful mansion in Las Vegas, Nevada. The house which was bought by the couple together is equipped with a tennis court, among other amazing features.

She previously divided her time between New York City, where she owned a penthouse, and in her own house in Florida. It was reported that Graf had put up her Florida house for sale. This shows the comfortable lifestyle that the former professional tennis player enjoys.

While Steffi enjoyed much success in her career and business ventures, she also had to go through many legal troubles over the years. In 1997, her father was charged with tax evasion from her earnings. He was found guilty and had to serve four years of jail time. The judge exonerated the player saying she had no part in the process.

Not only this, but the decorated player also went through various court battles after her retirement. She had to go through these tough times in regards to her business ventures and has since resolved these cases.