Zach Woods Net Worth - Income And Earnings As An Actor

Home Net Worth Zach Woods Net Worth - Income And Earnings As An Actor. 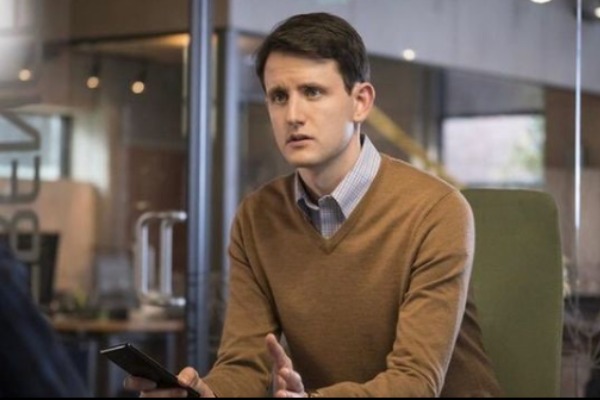 Zach Woods isn't an unfamiliar name in the acting industry. The 36-year-old has been consistently involved in acting for almost two decades and is not slowing down anytime soon. He first came into the limelight after bagging the role of Gabe Lewis in the NBC sitcom The Office. Fans were delighted once again when he made his appearance in another popular comedy show. Silicon Valley.

Zach has amassed a massive fortune from his acting career. With more than fifty acting credits, he has been phenomenal. Apart from acting, Zach has also been involved in some writing and producing, and his wealth speaks for it. According to Celebrity Net Worth, Zach Woods' net worth is currently valued at $5 million, so let's break down how he earns his money.

Zach Woods Net Worth And Career

As we mentioned above, American actor Zach Woods' net worth is currently $5 million; almost all of it contains his earnings as an actor. With more than fifty acting credits, his wealth is totally believable. From Trenton, New Jersey to Hollywood, Woods' rise to fame was totally through his hard work and dedication. So, let's see what type of roles he has played over the years, which makes most of his fortune.

Zach Woods got into acting from the theatre at the age of 16, but his first role on the silver screen came through the movie Terrorists. And since then, he has played a multitude of characters spread across a lot of movies. Even though he gained most of his popularity through TV series, which we will be discussing later, Woods has played in some blockbuster movies over the years. He has also done voice acting on multiple occasions, which clearly shows how versatile he is. Some of the popular movies, along with their domestic box-office collection, Zach has been part of are listed below:

Zach has been part of a lot of movies that have earned millions of dollars at the box office. And the list above clearly shows that. Moreover, he also had some major roles in those movies, and he was obviously one of the fan favorites. It is not sure how much he really earned from the movies, but we can safely say it must be millions given his time and commitment.

TV shows have definitely been Zach Wood's forte. The actor has played some memorable roles throughout the years, and he even gained his fame through the TV shows he has played. Zach first debuted on the small screen through the TV series The Stepfathers in 2006, but his first major role came through The Office in 2010. He became a series regular after his performances. As The Office is considered one of the best TV shows of all-time, Zach must have made millions from it.

Zach Woods' other major roles in TV include Silicon Valley, which aired its final season in 2019. He also has recurring roles in TV series like Playing House and UCB Comedy Originals. Zach is currently playing the role of Matt Spencer in his ongoing TV series Avenue 5, which is a science-fiction comedy show created by Armando Iannucci. Zach is a huge star now, so he must be making quite a lot of money from his ongoing projects.

Zach Woods has made millions of dollars of fortune on his own, completely from scratch, and is currently living a lavish and luxurious life. He currently resides in Los Angeles, California, where he recently bought a French-inspired house for a whooping price of $1.7 million. The house was built in 1946 and was renovated twice in the '60s and 2017. The house itself is 2,000-square-foot and offers three bedrooms and 2.25 full bathrooms on a nearly 6,000-square-foots property. Needless to say, Zach Wood is living a time of his life.