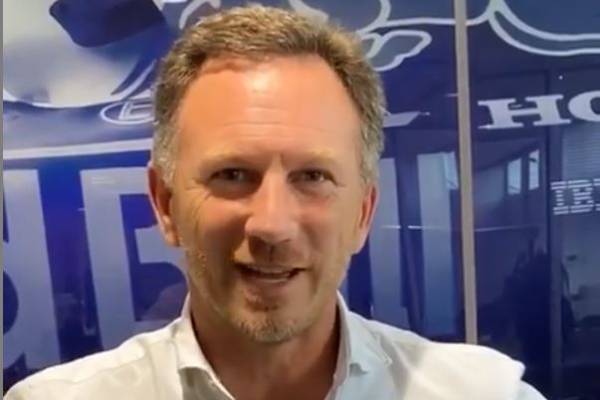 Christian Horner is a retired racing driver who is now the Team Principal of the Red Bull Racing Formula One team. Horner started his career in the early 1990s and then transferred his focus to executive roles after retirement.

Due to his continuous success, the British racing driver has garnered significant attention from around the world. Also, Christian Horner's fame also comes from his relationship with the Spice Girls member, Geri Horner (formerly Halliwell).

Christian Edward Johnston Horner was born in Leamington Spa, Warwickshire, England, on November 16, 1973. He grew up surrounded by cars as his family was heavily involved in the car industry. Horner's grandfather was a purchasing manager for the Standard Motor Company. His father, Garry Horner, and grandfather then started their own agency to supply parts to manufacturers in the English Midlands.

Christian was raised alongside his brothers, Jamie Horner and Guy Horner, by his mother, Sara Horner. He attended the Arnold Lodge School and later at Warwick School. While he did not attend any university, he has received an honorary degree from Cranfield University for his contribution to motorsport.

Christian Horner Net Worth And Career

From his racing career and his position as the current Team Principle of a Formula One team, the British racing driver has amassed a massive fortune on his name. According to Celebrity Net Worth, Christian Horner's net worth is estimated to be $50 million. Other sources have estimated his total net worth at $10 million. Whatever be the case, one can see that Christian is a rich man with millions of dollars to his name.

Christian Horner became interested in racing at the age of twelve after he got a go-kart as a birthday gift from his parents. He started racing in a category called Junior Booster and then received a scholarship from Renault in 1991. Things went well for the young racer, and he was getting lucrative deals from Formula three teams soon after. 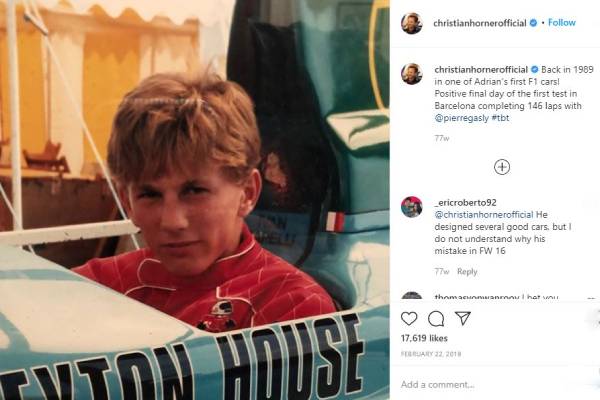 The British driver continued to earn success from the races. He participated in championships like British Formula Two Championship and Formula 3000 International Championship, among others. In 1997, Horner set up the Arden team and reportedly put all money to establish it. While he retired from the sports to focus on building the team, throughout his time as a racer, Christian Horner's net worth must have been massively benefitted from endorsement deals and prize money.

Income From His Executive Position

After retiring as a racer, Horner spent his time developing the Ardent team. The team won numerous championships and put them on the radar of various racing promoters. The former racing driver then joined the Jaguar F1 Team, which was purchased by the energy drink company Red Bull. Horner was appointed as the head of the team and became the youngest team principal at the time.

Christian Horner gained massive success from his team management career. He has led his Red Bull Racing Formula One team, to four World Drivers' Championships and Constructors' Championships. And as the team principal, Horner's salary is reportedly $10 million. From the annual salary and the bonus he gains during the F1 races, Christian Horner's net worth must have seen a constant rise in recent years.

Well, as for his wife, Geri Halliwell's net worth is estimated at a grand of $40 million.

With millions of dollars to his name, Christian Horner lives a lavish lifestyle with his wife and children. He and his wife Geri own two properties: a house in Hertfordshire and a country estate near Banbury. Their Hertfordshire home was where the most anticipated Spice Girls reunion happened.

Horner is also an avid car collector and owns several luxury cars. He owns an Aston Martin DB5, which he bought as a birthday gift for himself. He also has two classic Minis, one of which belonged to Ringo Starr and the other to Paul McCartney. Also, he bought an Aston Martin for $468K as the wedding gift for his wife.

And going through his Instagram account, we can see that the years of hard work have paid off, and the former racer is enjoying his life with his family.

In addition to his career, Christian also gained recognition due to his relationship with Geri Halliwell. The loved-up couple announced their engagement in 2014 and then got married on May 15, 2015, in Bedfordshire. The pair then welcomed their first child, Montague George Hector Horner, in January 2017. 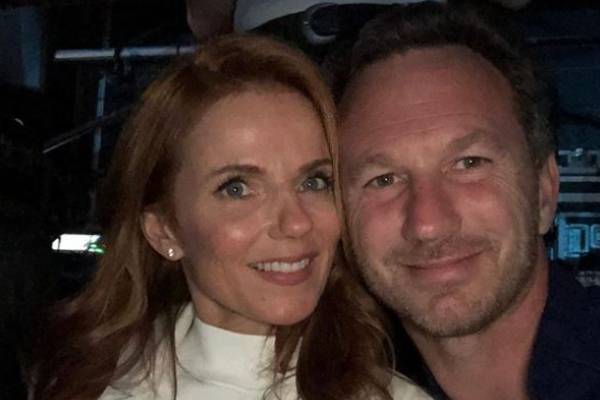 Before his relationship with the former Spice Girls member, Horner dated Beverley Allen for about fourteen years. The former couple has a daughter, Olivia Horner, together. He is also stepfather to Geri Halliwell's daughter, Bluebell Madonna Halliwell, from her previous relationship.