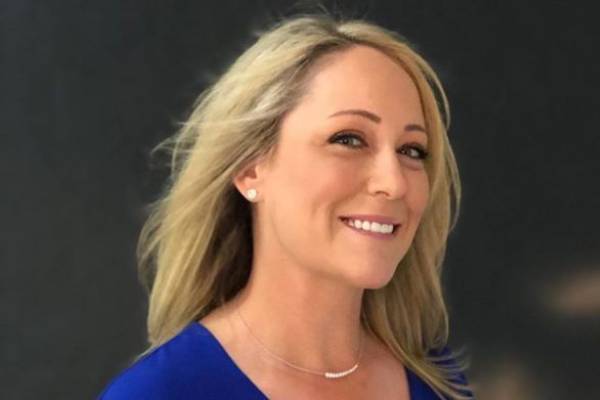 American professional golfer Cristie Kerr has been playing professionally since 1996 and has won numerous LPGA Tour. She has also been ranked first in the Women's World Golf Rankings several times and is considered one of the best female golfers.

With so many professional achievements to her name, Cristie has found immense fame from her career as a professional golfer. As a result, Kerr's biography and other personal details are a topic of interest for many fans.

Cristie Kerr was born in Miami, Florida, on October 12, 1977, to parents, Linda Kerr and Michael Kerr. She has an older half-sister from her mother's side, who is ten years older than her. While growing up, Kerr played numerous sports, including tennis but fell in love with golf after she started playing at age eight. 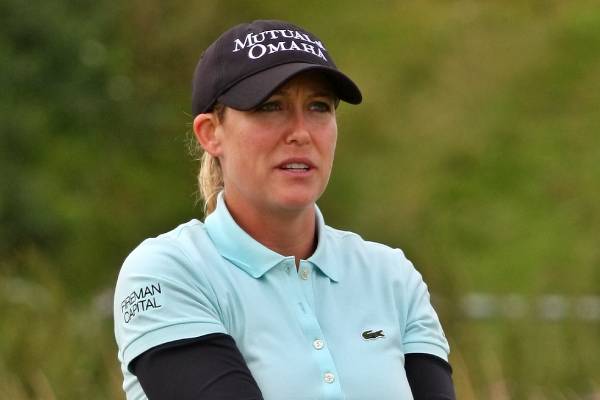 Both of Kerr's parents were athletes during their school days. Her mother, Linda, was a swimmer, and father, Michael, played baseball. While they did not make it to the professional level, both of them pushed Cristie to pursue sports since she was a kid. She then started playing golf and was also part of the golf team in her high school, Miami Sunset High School.

Cristie Kerr Net Worth And Career

Since holding her first golf club at the age of eight, the American golfer has won many major tournaments and earned millions from the prize money. According to Celebrity Net Worth, Cristie Kerr's net worth is estimated to be $7 million, which comprises of her earnings from her long and successful golfing career.

After a fantastic amateur career, Cristie Kerr turned professional at the age of 18 in 1996. Her LPGA career started slowly, and she won her first event at the Longs Drugs Challenge in 2002. After this win, Kerr's career took off, and by 2004 she had a fifth-place finish on the money list.

Kerr continued her winning streak on numerous tournaments as the year went by. She won major championships including, the US Women's Open in 2007, and also was a member of the US Solheim Cup team in 2002, 2003, and 2005. From all of these wins, Cristie has won millions in prize money. Following are some of her yearly earnings as a professional golfer:

As seen above, the professional golfer has earned millions from her professional career. She has reportedly accumulated over $19 million on career earnings, which has helped increase Cristie Kerr's net worth significantly.

In addition to major achievements, Cristie's golfing career also includes the gossip about her team, especially her caddies. She has worked with six or seven caddies throughout her career, including the one she fired, rehired, and fired again. Currently, Kerr's caddie Cole Pensanti and trainer have helped her get back on track for upcoming tournaments.

Along with her golfing career, Cristie Kerr has also found significant success as a businesswoman. She has established two wine company, both of which has done profitable business over the years. She first established Curvature Wines with Suzanne Pride Bryan, co-owner of the Pride Mountain Vineyard.

Cristie then co-founded her second wine company, Kerr Cellars. The wine from this cellar is handcrafted by Helen Keplinger, who is a renowned winemaker. Wines from both of the cellars can be bought online, and there are also few gift items available for purchase. Some of the wine and gift items and their respective price are listed below:

Most of the items are produced in a specific quantity and can be bought from the official Kerr Cellars store. The sales from the Curvature Wines go to Kerr's foundation, Birdies for Breast Cancer. These wine products are popular among consumers and are featured in wine cellars of many leading restaurants, country clubs, and private collections. As the co-owner of these companies, Cristie Kerr's net worth has heavily benefitted from her wine companies' earnings.

Talking about relationships, Cristie Kerr is a married woman. She is married to the businessman, Erik Stevens, who she wed in 2006. Speaking with Doug Shafer in his podcast, The Taste with Dough Shafer, the professional golfer revealed that she was engaged to another man during the time of her meeting with her current husband. Kerr broke off her engagement with her fiance, a Marine, and a year later, she started dating Erik.

Cristie Kerr's husband, Erik Stevens, was her agent at the time and helped established most of her business outside golf. He serves as the President of Kerr Cellars and is very supportive of his wife's career choices. 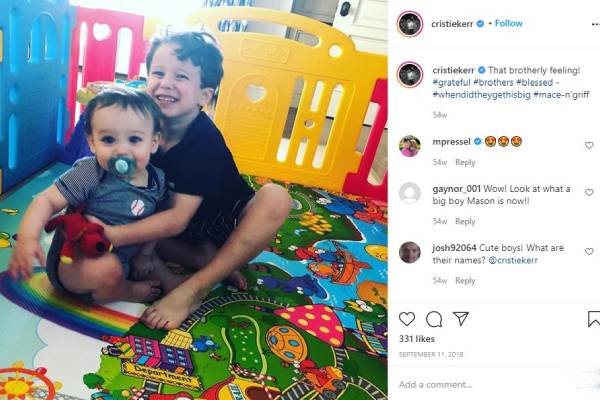 In the fourteen years of their marriage, Kerr and her husband, Erik, have been blessed with two boys. The couple welcomed both of their boys via surrogacy since Cristie was diagnosed with endometrial deficiency years ago. Their first child, Mason Kerr Stevens, was born on December 8, 2013, and their second child, Griffin Stevens, was born on August 28, 2018. The family of four is currently based in Scottsdale, Arizona, and living their life in happiness.