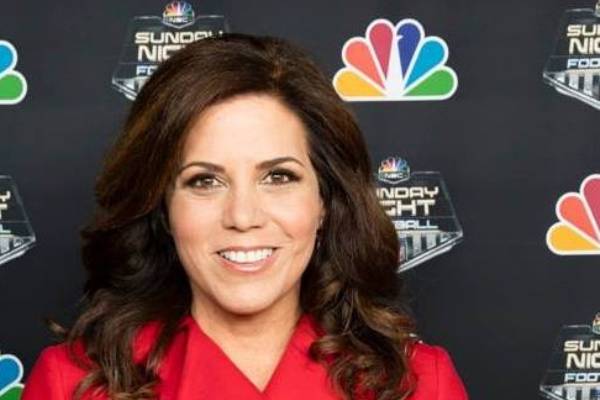 Considered as the best sideline reporter by many, Michele Tafoya is known for the 'Sunday Night Football' on NBC. Her flawless speaking abilities make her one of the best in the business. Tafoya is a key member of the show's success, and she is even cited as one of the most likable personalities on TV. Along with announcer Al Michaels, she has attracted many fans to football.

Michele joined the hosting scene pretty early after she finished her education. Because of her charisma and cheerful voice, viewers had already noticed her. She was also considered a trendsetter later on in her career. Michele has been incredibly successful for almost more than two decades. We will go through some of the key moments of her in this short bio.

Michele was born on 17 December 1964 in Manhattan Beach, California, USA, to mother Wilma Conley Tafoya and father, Orlando Tafoya. She revealed on KQRS Morning Show on November 6, 2018, that she was born Michele Joan Tafoya.

Michele Tafoya's parents were expecting a boy because she had kicked so hard in her mother's womb and were going to name the boy Michael John but went with the name Michele Joan when they had a girl. 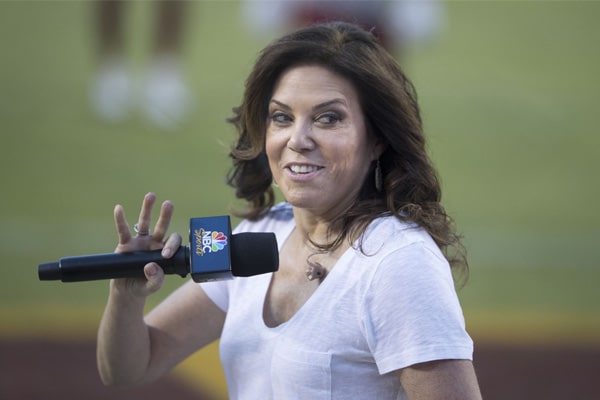 Michele graduated from the  University of California, Berkeley, in mass communications and got her master's in business administration from the University of Southern California in 1991. She worked as a host and a reporter for different platforms like KFAN-AM and WAQS-AM in her early days. She was also the first female to call UNC-Charlotte men's basketball games.

Michele Tafoya Net Worth And Career

According to Celebrity Net Worth, Michele Tafoya's net worth is currently estimated to be around $2 million, most of which is made up of her earnings as the lead sideline sportscaster. Michele's commendable fortune comes from her excellent vocal abilities and brilliantly analyzed commentaries.

Michele got her big break from the sports anthology show 'CBS Sports Spectacular,' which aired on CBS. In 1996 she made history by becoming the first woman to call television play-by-play of an NCAA tournament game. She also won the Gracie Award for "Outstanding Achievement by an Individual On-Air TV Personality" for her play-by-play calling of WNBA games on Lifetime Television.

Michele later joined ESPN and ABC, where she steadily increased her roles. She got featured as a sideline host on ESPN's 'Monday Night Football' and ABC's 'Monday Night Football.' Michele also reported the 2000 Sydney Olympics for Rhythmic Gymnastics and as the play-by-play woman for softball from a loan deal to NBC Sports. She also did the NBA games on ABC and ESPN. She had already solidified her role as a more than competent sportscaster, so her early days' earnings must have increased her fortune by a lot.

Michel joined NBC sports in 2011 after a decade long career at ABC and ESPN. She was reunited with her colleague Al Michaels in the 'Sunday Night Football' and has worked consistently ever since. She replaced Andrea Kremer as a full-time sideline sportscaster for NBC.

Tafoya has an annual salary of $200,000, and her career is just getting better and better so, we may see her salary skyrocketing pretty soon. She has won the Sports Emmy for Outstanding Sports Personality – Sports Reporter three times, and she is the only person nominated in all nine years of the award’s existence. According to NBC, the SNF averaged 20.0 million TV viewers in 2019, which is an amazing feat, and Tafoya is one of the keys.

Michele married her husband, Mark Vandersall, in 2000 and is happily married ever since. The couple had a boy named Tyler Vandersall in 2005. Michele is pretty secretive about her personal life. She is not that active in social media as well, so more about her personal traits is unknown than known. As per the Star Tribune, she and Mark were planning to adopt a daughter in 2008, and looking at her Instagram posts, they probably got her. The name of Michele Tafoya's daughter is Olivia Vandersall.

Michele Tafoya's outfits also grab the attention of the audience, be it her 1920s themed dress up or her formal and professional attires to fight the stereotypes. Her role has solidified others to join her career path. She is pretty active on Twitter too, but it features most of her professional work and social ongoings. The sportscaster seems to love privacy. So let's hope we get to know more about this amazing personality.