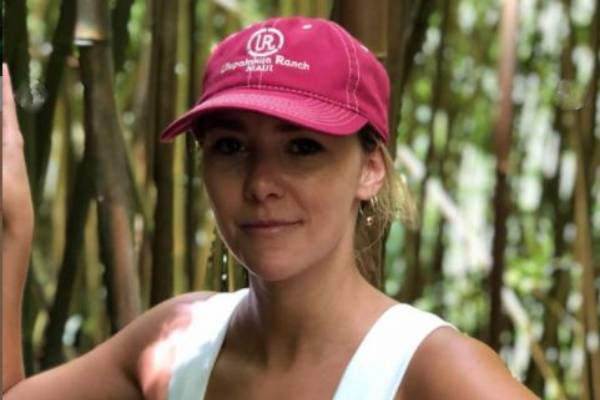 Mollie Gates has worked on many well-known movies and tv-series as a costume designer. Image Source: Thomas Middleditch Instagram.

The film industry in America is filled with many talented people both on and off-screen. While there are many actors and actresses who grace our screens, there are even more skilled individuals behind the scenes who make our movie experiences enjoyable. But unlike the stars, these off-screen workers are often neglected and don't find much fame.

One such off-screen star who has created magic as a costume designer is Mollie Gates. She worked on the costume and wardrobe department of movies like The Twilight Saga- Breaking Dawn and Palm Springs and also the television series Togetherness. She is also recognized as the estranged wife of actor Thomas Middleditch.

So, let's learn more about Mollie Gates' biography and her other personal details, including the reason behind her divorce from her husband Thomas Middleditch.

Mollie Gates was born in Opelousas, Louisiana, to parents, Jim Gates and Cindy Gates. She celebrates her birthday on May 6th and was born in the year 1987. She grew up alongside her sister, Rachel Gates, who now goes by Rachel Gates Herbert. And while she does share her surname with billionaire Bill Gates, Mollie is not related to the business tycoon. 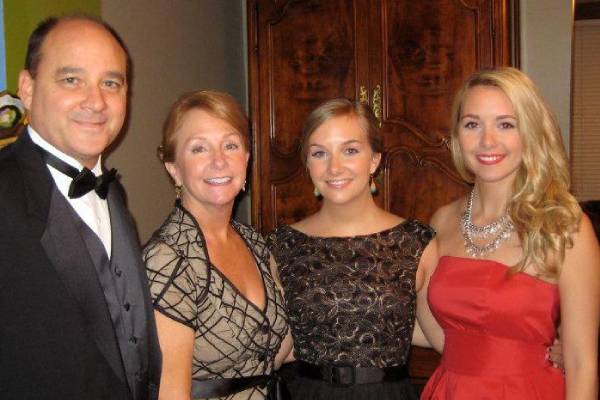 The costume designer had been interested in the world of fashion from an early age and wanted to pursue a career in it. Gates graduated from the Academy of the Sacred Heart and attended Louisiana State University, where she studied apparel design. During this time, she interned for Paper Magazine clothing line and also a New York-based celebrity stylist.

A career in fashion is vastly different from what Mollie Gates' parents might have envisioned for her. Her father, Jim, is actually an attorney based in Louisiana, and he must have dreamt of his little girl following in his footsteps. However, neither Thomas Middleditch's estranged wife nor her sister, Rachel, studied law and rather chose to make their own path in terms of career.

Mollie Gates Net Worth And Career

As stated above, rather than following in her father's footsteps and studying law, Mollie Gates chose to pursue a career in fashion. While she was finishing her last course in apparel design at LSU, Gates got the opportunity to work on the final two installments of the Twilight saga.

Mollie Gates was part of the costume and wardrobe department of The Twilight Saga: Breaking Dawn part I and II, and this was her first official job as a wardrobe assistant. According to IMDb, she worked as a set costumer and additional costumer in films like Django Unchained, Flying Monkeys, and Dallas Buyers before becoming the costume production assistant in an episode of Silicon Valley in 2014.

Gates has continued to work on the costume department of many television series and films, including Comedy Bang! Bang!, Togetherness, The Bronze, Left Behind, and Mississippi Grind. Mollie worked as a set customer in many of these projects.

As per Glassdoor, on average, a set costumer earns $60,865 per year. However, the salary varies according to the projects' budget scale, and some might even earn additional cash compensation for their work. Therefore, Mollie also might also earn $60K per year as a set costumer or even more.

However, she also secured the costume designer's job in a few projects like Yvonne, Joshy, and In the Bag, which might have paid her handsomely. While it is unclear how much she is paid for her works, there is no doubt that Mollie Gates' net worth has been heavily impacted by her total earnings. Well, as for Mollie's estranged husband, Thomas Middleditch's net worth is estimated to be $7 million.

Apart from her career in the film industry, Mollie Gates is also recognized for her relationship with actor Thomas Middleditch. The Silicon Valley actor and costume designer were married for more than four years, but Gates filed for divorce in May 2020.

Mollie Gates and Thomas Middleditch first met while filming the 2014 movie Search Party. Thomas was portraying the character, Nardo, in the movie while Mollie was a set costumer. Sparks flew, and the pair started dating, and after the filming ended, Gates moved to Los Angeles to be with her boyfriend.

After nearly three years of dating, Thomas popped the question, and Mollie accepted the proposal. They got married in August 2015 in Middleditch's hometown of Nelson, British Columbia, Canada. To outsiders, the pair seemed to be very much in love, but their relationship did not last long, and Gates ended up filing for divorce in May 2020. They don't have any children together. 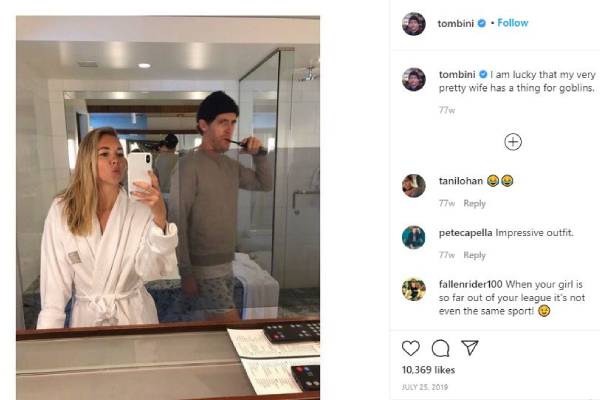 According to People, Mollie filed for divorce citing irreconcilable differences and is also asking for spousal support. However, there were many speculations that the pair separated due to Middleditch's comments about their open marriage. The actor revealed about their marriage arrangements in September 2019 but later revealed that he regretted talking about it.

While there is no concrete evidence regarding the exact reasons behind the divorce, such a public declaration about their marriage might have affected Thomas Middleditch and Mollie Gates' relationship. This, in addition to their own private problems, might have resulted in Gates' taking the big step of ending their marriage.

Neither Mollie Gates nor her estranged husband, Thomas Middleditch, has opened up about their separation. It is understandable since the costume designer is a private person and loves to stay away from the limelight.