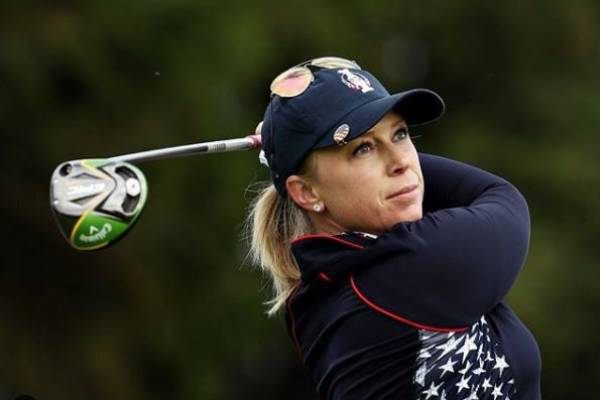 Morgan Pressel is not an unheard name in women's golf. The talented woman is currently playing at the LGPA tour with two LGPA tour wins and five professional wins. She initially came to the limelight in 2001 after being the youngest ever to qualify for the U.S. Women's Open at the mere age of 12.

Morgan's career has seen a significant amount of growth over the years. She had already become a pro by the age of 17 while becoming the youngest-ever winner of a modern LPGA major championship. She has been inspirational and idealistic for other young golfers to look up to. She has reached up to the career-high of fourth in the world rankings.

Morgan was born on May 23, 1988, in Tampa, Florida, as Morgan Lee Pressel. She was born to parents Kathy Krickstein Pressel and Mike Pressel. Growing up, Morgan had a significant role in her Jewish faith. She went to Saint Andrew's School in Boca Raton, a private school affiliated with the Episcopal Church for her highschool while attending Banyan Creek Elementary School and Omni Middle School beforehand.

Morgan was eagerly interested in golf from a very young age, and she even showed that by earning a qualification in the US Open in 2001. Her world tore apart when she lost her mother in 2003 due to breast cancer. After that, she went to stay with her maternal grandparents Evelyn Krickstein and Dr. Herb Krickstein at St. Andrews Country Club in Boca Raton, Florida. A retired physician, Herb is Morgan's coach while also being the father of former top-10 tennis player Aaron Krickstein.

Furthermore, Morgan has a younger sister named Madison Pressel, who played collegiate golf for the University of Texas and won on the Symetra Tour in 2014. She also has a younger brother called Mitchell Pressel.

Morgan Pressel Net worth And Career

Morgan has had an exhilarating career with a fairytale success from a young age. Her amateur career started pretty young while winning eleven AJGA titles, including all five AJGA Invitationals: the 'AJGA Slam.' Although her professional career has not been as illustrious as her amateur, she has managed to pull quite a number of feats like being the youngest ever to win an LGPA major championship. She has earned millions of dollars worth of fortune from her successful run. According to Celebrity Net Worth, Morgan Pressel's net worth is estimated at around $10 million, most of which is covered by her successful golf career. 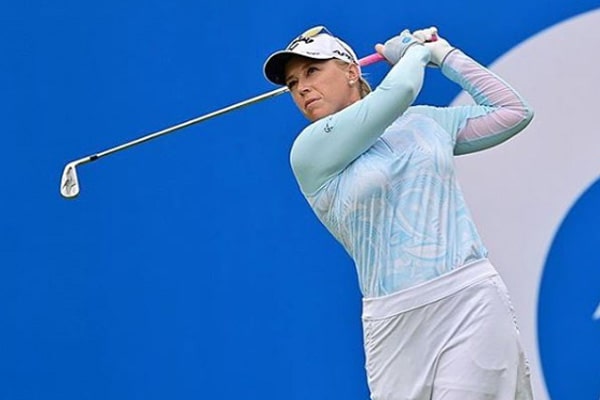 Morgan's massive amount of fortune is due to her golfing exploits, which include Kraft Nabisco Championship in 2007 and the Kapalua LPGA Classic in 2008. Pressel had finished second at the U.S. Women's Open in 2005 and fourth at the Women's British Open in 2013. She has also won the AJGA Player of the Year award in 2005 as well as the  AJGA Nancy Lopez Award in 2006. As a golfer, she is represented by Wasserman Media Group. Well, according to LPGA, Morgan has won over $8 million in career earning alone.

Furthermore, Morgan also has endorsement deals with Callaway Golf, Polo Ralph Lauren, Royal Bank of Canada, and Audemars Piguet. Even though Pressel's career has not been as impactful much recently, she is in her early thirties and has a lot under her sleeve for the future. She has also been featured in the TV Series 'Callaway Live' as herself.

Morgan also has a donations site for her Morgan Pressel Foundation, which focuses on fighting cancer. She probably founded this in honor of her mother, who lost her life due to breast cancer.

Morgan married her husband, Andrew Bush, in January 2013, and the couple has been living happily married life since then. The mow married duo first met at a pro-am event in Tulsa, Okla, in 2007. After dating for more than five years, they tied the knot in 2013. The pair are often seen together from Morgan's Instagram account. As of now, the couple doesn't have children, but reports are saying they are planning for them soon. Morgan has instead found her child in her dog, Zoe. The two can be regularly seen together as Norgan likes to call herself the doggo's mom. 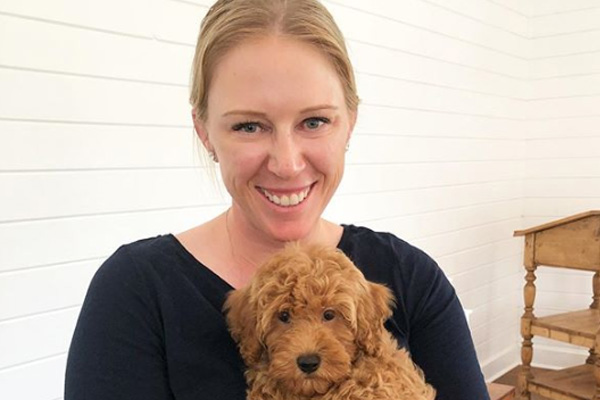 As we go through Morgan's Instagram account, we can see she like to spend a lot of time with Zoe. Both her husband and she look adorable and happy in their photos together. She sure is blessed to have a strong supportive husband and a cute dog by her side all the time.