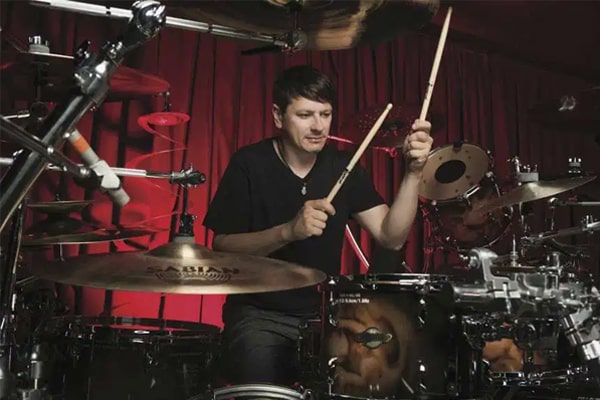 Ray Luzier flourished as one of the greatest drummers in the history of metal rock. Image Source: Modern Drummer Magazine.

Popular as the Nu-Metal band, Korn's drummer, Raymond Lee Luzier, is a talented and prolific music artist. He became a full-time member of the group in April 2009. With an astounding career, the drummer has amassed a massive net worth of $10 million and popularity from his surreal drumming talent.

Ray Luzier was born on June 14, 1970, in Pittsburgh, Pennsylvania. The love for drums for Luzier arose at the age of 5. As for his family, he married his lovely wife, Aspen Brandy Lea on June 29, 2016. The Luzier family is blessed with two adorable sons, Beck Jagger Luzier and Hudson Ray Luzier.

Ray Luzier began to play drums at an early age of five. Although he was self-taught, he participated in high school jazz, concert, and marching bands. He would even bang on pots and pans along to the beats of music. Luzier's parents caught this activity and his dad welded some old coffee cans.

Ray Luzier always said to his parents that he would stay out in Los Angeles if he made a living by making music. The sad thing was that he didn't make money for years.

Luzier graduated in 1988 and moved to Hollywood, California, to pursue an education at the Musicians Institute. In 1989, Ray Luzier graduated with a degree from MI's Percussion Institute of Technology. Later on, he returned as an instructor at MI and taught rock-style drumming classes and gave private lessons too.

Net Worth And Earnings From Drumming Career

Well, Ray Luzier's net worth is estimated at $10 million that he successively built from his fantastic career as a drummer. His official career started after he worked with Van Halen's David Lee Roth, and played drum with him from 1997 to 2005. In 1997, he became Steel Panther's drummer shortly after the band formed and remained with the band for six years. 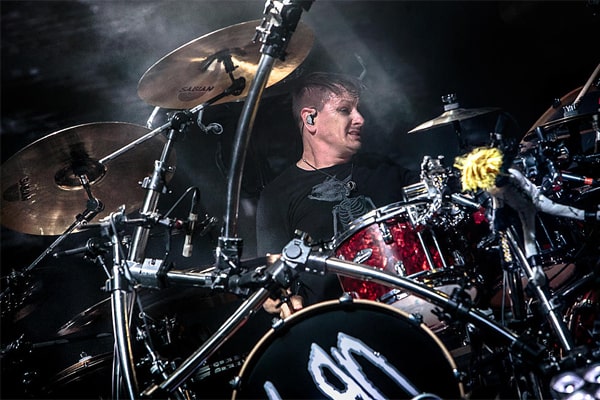 The reason why he separated from the band is that Luzier refused to stop touring with David Lee Roth. He released an instructional DVD with Hal Leonard Publishing Co. that featured a wide variety of lessons like drum fills, double-bass technique, and warm-ups. So, Ray Luzier probably made satisfying earnings from the sales of it. He also collaborated with the Army of Anyone and released the studio album in 2006.

When Korn's former drummer, David Silveria, left the group in 2006, the band hired many touring drummers, including Joey Jordison of Slipknot. However, Jordison left to prepare for the recordings of Slipknot's new album; All Hope Is Gone. Consequently, Luzier flew to Seattle to audition for Korn with James 'Munky' Shaffer and Reginald 'Fieldy' Arvizu.

Ray Luzier impressed the band by learning 30 songs when they had said to learn just five songs. After a fantastic audition, Luzier was immediately called by Korn to join. He played his first show with the band on Jan 13, 2008, in Dublin and was revealed as an official member by Korn's frontman, Jonathan Davis. He even made "UltimateRockGods" Artist Of The Month.

Some of Ray Luzier's albums with Korn are The Path of Totality, The Paradigm Shift, and Korn Live: The Encounter. The albums with its respective price on Amazon are down below:

He probably scooped in massive-shared cash from the band's album sales, tours and concerts. Luzier also played live with Stone Temple Pilots for a couple of shows on their reunion tour. He also released the self-titled CD in 2014 with KXM.

Therefore, Ray Luzier thrived as one of the greatest drummers and gained a massive name and fame in the music industry.

The American drummer has a cool drum kit. He prefers and endorses the Pearl Drums which are Pearl Reference Series and Pearl Crystal Beat. Sabian Cymbals: 21'' AA Rock Ride, 18" HHZ Evolution O-Zone Crash, 19" Manta Ray, 19" Paragon Chinese, etc. are also the ones that are included in his drum-set. 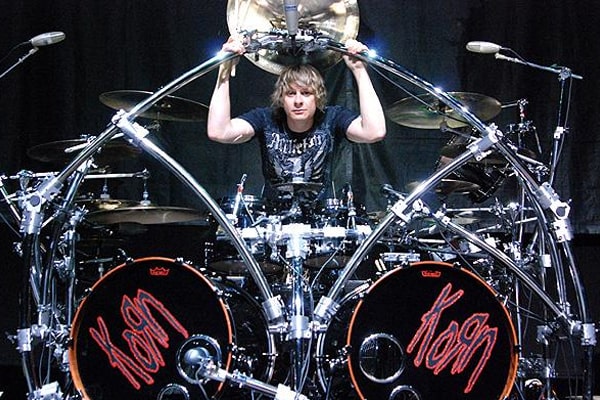 Talking about Ray Luzier's family, he married his longtime girlfriend, Aspen Brandy Lea on June 29, 2016, at the Keys Creek Lavender Farm in Valley Center, California. Surprisingly, no one was invited except their two adorable sons, Beck Jagger Luzier and Hudson Ray Luzier.

Ray Luzier's wife, Aspen, is the founder of a non-profit organization, Rebel For A Change and also the owner and professional photographer of MINGO photography. As mentioned above, the couple is blessed to be the parents of two adorable children.

Plus looking at Ray's social media handle, one can easily see how much he is enjoying his life with his kids and wife.