Home Wikis Shannon Tweed Net Worth - Income And Earnings From Her Acting And Modeling Career. 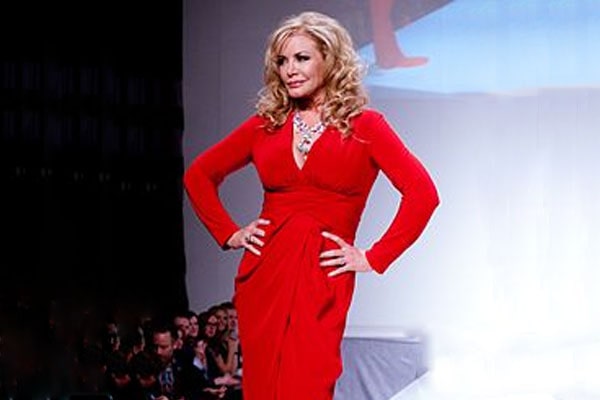 Shannon Tweed's net worth is estimated to be $25 million. Image Source: Pinterest

There are three kinds of people who talk about female celebrities; One who says that actresses are the best, and the other who says that models are even better. The third person's favorite is a model turned actress. It is not uncommon for models to get a job as an actress after a wonderful performance. Among the many such stars, one of them is Shannon Tweed.

The wonderful star has made a career in both modeling and acting and is quite successful. So much so that Shannon Tweed's net worth is at an astounding sum of $25 million. Here is everything you need to know about the star's fortune whose dream came true.

Learn About Shannon Tweed's Net Worth. What Are Her Sources Of Income?

As stated prior, the model turned actress is quite well known for her work. Fans of both movies and modeling admire her. Tweed's work has allowed her to meet many people as well as improve her own skills. Now, Shannon Tweed's net worth has reached a grand amount of $25 million, which is no small feat. As for her husband, Gene Simmons' net worth is an astonishing $350 million. 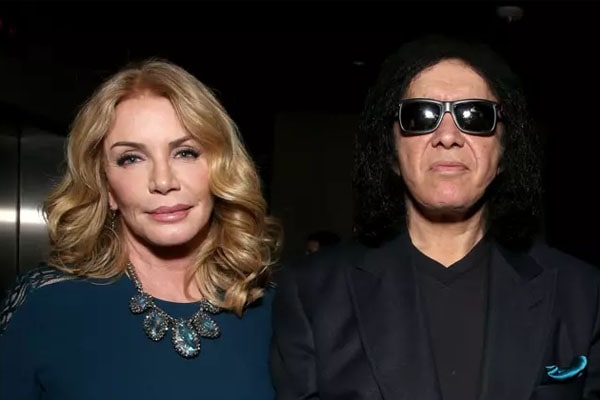 Gene Simmons' wife, Shannon Tweed, has worked hard in her life, and her net worth is a great example of it. Let's take a look at what makes her net worth so grand and what her sources of income are.

As soon as models hit success, fans start storming them. These models become the center of attraction for many and start living a comfortable life. Shannon Tweed's modeling career came to fruition when the Canadian series, Thrill of a Lifetime arranged for her to be on 'Playboy Magazine' in 1981. However, what many people don't know is that Shannon was already involved in beauty pageants and had even secured fourth place in the 1978 Miss Canada Pageant. 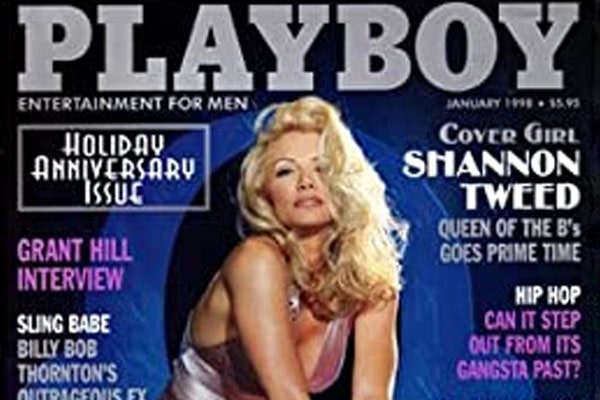 In 1981, Shannon was the Playboy Playmate for the month of November and was even the Playboy Playmate of the year(POTY) in 1982. In fact, since 1982, Playboy Magazine started giving the POTY an astounding $140,000, a car and a motorbike. Whether or not Shannon received this isn't definite but it surely shows that the earnings for a model, especially for one with the title of POTY was not something to scoff at. And as such, it gave quite a boost for Shannon Tweed's net worth.

As stated, Shannon is not only a model but also a great actress. Shannon started her acting career way back in 1982 in the movie Drop-Out Father. The star had just become successful as a model and received her first movie deal. Since then, Shannon has been a part of several movies and TV shows, including Falcon Crest, Days Of Our Lives, Detroit Rock City, Hot Dog... The Movie and many more. 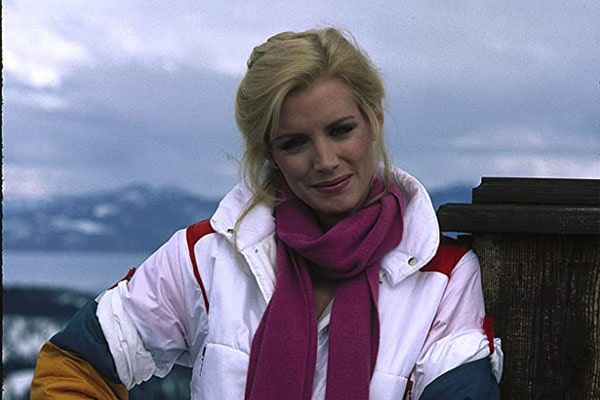 According to Salary, the average salary for an actress ranges somewhere between $38K to $81K. And taking into consideration the endless amount of time Shannon spent on her acting career, we can see how Shannon Tweed's salary must have been higher than average.

Did You Hear About Her Wedding Merchandise?

Gene Simmons' wife, Shannon Tweed, was quite popular by the time the two started dating. And their marriage was as big of an important event. While the two spent quite a bit of money on their marriage, they most probably got it all back. 'Why?' you ask. Well, cause they sold many things away as part of their limited wedding merchandise. 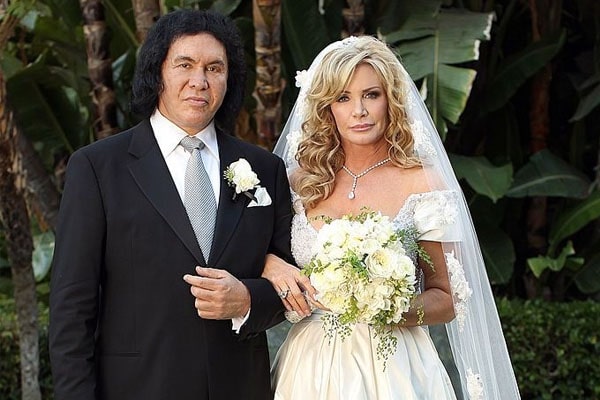 From the acrylic rendering of the couple's wedding invitation to engraved glass chiller and ice bucket, it was all up for sale. Among these special merchandises, some everyday items, including mugs, T-shirts, and coasters, were up for sale too. By the time of Shannon Tweed's and Gene Simmon's wedding, the two had amassed a huge fan base. As such, the earnings from the sales were probably something that added a considerable amount in both Gene's and Shannon Tweed's net worth.

Okay, now we've been over with the small details like net worth and sources of earnings, but now is the time to look at Gene Simmons and Shannon Tweed's lifestyle. To begin with, the couple lives in a 16,500 sq ft house in California. In an interview with This Is Money, Shannon Tweed's husband, Gene revealed that the house is worth anywhere between a staggering $30,739,625 (£25 million) and  $49,183,400 (£40 million.) 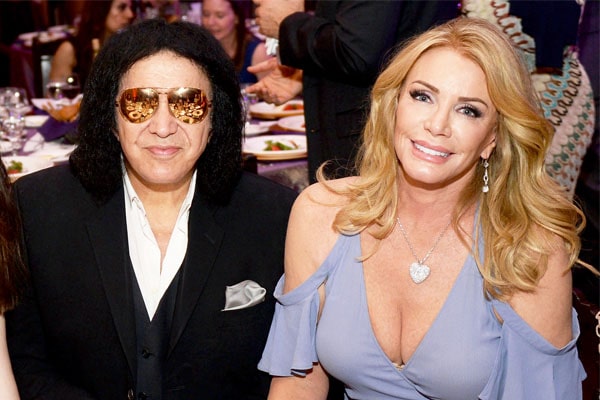 Shannon Tweed and Gene Simmons' children Nick Simmons and Sophie Simmons, live a wonderful life together as a family along with their beautiful pups, Flora, Darby, George, and Gracie. A quick glance through Shannon Tweed's Instagram is also enough to tell us that the star model turned actress also likes to live a healthy life; the only other thing that can complete a rich lifestyle.

Here Are Some Facts To Know About The Model