American actress and model Toukie Smith first came into limelight because of her burgeoning modeling career. She was one of the top models in the industry and worked with numerous high-end brands. Also, she tried her hand in acting and found fame from various movies and television shows.

Along with her works, Smith also gained massive recognition for her relationship with the famous actor and filmmaker, Robert De Niro. Due to their celebrity status, Toukie's life was a popular topic for people to talk about.

Toukie Smith was born as Doris A. Smith on September 25, 1955, to father Willie Lee Smith, who was a butcher and factory worker mother June Eileen Smith. She grew up in Philadelphia, Pennsylvania, alongside her brothers Willi Smith and Norman Smith.

Toukie Smith's parent's divorced when she was just four years old, and then she and her brothers were raised by her mother and stepfather. They lived with her two aunts and loved every second of it. While she was named Doris, her grandmother gave her the unusual nickname "Toukie."

Toukie Smith Net Worth and Career

As one of the most talked-about actresses and models in the industry, Robert De Niro's ex-girlfriend earned a massive fortune from her career in the glamour industry. According to Celebrity Net Worth, Toukie Smith's net worth is estimated to be $3 million.

Toukie Smith followed in her brother Willi Smith's footsteps and pursued a career in the fashion industry. She started her career in modeling in 1972 and worked for brands like Versace, Chanel, Norma Kamali, Patrick Kelly, among others.

Smith was also featured in various magazines and even did a photo campaign for Yves St. Laurent. She was her brother and designer, Willi Smith's muse, and modeled his design in various fashion events. As one of the most sought-out models during that period, her total earnings from her modeling career has definitely made a significant impact on Toukie Smith's net worth.

Income From Acting And Other Business Endeveadours

After gaining much success from her modeling career, Toukie tried her hand in acting. She first appeared in the television show Miami Vice in 1987. She then continued starring in a few movies and series including Me and Him, Talkin' Dirty After Dark, Joe's Apartment, among others. However, her most talked about acting credit is in the tv-show 227, where she played Eva Rawley.

In addition to acting, Toukie Smith also collaborated with her designer brother to launch their clothing line. While the venture was short-lived, they found great joy in working together. She also operated a restaurant called Toukie's Taste and a catering company.

With all the works she has done in the entertainment industry, it is clear that the talented actress earned a massive fortune. There is no doubt that Toukie Smith's net worth of $3 million comprises of her earnings from acting and other business ventures.

While she was living her best life professionally, Toukie Smith had to go through multiple tragedies in a short amount of time. She first lost her mother to liver cirrhosis in 1986. This incident took a heavy toll on Toukie as she saw her mother suffering from the illness up close.

Not even a year later, her brother Willi Smith died of pneumonia on April 16, 1987. It was later revealed that the death was AIDS-related and only tested HIV positive after his hospitalization. Toukie, who was very close to her brother, was profoundly affected by his death.

Hard time did not stop there for the beautiful model as she lost one more important person in her life. Her close friend and confidant Patrick Kelly died only a few years after her brother. Even though life gave her a hard time year after year, Smith came out strong and lived a happy life.

Toukie Smith began dating the famous actor, Robert De Niro, in 1985. He was her rock when she lost her mother, brother, and friend and helped her find her happiness again. The pair became parents in 1995, to twins, Aaron Kendrick De Niro and Julian Henry De Niro. The boys were conceived by in vitro fertilization and were delivered by a surrogate mother. 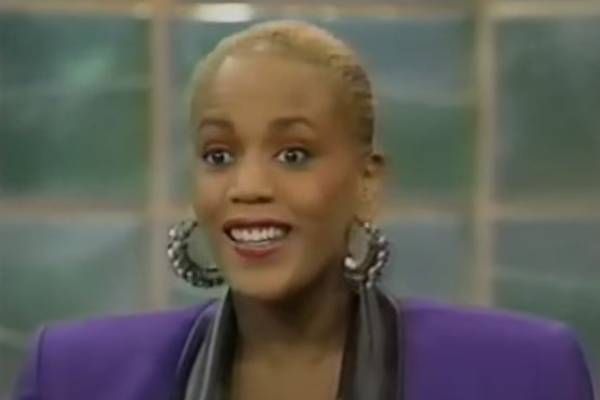 Before the birth of their babies, Smith apparently suffered a miscarriage in June 1988. However, since the couple was very private about their relationship, there was no official confirmation. The duo was together for eleven years and broke up in 1996, and Robert then started dating Grace Hightower. Both Toukie and Robert have refrained from talking about their relationship and their children, too, have lived their lives away from the media.