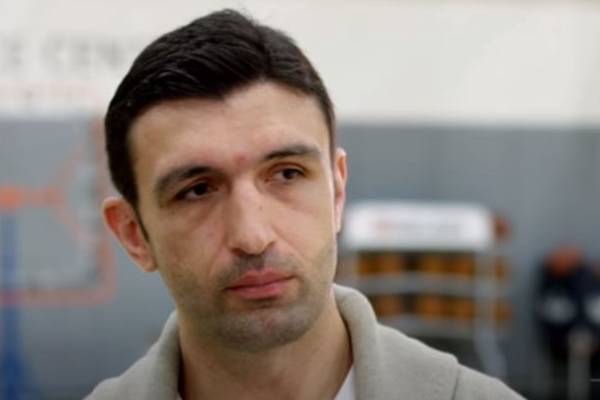 Zaza Pachulia is a Georgian-Turkish basketball player who has made a name for himself in the NBA games. Image Source: Social Media.

Zaza Pachulia is a well-known name among the NBA community. He has been playing in the league since 2004 and has established himself as one of the most memorable players in NBA history due to his on-court skills and rough playing technique.

Zaza Pachulia is regarded as one of the most controversial players of the NBA, but his hard work and impressive abilities have helped him earn massive success in his life. Along with basketball, he has also shown his skills as a savvy businessman on many occasions.

Family And Early Life In Georgia

The six-feet eleven inches tall player was born on the 10th of February, 1984, in Tbilisi, Georgian SSR, the Soviet Union as Zaur Pachulia to father, David Pachulia, and mother, Marina Pachulia. He grew up playing basketball and, at the mere age of thirteen, was already six feet eight inches tall. His massive frame worked in his favor and resulted in him being scouted and recruited by Ülkerspor, a Turkish professional basketball club. Pachulia was just a teenager when he was recruited and also became a member of the junior national team of Georgia soon after.

As a part of Ülkerspor and Georgian national team, Pachulia participated in various tournaments and even won a few of them. He has continued to work in his home country and also established a basketball academy there to help hone skills of other rising players. And while he still resides in the States, he has not forgotten about his roots and has helped his country in more ways than one.

Zaza Pachulia Net Worth And Earnings

As one of the most well-known figures in the NBA scene, the Georgian player has earned millions over the years. And along with his basketball career, he has also invested in a few business ventures, which has resulted in Zaza Pachulia's net worth to be $13 million.

After spending a few years with Ülkerspor, Zaza was drafted by the Orlando Magic in the 2003 NBA draft. He has signed with and played for various teams in the NBA, including Milwaukee Bucks, Atlanta Hawks, Dallas Mavericks, among others. He even won the NBA championships with Golden State Warriors and became the first Georgian player to lift the trophy. As a well-known player in the game, Zaza Pachulia's salary and yearly earnings saw steady growth over time, and some of which are listed below:

The NBA player has earned millions as a part of various teams before his retirement in 2019. He has since joined the Warriors as a consultant on both business and basketball. All of his earnings from his NBA career has undoubtedly helped increase Zaza Pachulia's net worth significantly.

Using his hard-earned money from his basketball career, Pachulia has invested in various business ventures in his homeland. He is the owner of two hotels, Hotel ZP and ZP Palace Hotel in Tbilisi, Georgia, which were established in 2006 and 2013, respectively. He has also opened a basketball academy which helps the interested young ones in his home country.

In addition to the hotels, he has also partnered and is the brand ambassador of the sneaker brand CROSTY which is based in Georgia. All of these investments have not only earned millions for the player but also helped in the tourism sector of Georgia. For his effort, he received the Order of Honor from the Georgian President in 2017.

While he is known for his on-court temper and dirty playing tactics, off-court, Zaza is a loving husband to his wife and four children. He reportedly met his wife, Tika Pachulia, in 2007 and started dating soon after. The two met after the former NBA player watched Tika perform with the Georgia National Ballet. 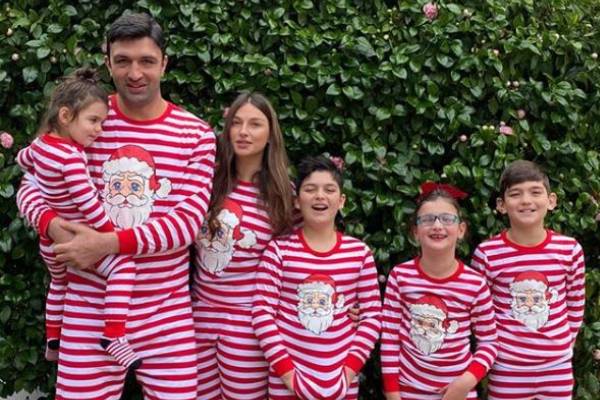 The pair got married in 2008 and have been blessed with four beautiful babies. They have two sons, Davit Pachulia and Saba Pachulia, who have been seen training with their father. The boys seem to be following in their father's footsteps. The couple's two girls, Mariam Pachulia and Nusta Pachulia, have yet to show their abilities and interest in the game.

Both Tika and Zaza have been active in social media and are seen sharing pictures of their children regularly. They have used their pages to keep their fans updated in their life. Zaza has 303K followers on his Instagram, while his wife has 41.8K on hers.

The duo has used social media for personal and professional purposes; however, due to an altercation during a game, the family received death threats on the same platform. Zaza was involved in an accident with San Antonio Spurs' Kawhi Leonard in 2017 and got many threats. As a result of this, security had to be placed in the school which Pachulia's children attended.

With the millions, he has earned from his career, and various business ventures, Zaza Pachulia and his family live a lavish lifestyle. While the family currently resides in San Fransico, the NBA player has had multiple properties in his name over the years.

In 2018, Pachulia sold his penthouse in Bay Harbor Island for $1.13 million. He had bought this condo in 2004 for $1.33 million and suffered loss during the selling of it. He has also put his Atlanta house up for sale, which he paid $700K in 2005. Along with these, he has also invested in multiple real estate in his home country, which shows that he enjoys a comfortable lifestyle.