Home Entertainment 7 Facts About Breana Tiesi, She Is Nick Hogan's Ex-Partner And Is She Still Casper Smart's Girlfriend?. 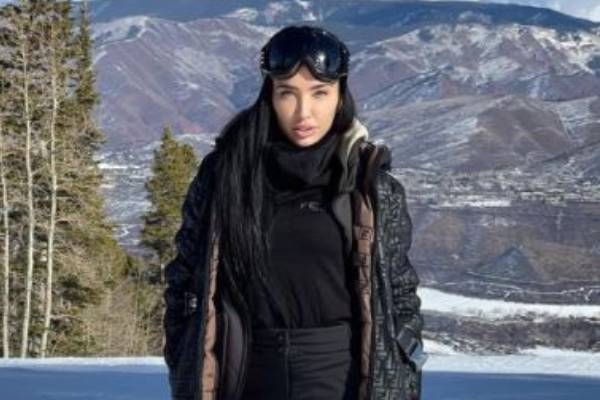 Breana Tiesi, famously known as Bre Tiesi, is a model and television personality. She has been in front of the camera since an early age and is now recognized for her relationship with dancer Casper Smart.

Due to her beauty and her relationship with various well-known celebrities, Breana Tiesi's life has been a topic of interest for many. Here are seven facts about the gorgeous model:

A Model and Social Media Influencer

Breana Tiesi first came into limelight from her modeling career. She has modeled for various clothing brands and became famous due to her resemblance to Megan Fox. Due to her striking looks, Bre gained a massive following on her social media pages and now can be classified as a social media influencer.

With more than 422K followers on her Instagram account, Tiesi has used her platform to advertise different types of products. She promotes brands like Pretty Little Thing, Fashion Nova, and the dietary supplements from Vita Hustle.

Started Modeling At An Early Age

While she is now recognized as an influencer, Tiesi apparently started modeling at an early age. In 2015, she shared her modeling headshots from when she was a young girl. 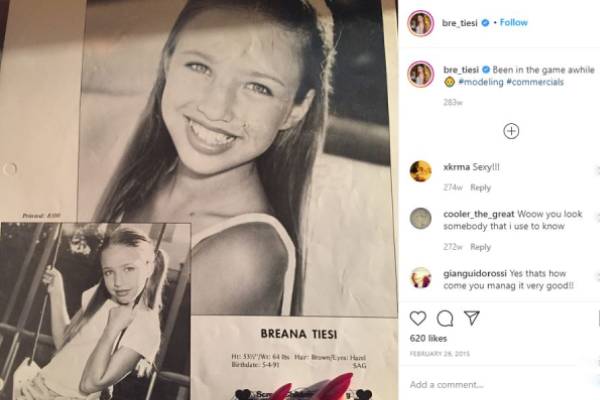 It seems like being in front of the camera wasn't a big deal for the twenty-eight-year-old model. Looking at her current modeling shots, there is no doubt that she has used all of her experiences as a child and polished her skills.

Long before she found fame as a model, Breana was known as Nick Hogan's girlfriend. The son of retired wrestler Hulk Hogan and Tiesi were madly in love with each other and even got engaged after dating for three years.

The pair were together since 2011, but their relationship ended around 2015, and after this, Nick Hogan's ex-girlfriend went on to date football player Johnny Manziel.

Shortly after she broke up with Nick Hogan, Breana Tiesi started dating Johnny Manziel. Their relationship became official in December 2016, and the player credited his new girlfriend for saving his life. Manziel reportedly proposed to her in March 2017, and the two got married on March 18, 2018.

The duo seemed to be very happy with their life; however, they separated only after a year together. She officially filed for divorce in December 2019 and accused the athlete of cheating on her. While the news about their divorce settlement has not been revealed yet, Bre has already moved on and is living her best life.

Months after her separation, Breana started posting pictures with Casper Smart but did not officially confirm their relationship. Both of them continued to tease the fans with numerous photos and videos of them together. 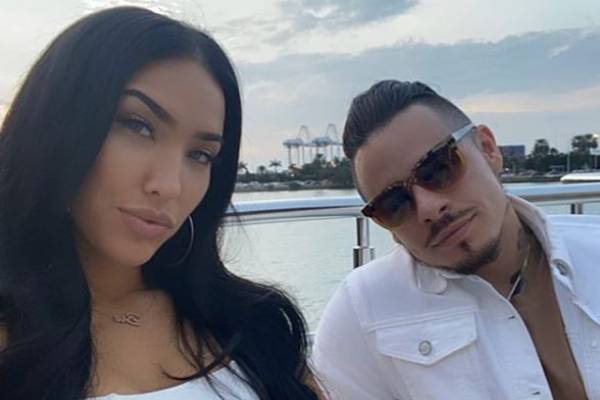 Then on Valentine's Day, 2020, the two confirmed their relationship, and since then, they have not shied away from showing off their love.

Part of Wild 'n Out.

With her increasing popularity, Tiesi has earned many other opportunities in the entertainment world. She is now a part of the famous sketch comedy and improv game show, Wild 'n Out.

The Wild 'n Out girls are there as the eye candy of the show, and with her beautiful looks, Bre is one of the most famous among the buns.

Is A Fitness Junkie

As seen on her social media, the famous model is a fitness junkie too. She is very conscious of her physical and mental health. She is frequently posting about her achievements and even shares posts motivating her followers to work on their bodies.

Along with working on her own physical strength, Breana has also conducted self-defense classes alongside her father. And looking at her social media, there is no doubt that she is a fitness junkie herself.

While the model herself has not revealed much about her life, Breana Tiesi's social media pages give a glimpse of her life. Whether it is her travel diaries, fitness journey, or her relationship with Casper Smart, her Instagram is one of the prime places to get to know more about the beautiful model.