What Was The Break Up Reason Of Joe Swash And His Ex-fiancee Emma Sophocleous?

Home Entertainment What Was The Break Up Reason Of Joe Swash And His Ex-fiancee Emma Sophocleous?. 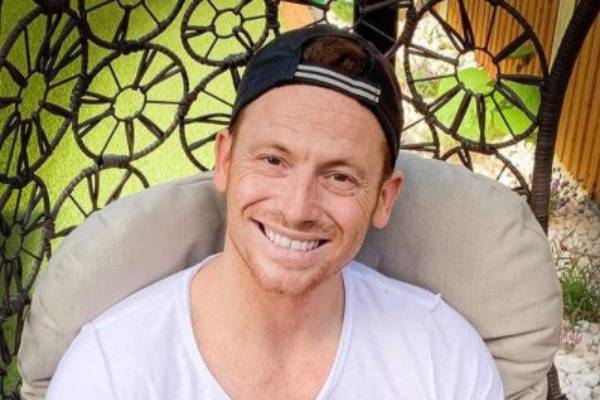 Joe Swash came into limelight after playing the role of Mickey Miller in the famous show EastEnders in 2003. Since then, the reality star has continued to appear in many television series and even hosted a slew of reality shows.

Due to his increasing popularity, Swash and his family life have been a topic of interest for his many fans. Whether it is his past relationships or the pieces of information about his sons, Joe has been getting a lot of attention from the viewers.

Before gaining massive fame from the reality show, I'm a Celebrity...Get Me Out of Here!, Joe Swash and his personal life was rarely featured in the news cycle. However, he was already an engaged man then and was even a father to a beautiful baby boy. His then-fiance was Emma Sophocleous, and the pair had started dating in 2005.

Joe and his ex-fiance Emma had a great relationship, and she was the one to nurse him back to health after suffering from meningoencephalitis. The pair went through the harrowing time together, and after Swash made a miraculous recovery, they became closer than ever. Two years later, Emma gave birth to their baby boy, Harry Swash, on June 16, 2007. While Emma had high hopes about their relationships, seven months after their baby's birth, her dreams of a happy family was crushed.

After being in a relationship for three years, Joe and Emma separated in January 2008. Their son Harry was only seven months old during their separation. The exact reason behind the former couple's separation is still unknown, but Swash's way of living might have played a significant role in it. 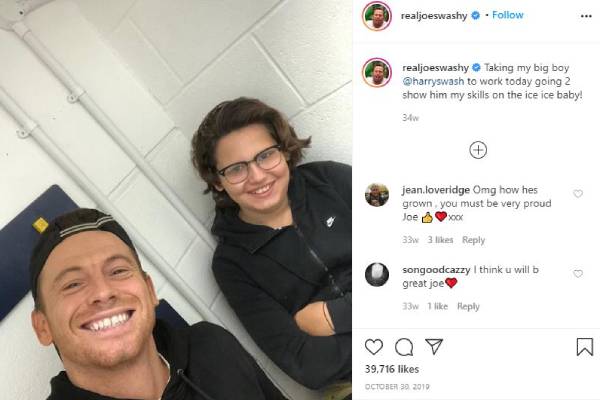 Before their relationship took a sour turn, Joe talked about his then-fiancee and their baby lovingly. He stated that they were a proper family now and also that he wanted a girl next. However, a few months later, the pair broke up, and Emma accused him of not being available and unable to handle responsibility.

Swash reportedly kicked Emma and Harry out of the home and left them with no place to go. He then returned to his playboy lifestyle and claimed that Emma was a boring mom.  He also said that he was too young to be a dad, even though he was happily talking about his life as a father on previous occasions.

After their separation, Joe was investigated by the child support agency after he fell behind on providing Emma with child support. She was furious how Swash left them without a penny on their name and sought out legal help. Swash was threatened with legal action if he didn't hand over the payment to his ex-fiancee. He was asked to pay $2.6K to his ex-fiance for child support.

Whatever may be the reason behind the demise of their relationship and the earlier dispute regarding the child support payment, the two have continued to raise their son in a healthy environment and will hopefully continue to do so.

The famous television personality has been gifted with two beautiful boys. His first son Harry Swash was born on June 16, 2007, and is now thirteen years old. While the father-son duo does not live together, Joe always shares his joy whenever Harry visits him.

Swash shares his second son with his girlfriend and fellow television personality Stacey Solomon. Stacey gave birth tho their son, Rex Francis Swash, in May 2019. The pair have been living the dream life with their children, including Solomon's two boys from previous relationships. 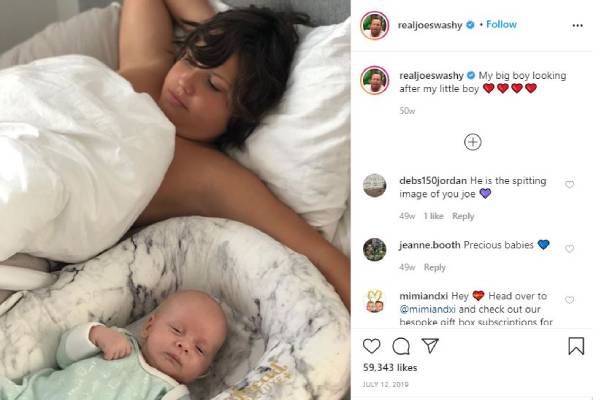 Years after their separation, Swash, now lives happily with his new and blended family. As for his ex-fiancee, Emma, she is enjoying a low-key life away from the media attention and raising her son. We hope that just like Joe, she has also found love again.