What Went Wrong Between Patricia Brown And Jeff Beck? Were Married For 4 Years

Home Entertainment What Went Wrong Between Patricia Brown And Jeff Beck? Were Married For 4 Years. 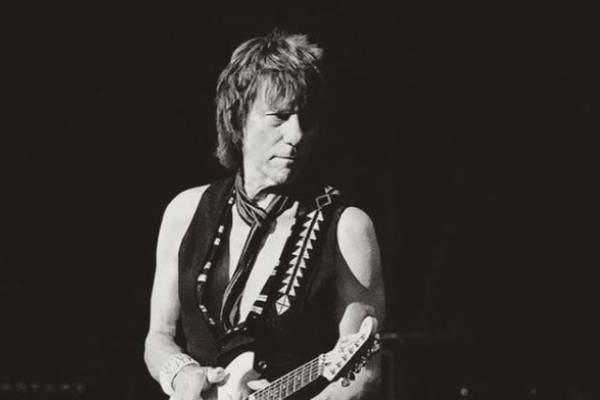 Jeff Beck and his first wife, Patricia Brown were very young when they got married but their relationship did not last long. Image Source: Instagram/ jeffbeckofficia.

Jeff Beck has been active in the music industry since the early 60s and was the lead guitarist for various artists and groups. His versatility and hard work have landed him in the list of one of the greatest guitarists of all time.

Beck has earned massive recognition from his solo works as well as his work with various artists. Along with his career, his love life is also one of the main topics of interest among his fans.

Jeff Beck was only nineteen when he got married to his first wife, Patricia Brown. The guitarist's ex-wife was from Crawley, a city in England. The two were married in 1963, Beck's career was only starting to gain traction then. He was part of the band Nightshift with whom he recorded the single, Stormy Monday.

The married pair's first possession was an Afghan Hound, and Jeff's fee from his band covered the cost of the dog's food and other expenses. The couple had lived a life filled with struggles due to low income. Beck continued to be part of many other groups over the years and continued to provide for his small family.

The duo lived happily for years, even though they had their own set of problems. However, Jeff and his ex-wife Patricia's relationship didn't have a happy ending and separated four years after their marriage. The couple's divorce was finalized on November 16, 1967, and the two went separate ways.

What Was The Divorce Reason Of Jeff Beck And Ex-Wife Patricia Brown?

For a few years, Jeff Beck and ex-wife Patricia Brown lived together happily. However, the couple had their fair share of marital troubles, which resulted in divorce in 1967. While the exact reason behind their separation is unknown, the financial problems might have been a significant reason behind it.

During the time of his marriage with Brown, the famous guitarist was part of a band Yardbirds and was part of their US tour. However, he was fired, citing his explosive temper and also for not showing up in the shows and rehearsal on multiple occasions.

In one of the guitarist's famous quotes, he mentions his first wife and says, the following statement,

My first wife said It's either that guitar or me, you know -- and I give you three guesses which one went.

While his relationship with Patricia is doused with mystery, details about Beck's relationships after he found fame was a public affair. He was once dramatically linked to the well-known actress Mary Huges and also dated the British journalist Julia Carling at one point in his life. 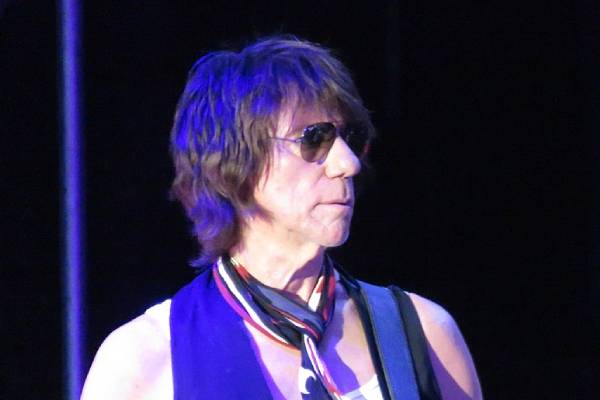 In addition to his high profile relationships, Jeff was also married six times. He has not revealed the identity of many of his former wives. His sixth marriage was to Sandra Cash-Beck in 2005. While his previous relationships did not survive, he seems to have settled in his married life with Sandra.

The couple got married in front of famous people, including Sir Paul McCartney in England. Sandra seems to have a positive impact on the musician as he has been a vegetarian since meeting her. The duo has been married for fifteen years, and their love has been growing more each year.