Home Net Worth Brian Baumgartner Net Worth - What Was His Salary From The Office?. 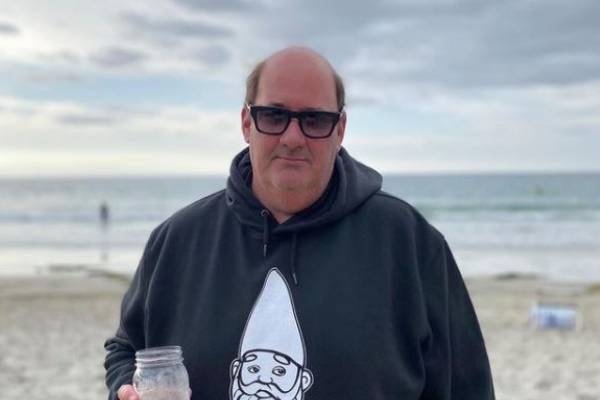 Brian Baumgartner's net worth of $6 million includes his earnings as an actor. Image Source: Instagram/ bbbaumgartner.

American actor Brian Baumgartner has been part of the movie industry since 2001. He first found fame for playing Kevin Malone in the NBC sitcom The Office and is still recognized for this role. Even though the show went off-air in 2013, Brian has continued to act and is part of several well-known shows and movies.

From his short but highly successful career, the American actor has not only gained recognition but also earned millions. According to Celebrity Net Worth, Brian Baumgartner's net worth is estimated to be $6 million, most of which includes his earnings as an actor.

Brian Baumgartner Net Worth And Earnings

As stated above, Brian Baumgartner has an estimated net worth of $6 million, which mostly includes his earnings as an actor. He also earns a considerable sum from the personalized video sharing site, Cameo.

Brian Baumgartner started his acting career in 2001, playing a small part in the comedy movie Herman U.S.A. He then focussed on television works and short films but returned to the big screen in 2007 portraying Jim in the rom-com License to Wed. He starred alongside famous actors like Robin Williams, John Krasinski, and Mandy Moore in the film.

After this, Baumgartner appeared in several other films, including Four Christmases, Into Temptation, Ordinary World, Ghostbusters, and My Boyfriend's Meds. Many of these movies went on to do good business at the box-office and given below are some of the worldwide collection of the ones that Brian has starred in:

As seen in the above data, many of the movies that Brian was part of did well worldwide. While his appearance in these projects might have been small, earnings from them might have help increase Brian Baumgartner's net worth significantly.

Unlike his film career, Brian found much fame from his television career. His first small-screen appearance was in 2003 in the show, The Lyon's Den. However, he only gained attention after he secured the role of Kevin Malone in The Office. He starred in the show for all nine seasons and even appeared on numerous webisodes of the popular shows.

After the final season of The Office, Baumgartner continued his acting journey and appeared in few episodes of shows like Mike & Molly, Bad Teacher, Criminal Minds, Melissa & Joey, Chicago Fire, and The Goldbergs. According to IMDb, his most recent tv-project is the animated show, Trash Truck which aired on Netflix.

Like most actors on the small screen, the talented actor is also paid per episode that he stars in. According to Entertainment Weekly, Brian's Office co-star John Krasinski was paid $100K per episode in 2007. While he did not have as much screen space as Krasinski in the show, Brian Baumgartner's salary from The Office might not be far behind that of John.

Long before he started his professional acting career, Brian Baumgartner served as the Artistic Director of Hidden Theatre in Minnesota. He also performed on stage regionally at the theater companies like Children's Theater Company, Theatre de la Jeune Lune, and Berkeley Repertory Theatre. While his earnings at the time must have been a lot lesser than what he earns now, Baumgartner's net worth must have been impacted by it.

Along with his income from acting, Brian's income source also includes Cameo, an app where one can buy personalized videos from their favorite stars. Baumgartner is one of the most famous actors on the app and charges $195 per video. 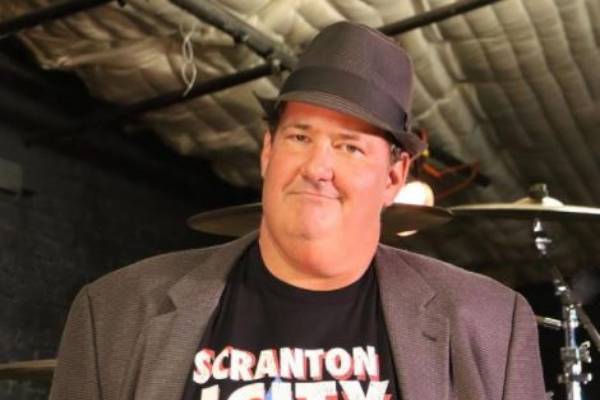 According to Cameo's CEO and co-founder, Steven Galanis, the former Office cast member is the most successful person on the app and is the one who generated the most revenue. He reportedly made over $1 million worth of booking in 2020 and made more than five thousand fans happy. Since he made such a big amount in a year, it won't be a surprise if we see a massive rise in Brian Baumgartner's net worth in the coming years.

The talented actor's popularity can also be seen through his collaboration with the company, Represent. He launched a limited-edition apparel line with the company to support the No Kid Hungry charity, and all of the products have already sold-out. While he might not have pocketed any amount from this collaboration, looking at the result of the charity event, there is no doubt that Brian is well-loved among millions of The Office fans.

As one of the Office cast member, Brian Baumgartner has not only found fame but also earned millions from his career. As a result, the talented actor has enjoyed a lavish lifestyle in Los Angeles. The Atlanta-born actor has been living in LA for many years and has owned properties around the area.

In 2007, Baumgartner purchased a house in the Los Feliz area and reportedly paid a little more than $1.9 million. He lived in the house for about a decade and listed it for sale in July 2016 for $2.8 million. According to American Luxury, the house was sold for $2.5 million in December of the same year.

While there is no information about Brian's current residence, looking at the amount he paid for his previous house, there is no doubt that Baumgartner lives comfortably.