Stefflon Don Net Worth - Besides Earning As A Rapper, What Are Her Other Income Sources?

Home Net Worth Stefflon Don Net Worth - Besides Earning As A Rapper, What Are Her Other Income Sources?. 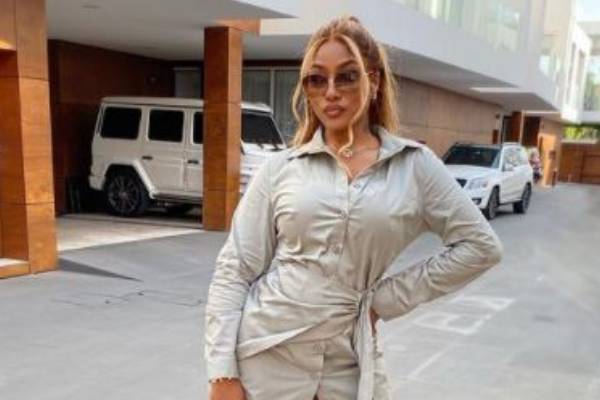 Stefflon Don's net worth of $1.5 million includes her earnings as a rapper. Image Source: Instagram/ stefflondon.

Very few female rappers have gained as much success as their male counterparts. Among them, rising British rapper Stefflon Don is the one who has found success very early in her career. The talented artist first came into limelight in 2017 and has since released multiple hit singles.

As one of the most well-known female hip-hop artists in today's scene, she has not only gained recognition but also earned a vast fortune. From her early success in the music industry, Stefflon Don's net worth is estimated to be $1.5 million.

Stefflon Don Net Worth And Earnings

Stephanie Victoria Allen or famously known as Stefflon Don, has been active in the music industry since early 2015 and has continued to produce chart-topping music since then. As a result, she has earned a massive fortune in a short amount of time. And according to Capital Xtra, she has an estimated net worth of £1.2 million ($1.5 million)

Stephanie Allen was interested in music from an early age and started writing and singing since she was a young girl. She was part of an unreleased song when she was only nine, and this fueled her hunger for making it big in the music industry.

The talented artist was first introduced to the scene when she released the cover of "6 Words" by Wretch 32 in 2015. She was then featured in many original tracks and remixes from various artists and released her first mixtape, Real Ting, 2016. After featuring in music from other musicians for a while, she signed to 54 London, under Universal Music Group in 2017.

The talented rapper released her first single, Hurtin' Me, in the same year. The song featured American rapper, French Montana, and was an instant hit. Allen's debut EP Hurtin' Me was released in January 2018. The same year Don was featured on the remix of Halsey's Alone, which gained significant attention. She then released her second mixtape titled Secure in 2018. 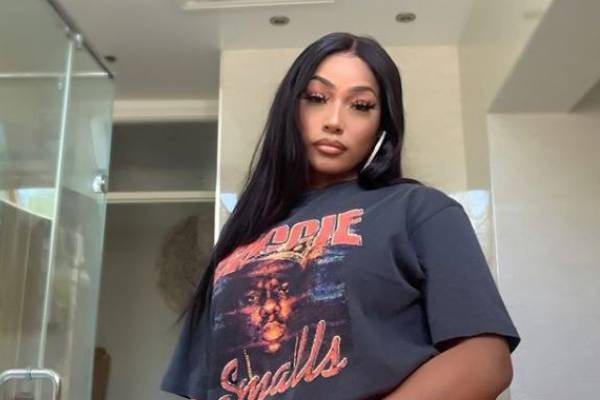 All of her mixtapes, singles, and EPs have been loved by her fans. The sales of these records over the years alongside her earnings from various live performances must have helped increase Stefflon Don's net worth significantly.

Like many other artists, Don also earns a substantial sum from multiple streaming services. Her main YouTube channel boasts 1.24 million subscribers, while her Vevo channel has 495K subscribers. All of her videos garner millions of views, and one of them is the music video for her first single, Hurtin' Me, which has 164 million views as of June 2020.

According to Social Blade, Stefflon Don's earnings from her Vevo YouTube channel is estimated to be $25.1K to $401.4K yearly. On the other hand, her main channel's yearly earning is estimated to be $130 to $2.1K. This, alongside her income from various streaming services like Spotify, Deezer, and TuneIn, must have helped increase Don's net worth.

How Much Does Stefflon Don Earn From Merchandise Sales?

Along with the music sales and income from several streaming services, Allen also pockets a considerable sum from her merchandise sales. Similar to other musicians, she has also launched her own line of products, including t-shirts, caps, and hoodies. Some of these items and their prices are listed below:

All of the merchandise products are available at the rapper's official online store. All of the items are popular among the fans, and the sales of the products have helped increase Stefflon Don's net worth.

After earning a massive fortune from her successful music career, Stefflon Don now enjoys a lavish lifestyle. She currently lives in London with her young son and reportedly owns a $2.47 million property there. She showed off her house on Instagram to her 2.4 million followers. 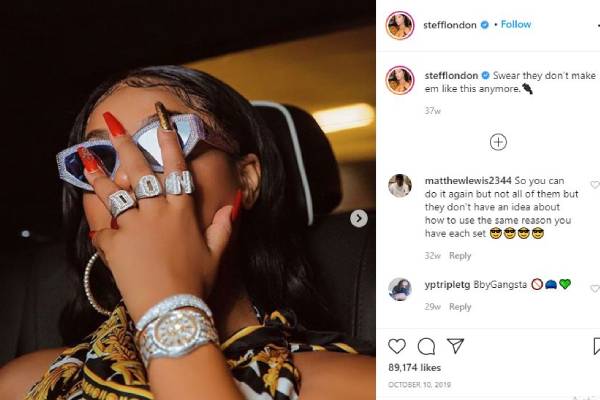 Along with her million dollars mansion, Don also loves to frequently flaunt her heavy and expensive jewelry. She has shared pictures of the collection of heavily encrusted rings, watches, and chains on her social media. All of these accessories must have cost thousands of dollars and show the lavish lifestyle the rapper lives.