Danny Trejo Net Worth - Earnings From Acting And His Multiple Ventures

Home Net Worth Danny Trejo Net Worth - Earnings From Acting And His Multiple Ventures. 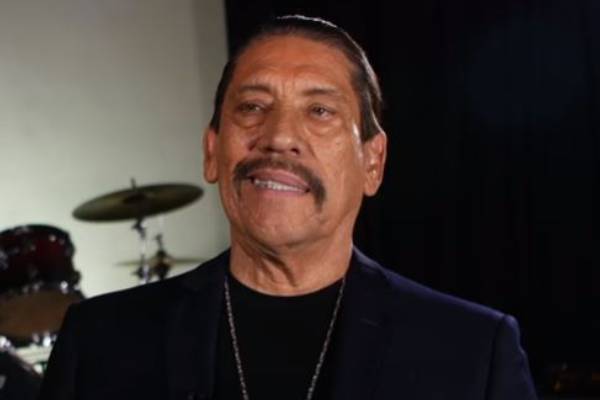 From his intimidating appearance to his booming voice, Danny Trejo has the perfect characteristics for a negative role in any acting projects. And looking at his acting credits, it is clear that he has embodied this type of character multiple times and has earned fame as well as a fortune from it.

Along with his acting, the famous actor has also tried his hand in the food industry and owns multiple restaurants. According to Celebrity Net Worth, Danny Trejo's net worth is estimated to be $8 million.

Danny Trejo Net Worth And Earnings

As stated above, Danny Trejo has an estimated net worth of $8 million. However, other sources have estimated his net worth to be $16 million. Whatever may be the number, it comprises of his earnings from movies, television series, and his restaurant business.

Danny was working as a drug counselor on the set of Runaway Train when he was asked to be an extra in one of the scenes. He was then recruited to train one of the movie's stars, Eric Roberts, for a boxing scene. He was paid $350 per day for the job, and this exposure helped him book many other projects in the future.

Danny has since appeared in numerous movies over the years, but he is still remembered for playing the role of Machete in Spy Kids and its sequels. He continued to reprise this role in the Spy Kids sequel and other ones like Machete Kills, Planet Terror, and Machete. Many of these movies did very good business, and some of their worldwide collection are listed below:

As seen in the above table, many of his movies have earned millions in the box-office. The salary from them and the bonus from the profit earned have undoubtedly helped increase Danny Trejo's net worth.

Not only this, but he has also appeared in a slew of television series and also lent his voice to multiple video game characters and animated characters. All of these projects have undoubtedly helped in increasing his income, and with many other acting projects on the horizon, it won't be a surprise if Danny Trejo's earnings rise significantly in the coming years.

How Much Does Danny Trejo Earn From His Restaurants?

After gaining much success in his acting career, Danny opened a series of restaurants over the years. The first one, Trejo's Taco, was established in 2016 and was very successful among the crowd. He then opened up Trejo's Cantina and Trejo's Coffee & Donuts in 2017. 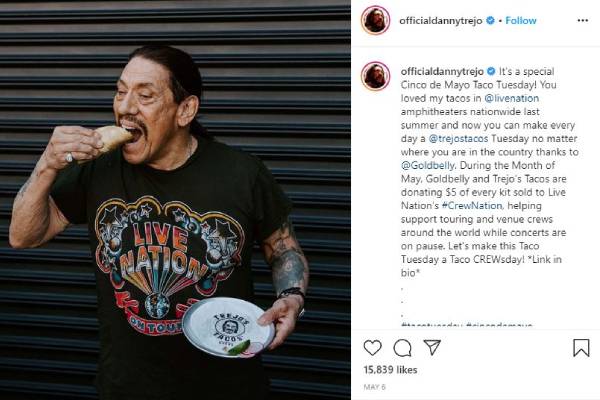 These eatery places have been praised by customers and food critics alike, and one of its dishes was also listed in the top ten favorite recipes in the Los Angeles Times. While the restaurants are overseen by Mason Royal, the executive chef, as the owner, Danny Trejo must have earned millions from them over the years.

Income From Book And Merchandise Sales

After his restaurants' success, Trejo came up with a cookbook featuring his favorite recipes as well as stories about his love for food. Also, he has launched his own merchandise line for his die-hard fans. The line includes products like t-shirts, stickers, autographed DVDs, among others, and some of their prices are listed below:

These merchandise products are available in the actor's official online store. Many of his fans are interested in his cookbook and unique merchandise items. All of the earnings from their sales has definitely helped raise Danny Trejo's income.

Danny Trejo is a perfect example for people with a difficult past who wants to succeed in life. He once served time in San Quentin prison and has since turned his life around and now lives a comfortable lifestyle in Los Angeles.

He owns a beautiful house in the San Fernando Valley, which he bought for $550K in 2012. He also owns many customized cars and motorcycles. His massive collection includes a 1936 Dodge Touring Sedan, 1965 Buick Riviera Clamshell, 1976 Cadillac Seville, among others. All of this shows the lavish lifestyle he enjoys now.