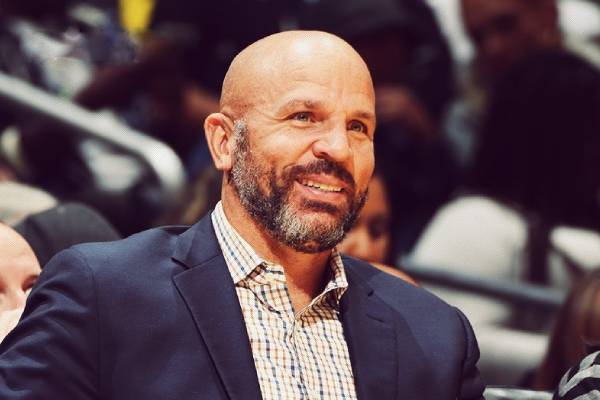 Jason Frederick Kidd, mostly known as Jason Kidd, is a former professional basketball player and current assistant coach for the NBA team, Los Angeles Lakers. He has won numerous titles with his NBA teams and the US national team both as a player and a coach.

The famous American coach has been part of the NBA world since 1994 and has already accumulated a fortune from his playing and coaching career. According to Celebrity Net Worth, Jason Kidd's net worth is $75 million, most of which comes from his salary.

Jason Kidd Net Worth And Earnings

As stated above, Jason Kidd has an estimated net worth of $75 million. He accumulated this fortune from his time as an NBA player and coach.

Jason Kidd attended the University of California and tasted immense success during his college basketball career. He entered the NBA draft in 1994 and was picked by the Dallas Mavericks as the second pick overall. He signed a six-year deal worth $30 million and generated terrific results in his first year with the Mavericks. His performance on-court led him to share the NBA Rookie of the Year title with Grant Hill of the Detroit Pistons.

Kidd spent two years playing for the Mavericks and was traded to the Phoenix Suns during the 1996-97 season. He spent five years with the Phoenix and made the All-Star Game three times; in 1998, 2000, and 2001. He had signed a three-year, $25.4 million contract extension in 2000 but was traded to the New Jersey Jets a year later.

During his first season, the American professional player led the Jets to the Eastern Conference title and its first appearance in the NBA finals. He continued to deliver outstanding performances as a point guard and assumed the leader's role for his young team members. Due to his hard work, Kidd was offered a contract extension of 6-years worth $103.6 million in 2003, which he accepted. He continued to play for the Jets till 2007 and was subsequently traded to Dallas Mavericks in 2008.

Jason's second tenure with the Mavericks was filled with both major victories and loss. Kidd won his first and only NBA championship as a player in 2011 but experienced career lows during the regular 2011-12 season. In 2012, the famous player was traded to the New York Knicks but retired after only one season with them. Throughout his playing career, Kidd's salary continued to rise, and given below are some of its details as stated by The Richest:

The retired professional player earned more than $180 million during his playing career. He was among the highest-paid players in the NBA during his time. The millions of dollars he made per year helped increase Jason Kidd's net worth significantly.

How Much Does Jason Kidd Earn As An NBA Coach?

Only a month after his retirement announcement, Jason was named the head coach for the Brooklyn Nets, where he replaced interim coach P. J. Carlesimo. He even bought a minority ownership share of the Nets from American artist Jay-Z in September 2013. Kidd's first few games as the head coach for the Nets generated disappointing results. Still, later in the season, he managed to showcase his coaching skills and even won the Eastern Conference Coach of the Month title in January and March 2014. 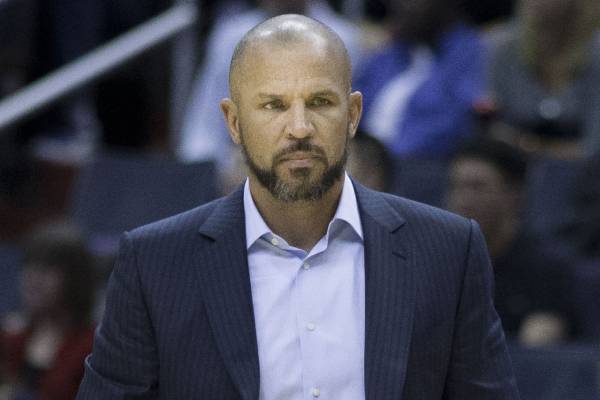 Even after ending the season with satisfying outcomes, Jason did not continue as the Nets' coach and went on to join Milwaukee Bucks in July 2014. Unlike his first year as a coach, the retired player managed to improve the Bucks' games and led his team to the playoffs. Kidd suffered from numerous setbacks during his time as the head coach for the Bucks and could not generate excellent results from his team. Because of this, Jason was fired from the team midway through the 2017-18 season.

The well-known NBA coach was then hired as the assistant coach under Frank Vogel by the Los Angeles Lakers in 2019. After signing the contract, Kidd became the highest-paid assistant coach in the NBA. The Lakers won the NBA championship in 2020, which was the first title for Jason during his coaching career.

While the details of his contracts with the Lakers is yet to be revealed, there is no doubt that Jason Kidd's net worth saw a considerable sum after accepting the offer. Just like his playing career, the well-known coach has also earned millions from his coaching career.

Since starting his professional career in the NBA in 1994, Jason Kidd has accumulated a massive fortune and lives a lavish lifestyle. He has used his $75 million fortune to invest in properties in several cities over the years. He previously owned a mansion in Paradise Valley, Arizona, which he bought for $5.95 million in 2009. He reportedly sold it for $5 million in 2013.

After being hired by the Milwaukee Bucks in 2014, Kidd bought a Colonial-style house in Wisconsin for $2.392 million. He and his family stayed here for around four years but sold it after being fired from the team. According to the Los Angeles Times, the lakefront home was sold for $2.65 million in March 2018.

The Los Angeles Lakers' assistant coach also owned a mansion in Hamptons, which was sold for a staggering $7.1 million in 2015. He also sold his Manhattan condo in 2018 for $4.775 million, almost $600K under its asking price. Currently, Jason resides in California and is enjoying a lavish lifestyle.