Home Net Worth Kamaru Usman Net Worth - Salary From UFC And Earnings As An MMA Fighter. 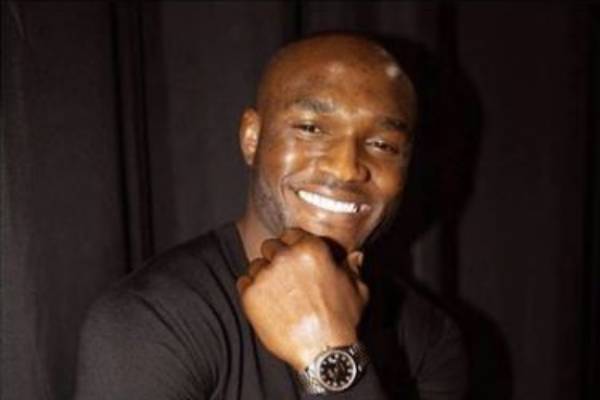 Kamaru Usman is a famous mixed martial artist who previously competed in various wrestling competitions. The Nigerian born athlete has made a name for himself in the world of UFC from his amazing techniques inside the Octagon.

As one of the most talked-about MMA fighter in the present time, Kamaru Usman's net worth comprises of his earnings from the fights that he has participated over the years.

Kamaru Usman Net Worth And Earnings

As stated above, Kamaru Usman's net worth is the total of his earnings from the numerous fight he has competed in. He has won most of his UFC fights and has undoubtedly earned a massive sum from the win bonus.

Income As An Athlete

Before being an MMA fighter, Usman used to compete in various wrestling events. He started wrestling in high school and compiled a 53-3 record. After completing high school, he attended William Penn University but then transferred to the University of Nebraska after a year.

After college, Usman made his professional MMA debut in 2012. He competed in various regional promotions matches and then started participating in the UFC fights in 2015. He has won every single match since then and has even been rewarded with the Performance of the Night Award multiple times.

The ruthless fighter won the UFC Welterweight Championship in 2019 in a fight against Tyron Woodley. Along with the title, he reportedly pocketed $350K after this win. He then defended the title in December of the same year against Colby Covington. Both of the contenders were guaranteed $500K but were spared from getting any bonus.

Months after defending the title, the Nigerian-American fighter is set to meet Jorge Masvidal on July 11, 2020, in the main event of UFC 251. Whatever might be the result of the game, Kamaru Usman's net worth will undoubtedly see huge inflation from this fight and many future events.

While the famous fighter has not established his own merchandise line, UFC has few products related to him. The line consists of products like t-shirts, hoodies, autographed posters, and even a few accessories. Some of these products, along with their respective prices, are given below:

All of the merchandise products are available in the UFC store, and fans can bid on some of the highly popular items. Due to his immense popularity among the UFC fans, Kumaru Usman's net worth must have been profoundly impacted by the merchandise sales.

Along with the earnings from his fights and the merchandise sales, Usman has also used his massive platform to advertise products. He has partnered with various companies and has talked about products like CBD oils, prepackaged meals, among other things. He is also seen wearing numerous clothing products from the company Gorilla Wears and seems to have brokered a deal with them. 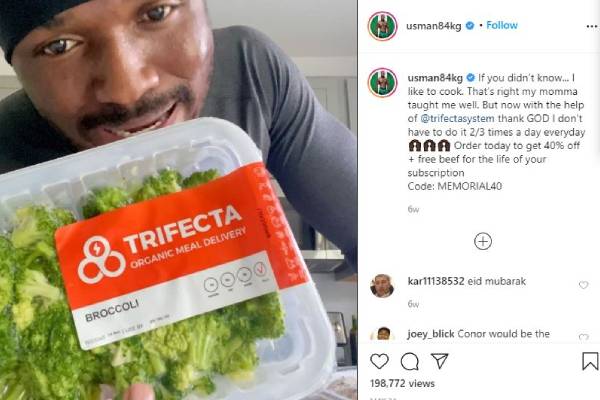 The MMA star must have earned a significant amount from these product advertisements. He also gains a certain percentage from the use of promo code provided by the company, and with 1.2 million followers on his Instagram account, it is clear that Kamaru Usman's earnings from them must have been pretty huge.

After earning a massive fortune as an MMA fighter, Kamaru Usman currently lives a comfortable lifestyle. He resides in South Florida with his wife and daughter, Samirah Usman. The family lives a lavish lifestyle and enjoys going on vacations and Disneyland trips. Samirah's life and various achievements are documented on her Instagram account, which his monitored by her parents.

Just like his daughter, Usman also uses his social media to show off his lavish lifestyle. He has posted pictures of him alongside his expensive assets on multiple occasions. All this shows that the hard work done by the famous fighter has paid off.