Home Net Worth Katie Betzing Net Worth - Including YouTube What Are Her Other Earning Sources. 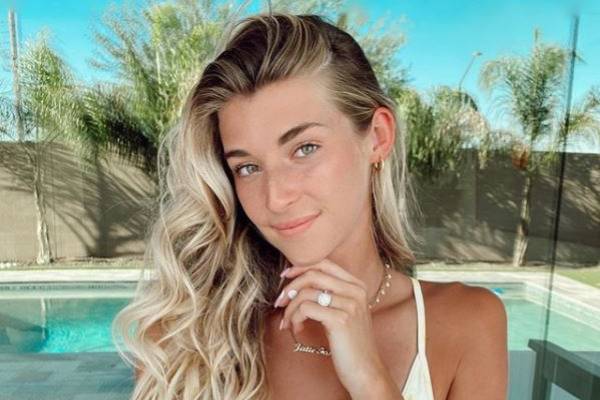 American internet personality Katie Betzing is mostly known for her lifestyle vlogs and various challenge videos on her YouTube channel. She has garnered millions of followers on different social media platforms and, like every other influencer, has impacted the fitness and beauty community.

The American YouTuber has amassed a considerable fortune from her successful YouTube career. Katie Betzing's net worth also includes her earnings from brand endorsements and her own business ventures.

Katie Betzing Net Worth And Earnings

As stated above, Katie Betzing's net worth comprises her earnings from her YouTube career and various business ventures. She also partners with multiple brands, endorses their products, and pockets a significant amount from these collaborations.

Katie Betzing joined YouTube in 2012 and started posting videos soon after. She was fifteen-years-old and still in high school when she posted her first video. She then uploaded several videos, and her channel started gaining traction, and as of October 2020, Betzing's YouTube channel boasts more than 1.37 million subscribers.

Since joining the YouTube community in late 2012, Katie's personal channel has garnered more than 100 million views. Also, Betzing and her fiancé, Josh Brueckner, together operate a channel called Jatie Vlogs. The vlog channel already has 2.66 million subscribers and is famous among the couple's fans.

According to SocialBlade, Katie's main channel, Katie Betzing's estimated yearly earnings, is between $751 to $12K. Through her second channel, the famous YouTuber earns $60K to $960.8K per year, which has helped her accumulate a massive fortune. Both channels garner thousands of views per video, which has helped increase Katie Betzing's net worth.

Income From Makeup and Clothing Brand

After finding fame from her YouTube career, Katie launched her own makeup brand named Jatie Beauty and a clothing brand called J80 fit. She established these brands in collaboration with her fiancé and has already released numerous products, including gym clothing, various makeup items, and accessories, some of which are listed below:

All of these products mentioned above can be purchased from the brand's official website. As one of the co-owner of these brands, Katie Betzing's net worth has been heavily impacted by the total earnings of these product sales.

With millions of followers on various social media platforms, Katie has established herself as an influencer. As a result, many brands have worked with her to advertise their products on her Instagram and other social networking sites. 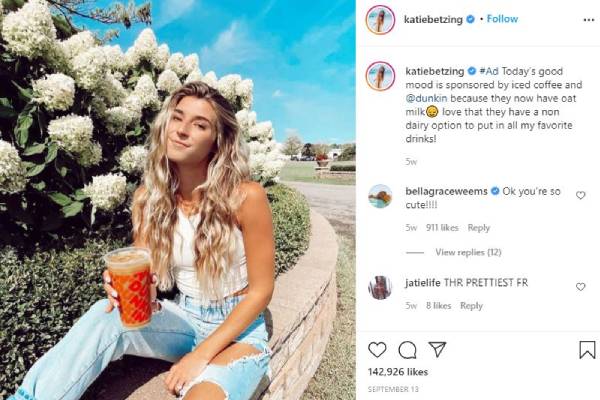 The social media star has featured products from companies like joy+glee, dermalogica, and cleen beauty on her social media posts. All of these partnerships have resulted in a significant increase in Katie Betzing's net worth.

From her successful career as a YouTuber and a businesswoman, Katie Betzing has amassed a massive fortune and lives a lavish lifestyle. She grew up in Michigan and still owns a house there with her fiancé. They recently moved to Arizona and also documented the process for their viewers. 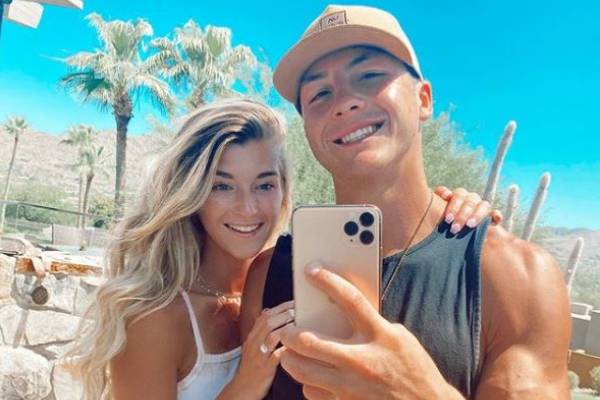 Going through her Instagram, we can see that Katie is an avid traveler and has been on many vacations with her fiancé. Betzing and Brueckner are very open about their relationship and loves sharing small tidbits about each other on their YouTube videos. They also do not hesitate to show off their riches on their social media pages.