Mayweather's daughter Iyanna was taken to the Harris County, Texas, after getting arrested at 1:30 AM Saturday. According to TMZ, the rapper and his baby mama were at home when Mayweather arrived and asked the alleged victim, Lapattra Lashai Jacobs, to leave the house and that she was NBA Youngboy's fiancee. However, the argument ensued after Jacobs asked her to leave the house.

The altercation then apparently moved to the kitchen, and there Mayweather was holding two knives. The singer then charged at Jacobs with one of her knives. The injured woman told cops that she didn't feel the first knife, but then Iyanna charged at her with the second knife, which caused the damage. 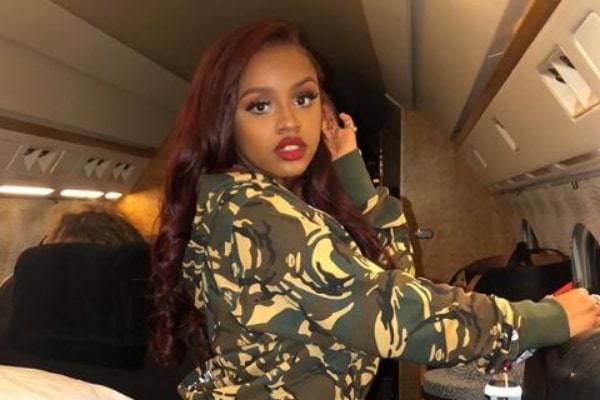 Lappatra, who was stabbed, was lying on the floor when EMTs arrived on the scene and was taken to the hospital. She suffered non-life threating injuries and underwent surgery according to the cops.

The rapper was seen being handcuffed briefly at the scene but was released soon after. There are no reports about Youngboy's involvement in the altercation between the women.

According to cop, Floyd's daughter has admitted that she had never met Jacobs before. She also said that Jacobs was the one who pulled Iyanna's hair outside the house and ran into the kitchen, where the rest of the incident occurred. According to online records, the boxer's daughter was released from jail on a $30,000 bond, and her court date is scheduled for Monday.

This is the third incident revolving the Mayweather family this year that has made the headlines. Earlier this year, Floyd's ex-girlfriend, Josie Harris, was found dead, and in March, his uncle and former boxing trainer, Roger Mayweather, was also pronounced dead after years of illness.