Home News Here Are A Bunch Of Good Things Happening Amidst The Devastating Spread Of Coronavirus. 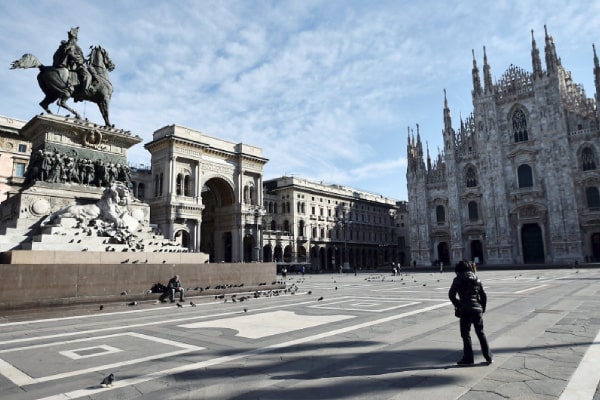 Countries around the world have been on lockdown to help fight the coronavirus spread. Image Source: Wall Street Journal.

Declared global pandemic by the WHO, the disease COVID-19, or mostly known as coronavirus, has made life difficult for people around the world. A large number of people have lost their lives after being infected and thousands more on the hospital beds waiting to recover. While the condition seems to be worsening in many countries, some have started to rebuild themselves after the virus scare.

Among the daily news of the virus spreading and infecting more and more people everywhere, few positives have occurred during the crisis. The government's plan to shut down the country and implementing lockdowns have not only helped limit the virus spread but also has affected the atmosphere in a good way.

Here are some of the good things happening around the world during the coronavirus crisis:

The lockdown issued by the government in most of the countries have helped not only from the viral spread but also decreased pollution significantly. With industries shutting down and roads being deserted, the carbon emission has dropped in many parts of the world.

People forced to stay indoors have helped decrease air pollution to higher levels. The first case of the lockdown ensuing the decrease in pollution in the atmosphere was seen after NASA released the satellite image of China in March. 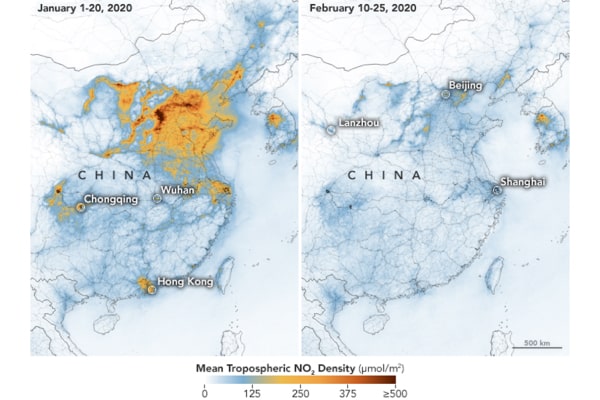 Not only air pollution but the lockdown happening due to coronavirus has also helped decrease in water pollution. Images released of the clear water canals of Venice, which are usually murky has helped prove the point. Whether the water quality of the canals has improved or not, we can't be sure, but the result of boats not being used shows the apparent human effects on polluting the natural sources.

Experts say that, while the virus has directly killed thousands of people, the decrease in air pollution as a result of the "stay at home" policy has saved the lives of millions of people worldwide. Looking at the positive side of the global crisis, it is clear that if we want to help save the environment, we can by implementing various alternative techniques than what we are using now.

Not only the environment, but these lockdown has also ensured a positive impact on the social relations between humans. As people are forced to stay inside their homes, they have invented ways to interact with people from their locality. Videos surfaced on the different social media sites show that people are singing songs and having conversations with each other from their balconies.

Along with having fun singing on the balconies, people have also been seen appreciating the health care workers around the world by clapping for them at a specific time in their respective countries.

Not only this, but celebrities have also come forward to support those in need during the global crisis. Many celebrities have donated money to different charities, and some have provided essential medical appliances to various hospitals. It is great to see that these famous people have decided to give back to society in the time of need.

These trying times have shown that, while there might be differences between people, during the time of crisis, people forget about them and band together to fight against the common enemy, which in this case is a deadly disease.