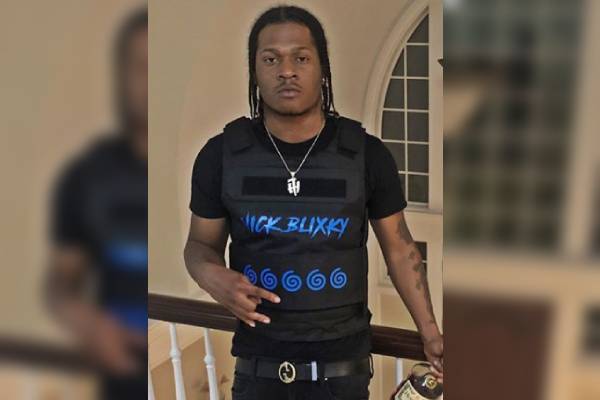 The up and coming, 21-year-old rapper Nick Blixky was found shot around four blocks from his home on the 10th of May,2020, and despite rushing to the hospital, he was pronounced dead.

The rapper, who was set to release his first mixtape, titled Different Timin less than a month away was shot on his torso and his buttocks. The cops arrived after receiving a 911 call from the area stating that they had heard gunshots. According to witnesses, the rapper, whose real name was Nickalus Thompson, was shot seven times.

Cops, along with an ambulance rushed towards the Prospect Lefferts Gardens neighborhood where they received reports from and rushed him to the Kings County Hospital but could not be saved and was pronounced dead. According to NYDailyNews, a source said that people gloating over Blixky's death are of interest to the NYPD detectives, and believe that it may even be related to the Pop Smoke killing that had happened on February 19th, 2020.

At the site of the shooting, shell casings were found, however, the police have yet to make any arrests and the case is still ongoing.

The rapper who started out rapping with his crew for fun, after noticing a positive response from the listeners, the rapper decided to take it more seriously and pursue a career.

In the short time that he started making music, Nick met several stars and was respected by a great many. One such star, Nakim Garrison, to whom Nick was signed, said that Nick was one of the few young people that he respected.

The rapper's first mixtape titled, Different Timin was set to release on June 3rd, which is less than a month away as of now. Tens of thousands were very excited about it. The rapper had taken to his Instagram, mere hours before his death as he posted a picture with the caption, "LOCK IN THE DATE". 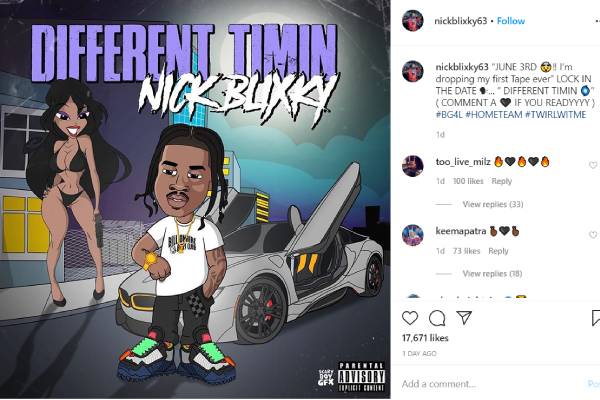 At the moment, it is unclear as to whether the release date for the mixtape will have any changes or anything. The rapper previously had two cases on him, for gun possession and drug possession, both of which were later sealed.

This is a huge loss of talent so early and fans will surely miss him. Rest in Peace.