Björn Hlynur Haraldsson is a well-known actor and director. Through his hard work and dedication, he has achieved all he has today and has built a successful career for himself.

The talented Björn Hlynur Haraldsson has worked in various movies and series with various well-known actors and actresses. He is mostly known for his work in the Netflix series The Witcher. Let's know more about him. 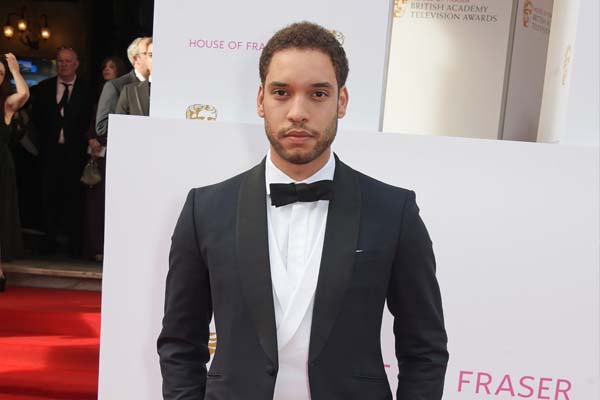 Here Are Some Facts About The Talented Actor Royce Pierreson

Björn Hlynur Haraldsson was born on the 8th of December 1974 in Reykjavík, Iceland. It seems like he is a private person as his parents' name and information has been kept under the wraps. Björn Hlynur Haraldsson had been interested in the film industry from an early age and had graduated from the Icelandic Arts Academy in 2001.

In the same year, Björn co-founded the innovative theatre company, Vesturport. The talented actor has also worked as a writer and an actor for this company.

Björn Hlynur Haraldsson's net worth has not been disclosed to the media yet. He has amassed most of his fortune through his career as an actor. He is known for his works in Fortitude, You're Killing Me Susana, and many more. He is also popularly known for playing the role of Eist Tuirseach in the action fantasy television series The Witcher.

The multitalented Björn Hlynur Haraldsson is also a director. He has written and directed movies such as "The Homecoming", and two episodes of the TV Mini-Series "Ferðalok". As mentioned above, he has also worked in the theatre company Vesturport. He has acted in plays such as Romeo and Juliet, Brim, The Housewife, and many more. He has also worked in other theatres.

For his exceptional works, Björn Hlynur Haraldsson has won and been nominated for various awards. The box office collection for some of the movies that he has worked in are:

Björn Hlynur Haraldsson's wife Rakel Garðarsdóttir is a producer for Vesturport since 2003. She has helped produced many plays and has also worked alongside her husband in various productions. The couple has two children Emil and Hlín from their previous relationships.

Björn Hlynur Haraldsson and his wife Rakel Garðarsdóttir were expecting a child in 2016. However, the baby's name has not been revealed to the public yet. It seems like the actor and director does not want to expose his children to the media limelight just yet.

Björn will also be working in the upcoming films Kill the Poet and Eurovision. Continuously working, Björn Hlynur Haraldsson continues to further his career and we hope the best for him.