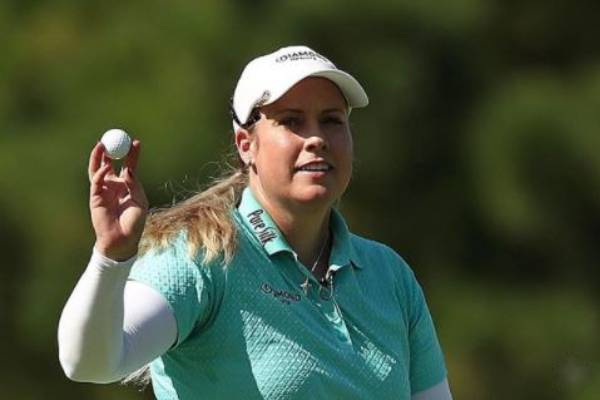 American golfer Brittany Lincicome is known as one of the longest drivers in women's golf. She had left her mark from the start after hitting driving distance with an average of 270.3 yards in her first tournament. Brittany sure is one to look out for in women's golf. She is currently playing on the LPGA tour and is showing no signs of retiring any time soon.

Brittany's career has been impressive, with eight LGPA wins and two major championships. Brittany had a passion for golf since her childhood and has participated in more than 100 amateur golfing tournaments. Her life is full of surprises and accomplishments, and if you are curious to know about this wonderful golfer, stick to the end of this short bio.

Brittany Lincicome was born on 19 September 1985, in St. Petersburg, Florida, to father Tom Lincicome and mother, Angie Lincicome. She was deeply into golfing from a very young age and started playing from the age of nine. After receiving full support from parents and family, she managed to be in the position she is now. She was raised in a sporty family with her older brothers Bryan Lincicome and Hunter Lincicome, also interested in sports but were not as athletic as Brittany. 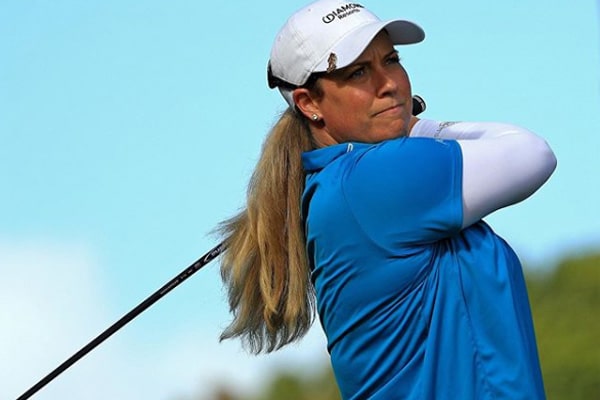 As a child, Brittany had put her hands on a variety of sports from softball to baseball. As said by her father Tom, softball turned out to be too slow for her, and she got into baseball for her quick throws. She even played for the Rockies for four years. She used to play just about every other position while she was not pitching. Eventually, Brittany made it into golf and honed her skills with the boys.

Brittany Lincicome Net Worth And Career

Brittany, who started her career at the age of nine as an amateur, has participated in more than 100 amateur events. She was able to win the American Junior Golf Association Chateau Elan in 2001 and 2003 and the Avilla Junior Classic in 2003. In 2004, she won the Harder Hall Invitational. Lincicome competed in both the 2004 U.S. Women's Open and the 2004 State Farm Classic on the LPGA Tour as an amateur, even leading the former after the first round.

Lincicome started off her professional career in December 2004 at age 19. And the journey from being an amateur to being the fourth woman in recent history to ever play in a PGA Tour-sanctioned event demanded a hefty amount of effort and dedication. With this much success and fame comes a huge amount of fortune. Brittany Lincicome's net worth is estimated to be in millions, most of which is covered by her successful golf career. She became the sixth woman in history to have ever participated in the PGA, which is a men's golf tour, in 2018.

Brittany has won two LPGA major championship, including Kraft Nabisco Championship and the ANA inspiration which she wore twice in 2009 and 2015. Her most successful year was in 2015, where she earned a total of  $933,521. Although she has not yet crossed the million mark, she has had pretty successful years in 2014 and 2018, where she earned $790,661 and $833,586, respectively. Brittany Lincicome's career earnings are currently about $9,099,363. But as she is still going strong, we have to wait and see how much Brittany Lincicome's net worth will end up being in the coming days. Brittany is also part of a brand selling golfing products like E-Z Rake, which are available for purchase through its website.

Brittany married her husband, Dewald Gouws, in 2015. Gouws had proposed to Lincicome late in 2014, giving the couple the 2015 LPGA season to prepare for their wedding. After nearly four years of marriage, the couple gave birth to their 2-months prematurely born daughter Emery Gouws in July 2019. Brittany and Dewald have previously suffered from heartbreak when they found out that their child had no heartbeat while doing the ultrasound. 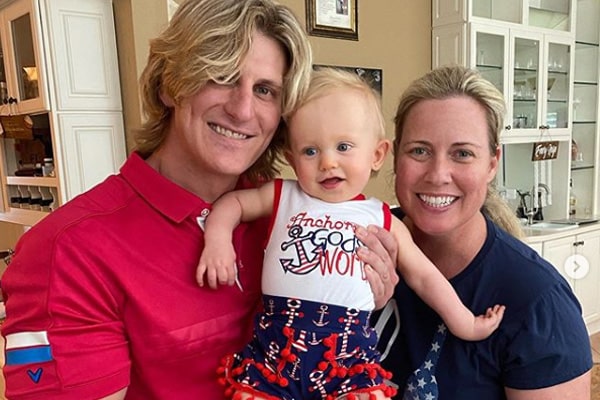 We can often see her daughter on her Instagram account, which has about 33k followers to date. Even Brittany's Instagram bio says 'Emery’s mom.' Her Insta account shows that they spend a lot of time together. Lincicome is one of about 12 or 13 moms playing on the LPGA tour. Brittany has been instrumental in inspiring all the women in sports through her sheer dedication and passion.