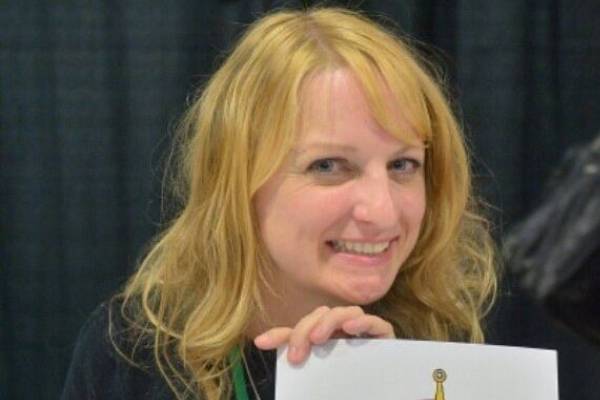 Hynden Walch or Heidi Hynden Walch is an American actress known for voicing characters like Starfire in 'Teen Titans Go!' and Princess Bubblegum in 'Adventure Time.' She has been a phenomenal actress for more than two decades and is not slowing down anytime soon.

Hynden was able to win millions of DC fans' hearts with her role as Starfire, while Princess Bubblegum is considered one of the most iconic roles. Her distinct and entertaining voice makes it even better. Hynden started acting from a very young age, and since then, she has only become more polished. If you want to know more about this astounding voice actress, stick to the end as we go through her short bio.

Hynden was born on February 1, 1971, in Davenport, Iowa. We do not know much about her family and parents but they must have been fully supportive of her. She had already started professional acting at an early age of 11, and at 16, she attended the North Carolina School of the Arts, majoring in voice. She was also awarded Presidential Scholar in the Arts in drama. 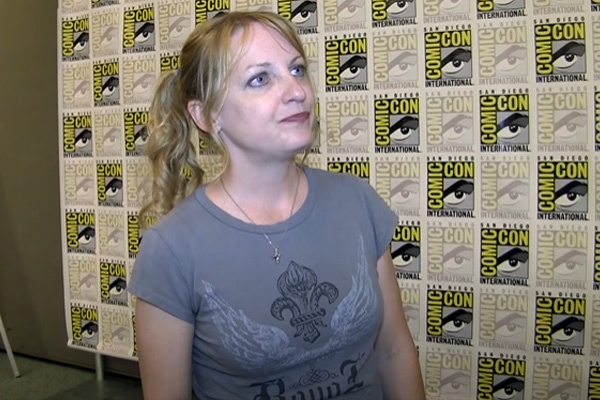 Hynden Walch Net Worth and Career

Hynden debuted on the TV screen with  'Angel Street' in 1992 and debuted on the big screen the next year as Debbie in the fantasy comedy film 'Groundhog Day' alongside Bill Murray. Throughout the 90s, she continued working in many telefilms and movies such as 'Jake's Women,' 'Angela,' and 'Jerry Maguire.' She also had a recurring role in the infamous series 'Untouchables,' where she played the character of Mae Capone.

According to IMDb, Hynden debuted in voice acting from the animated series 'Rugrats.' She then went on to play some iconic roles for DC and other animation studios in series such as 'Stanley,' 'Teen Titans,' 'IGPX: Immortal Grand Prix,' and 'ChalkZone.' She also has voiced the characters from iconic games such as 'Final Fantasy XIII,' 'Kingdom Hearts Re: coded,' and 'Kid Icarus: Uprising.' But her most memorable one remains her voice in the game 'Dead or Alive Xtreme 2'  and 'Dead or Alive Paradise' where she voiced the character of Hitomi for the English version.

Walch's major success came in later years through the ever-memorable role of Princess Bubblegum in 'Adventure Times,' and Starfire in 'Teen Titans Go!.' Her other famous projects in the later year include 'Henry Hugglemonster,' 'Guardians of the Galaxy,' 'DC Super Hero Girls,' and 'Green Eggs and Ham.' She has also co-worked with other popular voice actors like Greg Cipes, Scott Menville, and Tara Strong.

With this much exposure in voice acting and live acting, she must have earned a lot of fortune. Although the exact estimation of Hynden Walch's net worth is unknown, she must have made a commendable amount from her acting endeavors. Apart from acting, she is also an occasional singer. She also has a set of merchandise or signed photographs, to be specific, that is available for purchase through her website. Some of them are listed below with their price.

So Hynden must have amassed quite a fortune from her merch as well.

The DC Starfire married her husband Sean McDermott, not to be confused with the American football coach, in 1999. Sean is also an actor but is not as famous as his wife. He also used to work in Broadway so that may be how they got to know each other. Hynden and Sean are very inactive on social media so we don't have much information about them.

Hynden has been married to Sean for more than two decades so, she must have had children as well, but the couple has not revealed anything about their children. The couple is happily married, and their love for each other is unaltered, so we hope we will know more about them shortly.