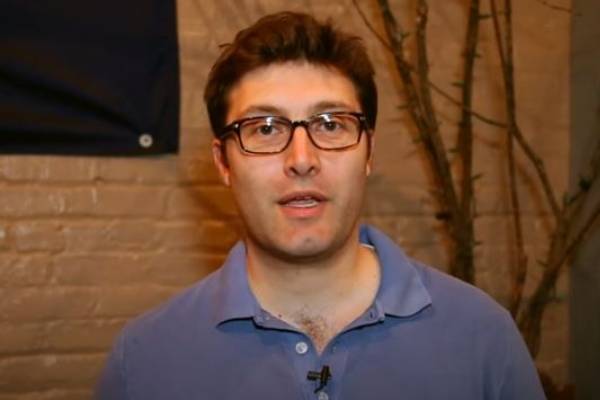 Michael Koman is best known as the writer and creator of the show, Nathan for You. Image Source: Social Media.

Michael Koman is a television writer and producer who is famous as the co-creator of the show Nathan for You. His introduction to the entertainment industry came in 1999 as a writer for the sketch comedy show MADtv. He wrote for several episodes of Late Night shows, Saturday Night Live and also created many original shows.

In addition to his television career, the famous screenwriter is also recognized because of his relationship with actress Ellie Kemper. The lovely pair have been together for more than a decade, because of which many of Kemper's fans are eager to know more about Michael Koman's biography and professional details.

The talented screenwriter grew up in San Diego and completed his schooling there. Ellie Kemper's husband Michael was interested in comedy from an early age. Koman's parents moved to the La Jolla area in San Diego and the family lived near The Comedy Store which helped foster his love for comedy. While attending high school, he used to visit the music library at the University of California San Diego, where he listened to comedy albums from various artists.

After graduating from high school, Koman attended college in Los Angeles. While there, he was also performing at The Improv, a comedy club in LA, which then led to him writing sketch shows himself. While still in school, Michael started working as a MADtv writer and has not looked back since.

Michael Koman Net Worth And Career

Michael Koman secured his first job in the entertainment industry through the late comedian Fred Willard. Fred had worked with Michael and his friends Todd Glass and Steve Rosenthal on their comedy show, Todd's Coma, and his manager later sent the tape to MADtv. This resulted in Koman securing a job on the show and contributing to forty-nine episodes as a writer.

After working at the MADtv for two years, Koman joined the writer's room for Late Night with Conan O'Brien. While working there, Michael collaborated with several other Late Night writers, including Andrew Weinberg and Brian Stack, to create memorable characters and bits. Along with writing, he also showcased his acting skills and performed many sketches, the most famous being a fake advertisement about Apple's iPhone.

Michael worked on the Late Night show for seven years and then left in 2008. He had a brief stint on The Colbert Report that year but ended up working with comedian Demetri Martin as the head writer for the show, Important Things with Demetri Martin. Koman then worked on his original television series alongside Weinberg titled, Eagleheart which went on for three seasons. He was the co-creator, executive producer, and writer for the show.

The talented writer went on to create few other shows, including Nathan for You, The Jack and Triumph Show, and How to with John Wilson. He also wrote for the famous Saturday Night Live and, to this date, has been a part of fifty-two episodes.

From all of the works that he did behind-the-scenes of the above-mentioned shows, the former Late Night writer earned a considerable sum. And according to Celebrity Net Worth, Michael Koman's net worth is estimated to be around $2 million. On the other hand, Koman's wife, Ellie Kemper, has a fortune of $4 million. And with their combined net worth, the married pair surely is living a blissful life.

As stated above, Michael Koman is married to The Office's actress Ellie Kemper. Their love story dates back to their time working at the Late Night show. The pair first met while Koman was a writer and Kemper was performing comedy sketches on the show Late Night with Conan O'Brien. They started dating soon after, and then in 2011, the loved-up couple made it official and got engaged. 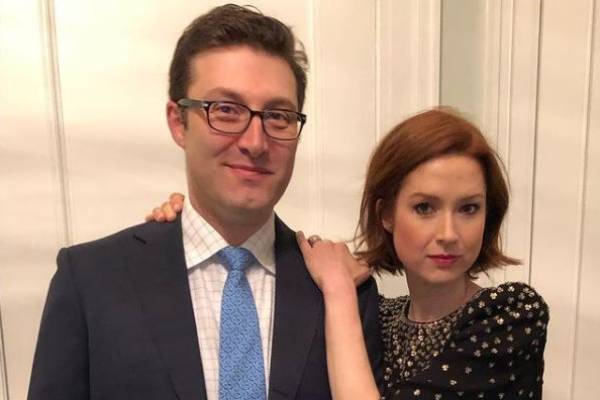 A few months after their engagement, the long-term couple got married in New York City. The intimate ceremony was held on July 7, 2012, in a Catholic church, and only a few of the closest friends and family members of the pair were in attendance.

The lovely couple has been together for more than a decade and has been blessed with two beautiful sons. Michael Koman's wife, Ellie Kemper, gave birth to their oldest son, James Miller Koman, in 2016, while their younger son Matthew Koman was born in 2019.

While both of Michael Koman's sons are still too young for the movie industry, it won't be a surprise if they chose to follow in their parents' footsteps and pursue a career in the entertainment business.