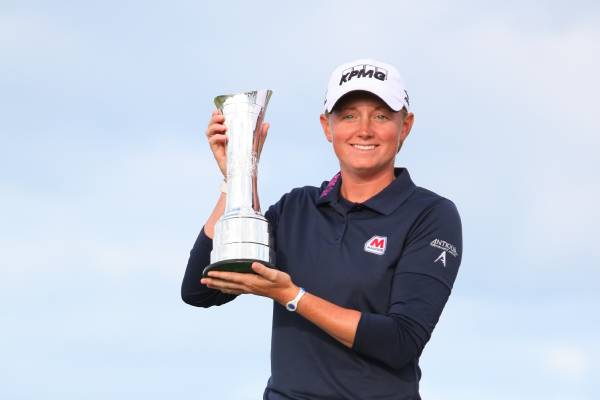 American professional golfer Stacy Lewis is famous for reaching the top spot on the Women's World Golf Rankings for the first time in 2013. She has a thrilling career with two major championship wins, and thirteen LPGA tour wins. The talented golfer is currently playing on the U.S.-based LPGA Tour.

Stacy was into golf from a young age and had more than a decent high school career. After turning pro in 2008, her career has seen her win various awards and achievements like LPGA Player of the Year and LPGA Vare Trophy. Her life has been full of ups and downs, so let's go through some of the crucial moments on Stacy's life with this short bio.

Stacy was born on February 16, 1985, to mother Carol Lewis and father, Dale Lewis. She grew up in Texas at The Woodlands outside of Houston but was born in Toledo, Ohio. Stacy's parents, especially her dad, fully supported her and even caddied her in her early days. He was proud that she was the only girl playing golf in the Lewis family. 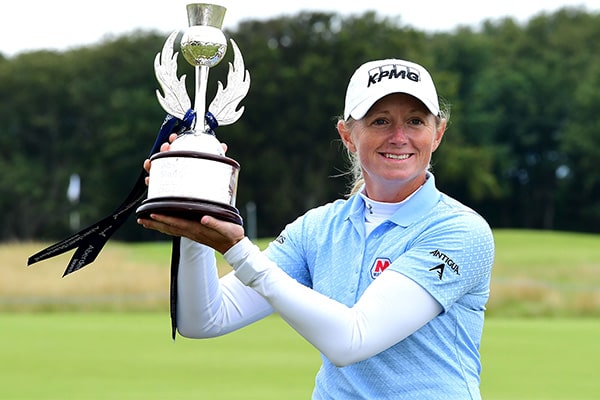 Stacy was diagnosed with scoliosis since the age of 11. In high school, she went through a spinal fusion surgery, which ruled her out from her first collegiate golf season. She graduated from the University of Arkansas with a bachelor's degree in Finance and Accounting in 2008. Regardless of surgery and long recovery time, she came back stronger than ever and shined at her as an amateur as well as a pro.

Stacy Lewis Net Worth and Career

Stacy Lewis gained a massive amount of fame and fortune after she turned pro. From ranking number one in Women's World Golf Rankings to winning awards like  LPGA Player of the Year and LPGA Vare Trophy, Stacy has had a prestigious golfing career for which she had never imagined. According to Celebrity Net Worth, Stacy Lewis's net worth is currently estimated to be around $10 Million, which is mostly comprised of her earnings as a pro golfer.

Stacy's amateur career was very illustrious and decorative. She became a four-time All-American at the University of Arkansas. She lost her first year while recovering from her surgery. But the later year, she won the Southeastern Conference Tournament and was named SEC Freshman Golfer of the Year. She won the Women's Western Amateur in 2006.

After a sturdy and impressive start, Stacy Lewis won the NCAA Division I Championship and was selected as Golf Digest's Amateur of the Year. In 2007 she qualified for the 2007 U.S. Women's Open in North Carolina but missed the cut by three strokes. Her most significant feat as an amateur came in 2008 when she became the first player ever to go 5–0 in a single Curtis Cup and to win the sixth consecutive victory over Great Britain and Ireland for the US team. With this much exposure and achievements on golf at an early age, Stacy Lewis's net worth was bound to rise.

Lewis turned professional following the victory in the Curtis Cup. After turning pro in 2008, she earned over $247,000 by competing in seven events on the LPGA tour with two top-10 finishes. This is undoubtedly an incredible performance by a player who just turned pro. Her first professional victory came at the 2011 Kraft Nabisco Championship, where she led the field for the first two rounds, and then held off the defending champion and current world number one, Yani Tseng, to win by three-stroke.

Being a pro golfer, she also earns a lot of money from brand endorsements and sponsorship deals. All these impressive numbers and feats undoubtedly give a significant boost to Stacy Lewis's net worth.

Stacy Lewis married her husband, Gerrod Chadwell, in 2016. The couple had a wonderful marriage ceremony with guests including family, friends, and colleagues from golf. She gave birth to her wonderful daughter Chesnee Chadwell in 2019. She was blessed and overjoyed after the birth of her daughter and even dedicated her victory to her.

Stacy is pretty stagnant in social media about her personal life, whereas she is nowhere to be found on Instagram. But we can see that she loves her husband, who is her love and support, and her baby girl, who is her blessing.