Meet All Of George Foreman's Wives, Has Been Married To 5 Different Women

Home Entertainment Meet All Of George Foreman's Wives, Has Been Married To 5 Different Women. 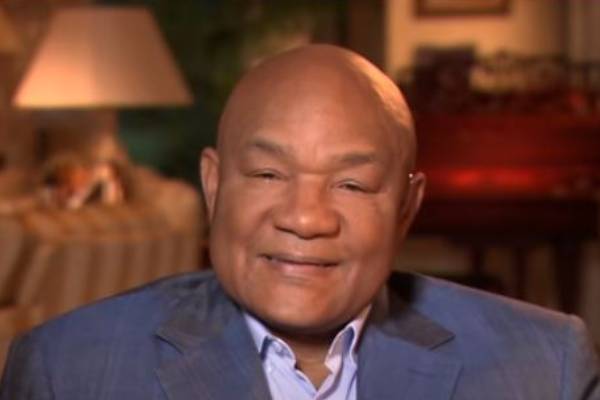 The former professional boxer, George Foreman, known as two-time world heavyweight champion, was a ladies' man, indeed. He has been married to five different women. The boxer had an on and off married relationships.

George Foreman's ex-wives are Adrienne Calhoun, Cynthia Lewis, Sharon Goodson, and Andrea Skeete. He is married to his now-wife, Mary Joan Martelly. You'd be surprised to know the boxer has a total of 12 children.

Many of you may not know George's ex-wives and his current wife like you know the champion boxer. So, without any further ado, let's get straight into the article.

According to Star Tribune, the two met on a blind date on Aug 29, 1970. One of Adrienne's guy friend had introduced here to the former boxer. The ex-couple dated each other for 18 months and married in 1971.

They also had two children named Michi Foreman and a son whose name starts with George only. Since Adrienne had come from a divorced home, she thought she was going to be married forever. But George, on the other hand, wanted to be a world champion and just wanted to get out there and play.

So, George and Adrienne divorced each other in 1974. But then three years later, Foreman asked to marry her again. She knew he'd have divorced her yet, so she said no. Nevertheless, George and Adrienne are good friends, and she has a good second marriage with Ben Jones because she said he is introverted than her and very laid back.

Cynthia Lewis Foreman Is An Author

Cynthia Lewis is George Foreman's second wife, whom he married in 1977. She is an author and has published a couple of books as well. "You Can Run... But You Can't Hide: The Secret Diary of My Life with George Foreman" is one of her books you can find in Good Reads.

Similarly, "Bruised But Not Broken: The Cynthia Foreman Story" is an unpublished book that tells a woman's recovery from traumatic experiences early in life. Her marriage with George was short and unhappy as they separated in 1979.

Also, in 2002, George had fought the claims of Jasmine Christina Foreman, who said she was his daughter. It had stemmed from his marriage with Cynthia. But the blood test proved that he was not her father.

George Foreman's marriage with ex-wife, Sharon Goodson, is the shortest of all of his marriages. They tied the marriage knot in 1981, but it failed to last a year.

Some sources stated that the ex-couple were married for over seven months and had divorced in 1982. They also did not have any children together. Sharon is a mystery in the limelight also.

The ex-married couple, George Foreman and Andrea Skeete, wedded in 1982. They also became parents to their two children, Freeda Foreman, and George Foreman III. But their marriage came to an end in 1985 after three years.

Suddenly, the sad news of Freeda Foreman's death hit the family hard as she passed away on Mar 9, 2019, in Houston, Texas. Andrea and her family members were devasted. 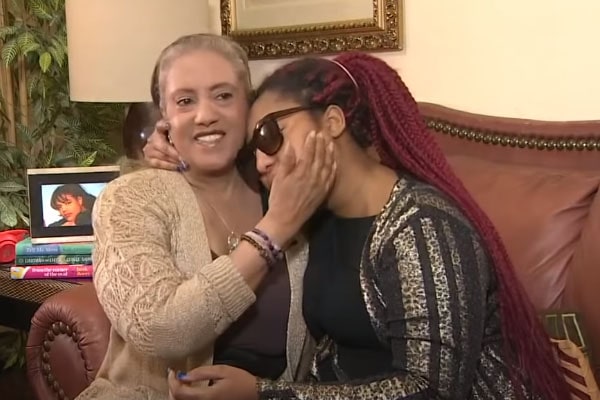 Andrea also came close to the media and opened up about her daughter's death. The pain could be clearly seen on her face as she talked about Freeda Foreman.

It says third time is the charm, but in the legendary boxer's case, the fifth time was the charm. George Foreman and his wife, Mary Joan Martelly, married each other in 1985 just after his divorce to Andrea Skeete. 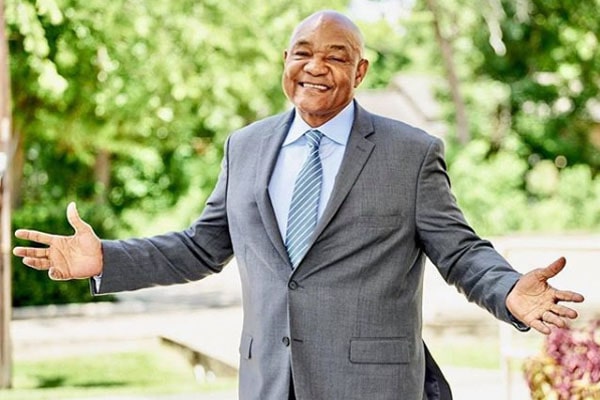 George finally found the love of his life after four marriages with different women. It has been more than three decades that George and Mary Joan have been together.