Home Net Worth Blue Ivy Carter Net Worth - Her Parents Have Made A Trust Fund Of Over $500 Million. 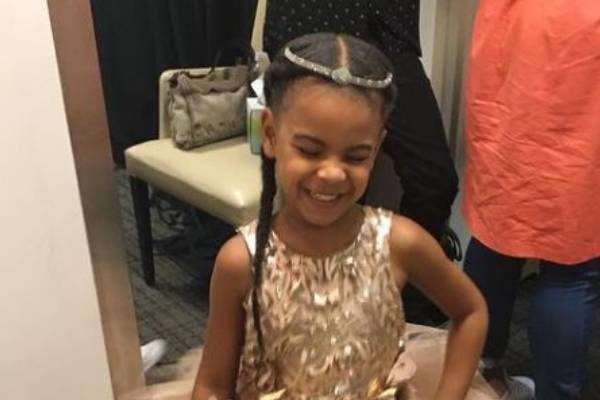 As the daughter of millionaires Blue Ivy Carter is set to inherit a massive sum of money. Image Source: Beyonce Instagram.

Beyonce and Jay-Z's daughter, Blue Ivy Carter is well-known as a young star. The cute and lovely daughter of the music moguls has many skills and born in a life of luxury, there are hardly any chances of missing out opportunities when they come knocking at the door. And little Blue Ivy proved this by becoming the youngest BET award winner for the song 'Brown Skin Girl' which was a collaboration between herself, Beyonce, WizKid, and Saint Jhn.

Of course, having billionaire parents means that one day, she will inherit it all, but even now, at only 8, she is still worth quite a lot. Let's take a look at what makes this little princess' worth so great.

Because she is still just a sweet little girl, she has yet to release her own song. However, she has done collaborations with several well-known singers, as well as with her parents, and instead of not being given anything because she's just a kid, she was given every single cent she was worth. Of course, not in her own hands, but the money is still rightfully hers, which she will be able to access once she's old enough. The songs that little Blue Ivy has collaborated in include:

All of these songs have done extremely well, and the latest collab in the song Brown Skin Girls even won Blue with her first BET Award, which she is the youngest recipient of as of now. While songs are not the only thing that helped her earn so much, we can imagine them being the critical first steps towards the road to becoming a billionaire.

Some say that the best part about being a kid is the carefree life, while some say its all fun and games, but if we were to say that the best part is actually receiving tons of gifts every so often, no one would be able to argue against us. And since little Blue Ivy is still just an 8-year-old, she is bound to receive tons of presents, especially from her loving parents. Some of these gifts are so expensive that hardly anyone would buy them for their children, but Beyonce and Jay-Z will make sure that their daughter receives the best of everything.

Let's take a look at some of these expensive gifts that she has received, along with the price point at which they are, or would be, available at:

Among all the gifts, the most expensive one happens to be the gold rocking horse which she received not long after she was born. The existence of this horse, however, was never confirmed but it was rumored to have been designed by Japanese designer Ginza Tanaka.

Aside from being an amazing singer, it would seem that little Blue Ivy also has an eye for art. In fact, she has often been seen with her parents at auction houses and art galas and one of the most memorable moments was when little Blue Ivy Carter bid $19,000 for an art piece which her father shut right down. But it seems that she did not want to return empty-handed.

Later on, in the same event, another art piece by Samuel Levi Jones was brought up, and she decided to get her hands on it. Little Blue bid, $13,000 on the art piece and as the highest bidder, took it home. Guess an art connoisseur is on the rise, huh.

As stated, in the future, little Blue Ivy will be entitled to an inheritance from her billionaire parents, and while they are still not hers, this may as well be taken into account. But what exactly is she going to inherit?

These are just some of the many inheritances that little Ivy is set to earn, and once she does, she will surely become a billionaire, but with the way things are looking, she may even become one before she gets the inheritances.

While Inheritances are a matter of future, sometimes, they cannot be completely secure. And it seems that Blue Ivy Carter's parents have prepared for that by preparing a trust fund for their little ones. For all the three kids, Beyonce and Jay-Z have set up a trust fund worth $500 million around mid to late June of 2020.

The kids will likely get the money when all the three kids become at least 18, and the money will likely be distributed equally in three parts which amount to a bit more than $166 million. While it does not count as little Blue Ivy's wealth right now, when she does get the money, it will play a huge part in her future net worth.

Well, one can sure tell that Blue Ivy Carter's net worth will surely be worth it when it has got an exact estimation.

Taking all the wealth into account, it seems that little Blue Ivy Carter is living a lavish lifestyle with her parents. As Jay-Z and Beyonce's daughter, Blue Ivy is sure to lack nothing, especially love that she gets from her parents every single day. The family of five, including Blue Ivy Carter's siblings Sir Carter and Rumi Carter, know that the most precious things that they have in them as a family and continue to enjoy their time together whenever they can, wherever they can. And these moments are also often shared in the family's Instagram pages. 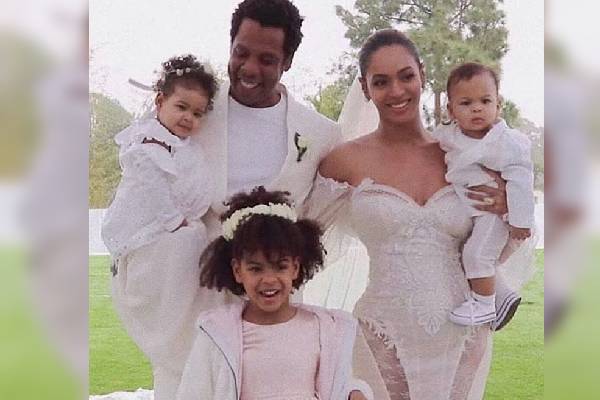 This is a family that has been together for a long time, and fans hope that nothing wrong ever befalls on this family and that they continue to spend their days together wonderfully. As of now, while little Blue continues staying with her parents in their $88 million house, in the future when Blue Ivy Carter becomes even more famous and richer than her parents, she might have her own house worth at least $1 million to spend time with her family and siblings.