Brooke Henderson Net Worth - How Much Has The Golfer Amassed In Her Fortune?

Home Net Worth Brooke Henderson Net Worth - How Much Has The Golfer Amassed In Her Fortune?. 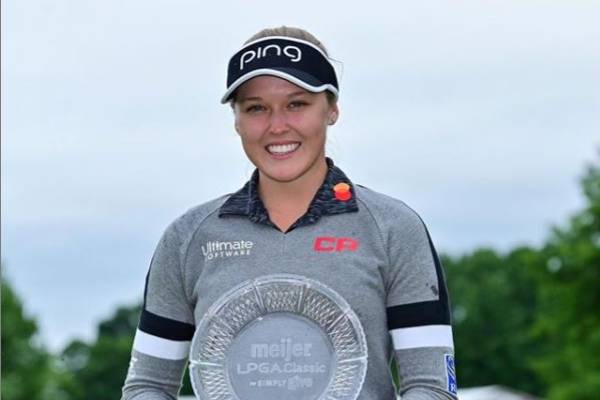 Canadian golfer Brooke Henderson came to the spotlight after winning her first major, the KPMG Women's PGA Championship, at the mere age of eighteen. She became the youngest ever to win the championship. With nine LPGA wins already, she is on her way to becoming one of the most prolific golfers Canada has offered.

Currently competing in the LPGA, Brooke was keenly interested in golf from a very young age. She has been more than passionate and dedicated to the sport that she has been relatively more successful than others of her age. Her excellent skills and charisma have also gathered a massive fan base for her. According to Celebrity Net Worth, Brooke Henderson's net worth is currently estimated to be around $4 million.

Booke Henderson Net Worth and Source of Income

As we have mentioned above, Brooke Henderson's net worth is currently valued at around $4 million, which is mostly covered by her earnings as a professional golfer. She opted to go professional, passing up the chance to play college scholarship golf in 2014 after a compelling amateur career. Brooke has also made a significant impact on Canadian women golfers by inspiring them to play the sport.

Brooke had a prolific amateur career that saw her sign several corporate sponsorship deals with firms like IMG, Royal Bank of Canada, Sunice Golf, Ping Golf, Titleist, and Skechers. In 2013, she won the Canadian Women's Amateur and finished runner-up at the 2014 U.S. Women's Amateur. She won three events on the CN Canadian Women's Tour while still an amateur. She was the top-ranked female amateur golfer in the world before turning professional.

Brooke's amateur career was nothing short of an exhilarating experience. She also made it to the US Women's Open and finished tied for 10th at the age of 16 in 2014. She has been an exceptional golfer while also attracting huge deals from different multinational brands. With an amateur career like her, Brooke Henderson was destined to make a massive amount of fortune.

Brooke became professional in December of 2014 and began a career from the following year. In April 2015, She set a tournament record with her 36-hole score at the LPGA Tour's Swinging Skirts LPGA Classic. She finished third in the completion behind the winner Lydia Ko and runner-up Morgan Pressel. She became the first Canadian to win on the LPGA tour since 2001, following her victory at Cambia Portland Classic in Oregon. She was then granted immediate membership to the LPGA Tour and was named the Ontario and Canadian Female Athlete of the Year for 2015.

After a more than decent start at her professional career, Brooke gained further glory from winning her first major, the KPMG Women's PGA Championship, at the age of 18. She has nine LPGA wins since then, with some convincing finish at the majors. She made $1,696,017 in 2019 with $1,473,247  and $1,504,869 in the previous years. According to LPGA, Brooke Henderson's career earnings are about $6,887,909, which is pretty impressive given her age.

Brooke has also signed sponsorship deals with different brands like Canadian Pacific, MasterCard, Rolex, BMW, BioSteel, and Golf Town over the years. The overall earnings as a golfer and different brand endorsement deals are bound to skyrocket Brooke Henderson's net worth in the coming days.

Brooke has set an example out of herself by inspiring many Canadian fans who were desperate to see a Canadian thrive at professional women's golf for very long. Her incredible amount of fortune means she is enjoying a comfortable lifestyle with relative ease. She can be seen spending her free time traveling and enjoying her day out. 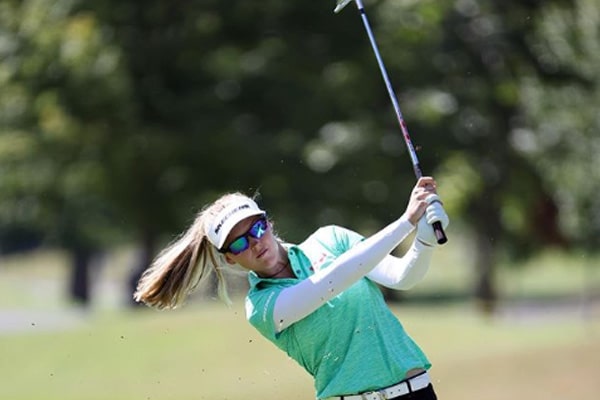 Going through her Instagram account, we can see Brooke is really passionate about her career as most of her posts are dominated by her professional works. She can occasionally be seen spending time with family and friends to ease up her stress from the tournaments. She also can be seen promoting the different sponsorship deals she has signed with.

With all these ventures, it's no surprise to see Brooke Hendersons' net worth valued at $4 million.