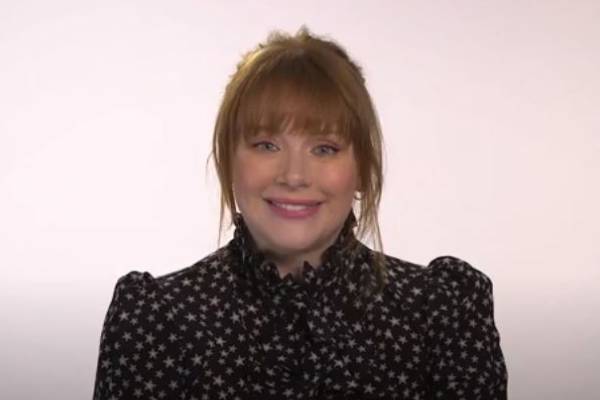 Bryce Dallas Howard's net worth of $25 million comprises of her earnings from her acting career and various endorsement deals. Image Source: Social Media.

American actress Bryce Dallas Howard is a well-known name among movie-goers. She has starred in many fan-favorite and critically acclaimed films and won everyone's heart through her fantastic acting abilities. Along with her acting career, Howard is also recognized as the daughter of actor/director Ron Howard.

As one of the most popular and commercially successful actresses, Bryce Dallas Howard's net worth is estimated to be $25 million. She not only earned millions from her acting career but also gained critical acclaim for her performances.

According to Celebrity Net Worth. Bryce Dallas Howard's net worth is approximately $25 million. She has amassed this massive fortune from her highly successful acting career.

With acting in her DNA, Bryce started her acting career by appearing in various films in small roles. She was a part of many plays during her college years, and during 2003 production of As You Like It, she was noticed by director M. Night Shyamalan. He cast her in The Village, a psychological thriller which became her breakout role.

Bryce continued to star in Shyamalan's movies and even starred in the movie adaptation of Shakespeare's As You Like It, which earned her a Golden Globe Award Nomination. She has since been a part of many critically acclaimed films as well as box-office hits. Some of her movies and their worldwide box office collection are given below:

In addition to films, Howard has also appeared in a few episodes of television shows like Black Mirror, and Arrested Development. She has also voiced many video games and animated characters. Bryce has also tried her hand in direction and has directed a few episodes of tv-series and a documentary, Dads.

As one of the most sought-out actresses in Hollywood, Bryce Dallas Howard's salary has seen steady growth over the years. As stated in IMDb, she earned $150K from The Village in 2004, and her salary in 2018 from the movie Jurassic World: Fallen Kingdom was $8 million. Not only salary but the additional earnings from the movie's profit has had a massive impact on Howard's net worth.

How Much Does Bryce Earn From Brand Endorsements?

With a large following on social media, Bryce has been the face for major brands like Kate Spade. She was the first celebrity to ever to be the face of the company and appeared for many printed advertisements of the company. Also, she has used her social media pages to promote companies like Verishop and Tide. From these paid partnership posts, she must have pocketed a considerable sum. 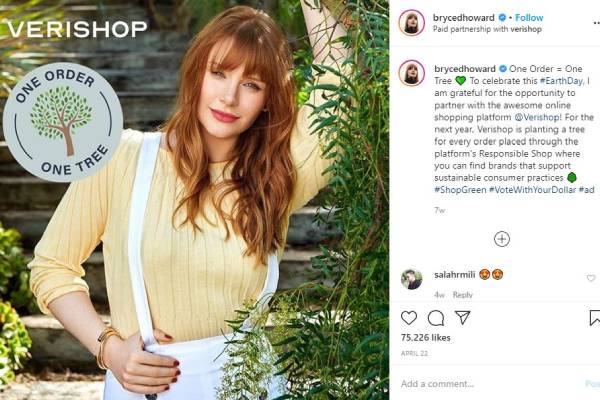 Furthermore, Howard also partnered with National Geographic and Tourism New Zealand in 2017 to promote the tourism sector in the country. She was the spokesperson of the tourism campaign, which focuses on driving Americans to consider New Zealand as their vacation spot. The beautiful actress must have gained a significant amount from this collaboration. From all of the brand deals and partnerships, Bryce Dallas Howard's net worth must have seen a considerable rise over the years.

From her successful acting career, Bryce Dallas Howard has earned a vast fortune and now lives a lavish lifestyle. She currently lives in her New York home with her husband Seth Gabel and their two children. She has practiced eco-conscious living after moving to the East Coast.

Previously the family lived in Los Angeles and owned a Mediterranean style home in Hollywood Hills. Seth and Bryce bought the property in 2006 and paid $2.9 million for it. In 2013, they sold the house for $2.455 million even if they suffered losses from the sales. Nevertheless, Howard and her husband, Seth, who himself has an estimated net worth of $2 million, currently enjoy their comfortable lifestyle.