Home Net Worth Chris Simms Net Worth - Look At The Former NFL Player's Salary And Earnings. 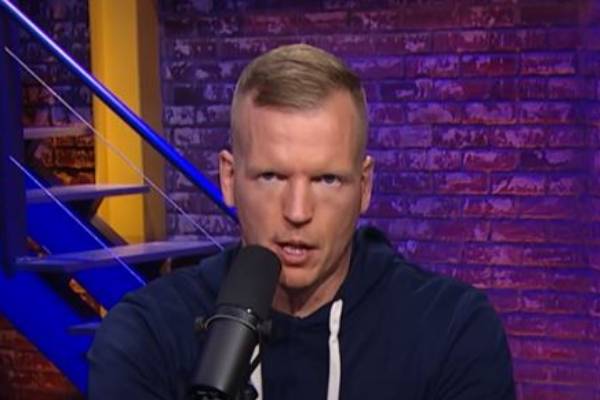 Chris Simms was an NFL player and now works as a sportscaster. Image Source: Social Media.

Chris Simms is a well-known player in NFL history. The former Titan's quarterback had an interesting career, which made flip teams quite often. Apart from being a commendable player, he is also known for being Super Bowl XXI MVP Phil Simms's son.  Although he did not have as great a career as his father, Chris still was a decent performer.

Chris has played with multiple NFL sides during his career, such as 'Denver Broncos,' 'Tennessee Titans,' and Tampa Bay Buccaneers.' From his time at this club, he managed to gather a decent amount of fortune. In this article, we will be discussing more about Chris Simms's net worth.

Chris Simms Net Worth and Career

Chris Simms's net worth has no exact estimation, but given his time as a pro player at the most competitive level where the average salary of an NFL player per season was $3.3 million in 2019, he must have earned quite a lot. Chris's fortune is heavily based on his time as a player, but he has also made his way into sportscasting, generating a huge sum of money. Furthermore, there are sites, such as SuperbHub which suggest that he has amassed a fortune worth $15 million. As for his father, Phil Simms' net worth is estimated at $16 million.

Income as an NFL Player

Chris got into football from the University of Texas at Austin, where he played from 1999 to 2002. In 2003, Simms was drafted by the Tampa Bay Buccaneers, expecting that he would eventually be the successor to Brad Johnson. He gradually made his role more prominent over the years. After a few years with the team, Chris had a life-threatening injury in game 3 of the 2006 schedule. The injury kept him out of the whole season. Simms had signed a $2.1 million contract at that time. 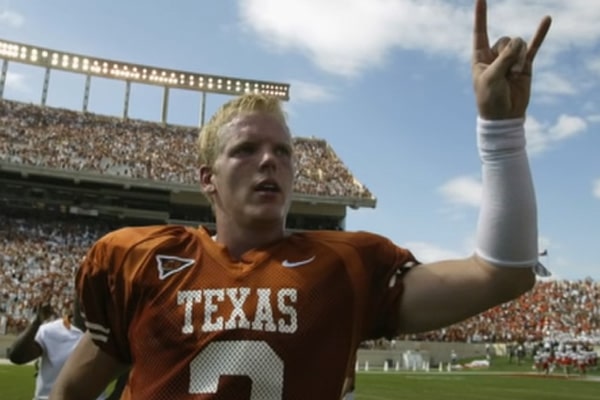 Then, Chris was signed by Tennessee Titans on September 9, 2008, after starter Vince Young was sidelined with a sprained MCL. After a short time with the Titans, Simms joined Denver Broncos on March 4, 2009, in a two-year deal worth a $6 million contract. His deal also included a $1.5 million signing bonus so that he could have earned an additional $3 million through incentives. Chris again went back to Tennessee, where he stayed till 2011 and ended his NFL career as a player. He had a decent career so, Chris Simms's net worth must have had a huge boost from his NFL matches. And one can clearly assume that he has a net worth above a million-dollar mark for sure.

Chris started his career as a commentator in 2013 after a few years of coaching at the college level. He joined the  Fox Sports' commentator team for the 2013 college football season. After a year, he joined Bleacher Report as an NFL Analyst. Chris stayed in the Bleacher Report for about five years and worked on other media houses like CBS and NBC, which was also his father's old employer.

Chris is currently a full-time employee of NBC, working as an analyst for Football Night In America and Notre Dame football, as well as co-host of NBC Sports Radio/NBCSN program 'ProFootballTalk Live.' Chris must be earning a commendable amount of salary from his work. According to Payscale, the average salary of a sportscaster is about $50,623.

Chris Simms married his wife, Danielle Marie Puleo, in August 2004. The couple has two children together- Charlotte Simms and  Phillip Simms. Chris is mostly inactive in social media about his personal life as most of his handles are filled with his professional work like NFL analysis.

Chris is probably living a fulfilled life as a professional sportscaster now with his loving family of four. As most of his family relationship is still unknown, let's hope we will soon know about him.