Home Net Worth Stephen Silas Net Worth - Income And Earnings As The Head Coach Of Houston Rockets.

Stephen Silas' net worth comprises of his earnings as an assistant coach for various NBA teams. Image Source: Social Media.

Stephen Silas is a professional basketball coach who is the current head coach of the NBA team, Houston Rockets. He started his coaching career in 2000 as the assistant coach for the Charlotte Hornets and has since been a part of various other teams' coaching staff.

The American coach has made a name for himself in the current NBA scene and has also earned a considerable sum from his career. A large sum of Stephen Silas' net worth comprises of his salary as the head coach of Houston Rockets.

As stated above, Stephen Silas' net worth mostly includes his earnings as an assistant coach for various NBA teams. He was recently named the head coach for the Houston Rockets, which will undoubtedly place Silas on the list of multi-millionaire in the coming days.

Income From His Early Coaching Career

Stephen Silas grew up in Boston and attended Brown University, where he played for the basketball team. He played four seasons for the college team and, after graduating in 1996, spent three years in the National Retired Players Association (NBRPA) as the assistant executive director. 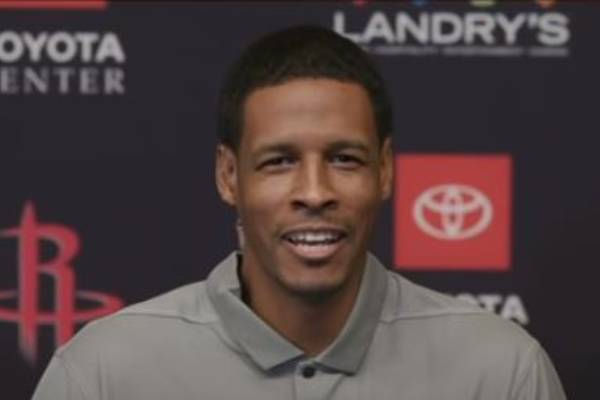 In 2002, Stephen was hired as an assistant coach for the Charlotte Hornets. He was with the team when they relocated to New Orleans and became New Orleans Hornets. He moved to Cleveland Cavaliers in 2003 and spent two seasons with them.

These opportunities not only helped the former collegiate player gain coaching experiences but also earned millions from his time there. He also made a considerable sum from his time as the assistant executive director for NBPRA. The total earnings from these jobs have helped increase Stephen Silas' net worth.

Income As An NBA Career

Stephen Silas joined the Washington Wizards as an advance scout in 2005 but only spent a year there. He went on to join Golden State Warriors as an assistant coach and was with the team for five years. Silas returned to the Charlotte Bobcats/ Hornets in 2010 and assistant coached under head coaches like Larry Brown, Paul Silas, Steve Clifford, and Mike Dunlap.

The American coach served as an assistant coach for the Charlotte Hornets for eight years and even served as the interim head coach during the 2011-12 season on several occasions. Even though he was one of the significant parts of the Hornets' success during these years, he could not make it to the head coach position, so he went on to join the Dallas Mavericks in 2018.

Stephen continued to serve as an assistant coach for two years and managed to secure several victories with the Dallas Mavericks. Then in October 2020, Houston Rockets announced that they had hired Silas as their head coach. He was previously the leading candidate to fill the open head coach position in 2016 but lost to Mike D'Antoni.

While he could not secure the head coaching position with the Rockets in 2016, the American coach has now been announced as the head coach. However, his contract details and the amount of salary he will receive has not been revealed yet. Nevertheless, there is no doubt that Stephen Silas' net worth will see considerable growth in the coming days.

Stephen Silas has earned a significant amount from his career as an assistant coach for various NBA teams. And with him starting his new job as the head coach for the Houston Rockets, which will earn him millions per year, there is no doubt that Silas will enjoy a lavish lifestyle.