Home News Rapper Fred The Godson Dead From Covid-19 At The Age Of 35. 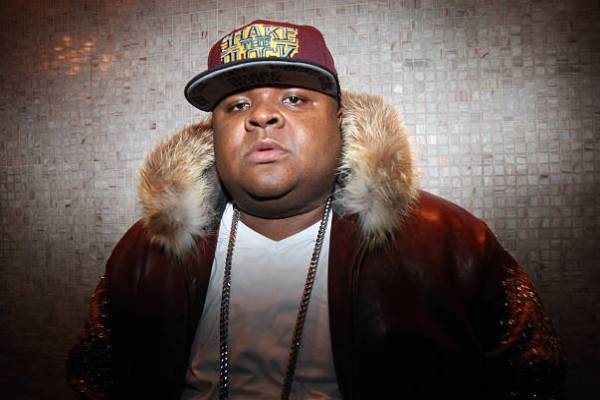 Star rapper Fred The Godson dies at the age of 35, a few weeks after he revealed that he had the Coronavirus.

The late-rapper revealed to his fan on April 6th, 2020 that he was being treated for COVID-19 through an Instagram post asking for blessings from all his fans. Fred had been suffering from asthma and that likely was one of the reasons for his extremely poor health from the virus.

According to the CDC, health issues like asthma may cause the patient to become very sick and may lead to pneumonia and acute respiratory disease. This may cause the untimely death of a patient. Because the rapper also had some kidney problems, that along with his asthma may have made the situation worse for him and caused the sad demise.

The said post of April 6th had the rapper in the hospital with a mask to help him breathe and was aking for him fans to pray for him. While he did have many people praying for his safe treatment, it may have fallen just a tad bit short. After his death was announced several stars and fans took to their Instagram and headed to the post offering their condolences to the family. 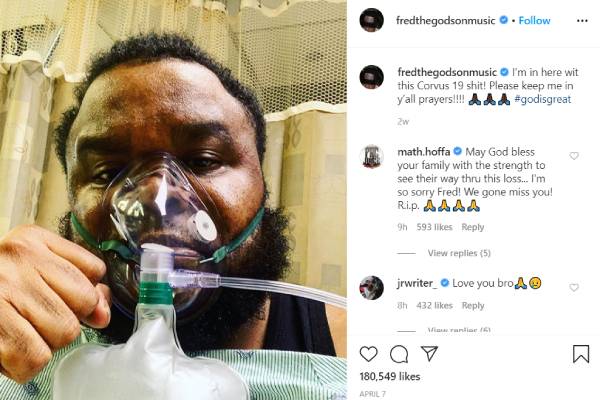 According to Power 1051, the news first broke out after DJ Self posted about his death on his Instagram. The star had been admitted to a hospital in New York for a couple of weeks before his death. A few days before his death, Fred the Godson had been in the ICU with a poor kidney function and a fever of 105.

On April 10th, Fred the Godson's wife, LeAnn Jemmott had said that there was no sign of an infection and that he had started dialysis to clean out the toxins in Fred's blood. A comment from LeAnn about her husband's death is yet to be made and no one wants to force a statement out of her at this difficult time.

Several stars and friends of Godson took to Instagram where they gave their heartfelt condolences of a great rapper and hundreds of thousands of people are doing the same. While it may be hard, at least Fred's soul will rest in peace knowing that he had several fans and close friends respected and loved him.

Some other stars who fell victim to the virus include Wallace Roney, John Prine, and Joe Diffie among a few others.