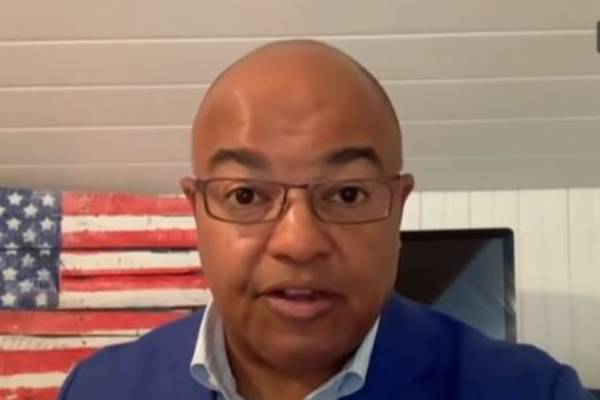 Mike Tirico is a famous sportscaster who is now working for NBC. Image Source: Social Media.

American sportscaster Mike Tirico is one of the most recognizable faces in the sports broadcasting world. He has worked for many top networks and has established himself as a successful sports broadcaster.

After being a part of the television world for more than two decades, Mike has gained attention from many viewers. And with him gaining more recognition day-by-day, Tirico's biography and other personal details are also being sought out more.

Mike Tirico was born and brought up in Queens, New York City, as Michael Todd Tirico. He celebrates his birthday on December 13 and was born in 1966. Mike's parents, Donald Tirico and Maria Tirico, separated when he was just four years old. Mike is the only child of his parents, and his mother raised him. He does not have any contact with his father. 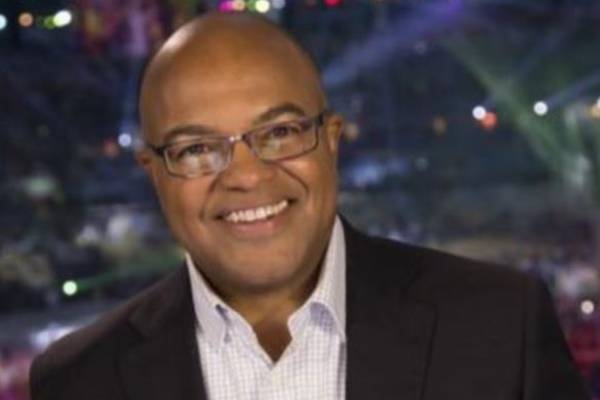 Tirico attended the Bayside High School and then graduated from the S. I. Newhouse School of Public Communications at Syracuse University in 1988 with a bachelor of arts degree in political science and broadcast journalism. He utilized his journalism degree and has worked in numerous television networks.

Mike Tirico Net Worth And Career

The well-known sports broadcaster has been working since the late 1980s and earned an enormous fortune from his successful career. According to Celebrity Net Worth, Mike Tirico's net worth is estimated to be $6 million.

Mike Tirico started his sports broadcasting career in 1987 as a Sports Director at WTVH during his time at Syracuse University. Then in 1991, he joined ESPN as a SportsCenter anchor. His duties for the news giant continued to grow year by year.

Mike spent twenty-five years at ESPN and covered numerous sports events. He handled the college basketball coverage, NBA coverage, golf coverage, and even hosted few studio shows for the network. However, he left ESPN in 2016 and soon after joined NBC Sports.

Tirico's first appearance on NBC was in the 2016 Open Championship on their Golf Channel. He then served as a studio host for NBC's broadcasts of the Summer Olympics 2016 and covered the Winter Olympics in 2018. He then permanently replaced Bob Costas as the studio host of the channel's Football Night in America and NFL Coverages. He has also hosted many golf and motorsports events for the network over the years.

While his job at ESPN was a special one, the famous broadcaster's move to NBC has helped him professionally and financially. Many reports suggested that Mike's salary would see massive growth from the move. He currently earns $3 million per year, and with his responsibilities in NBC increasing day-by-day, there is no doubt that Mike Tirico's net worth of $6 million will increase in the coming years.

In addition to numerous sports coverages, Mike Tirico also hosts the podcast, The Mike Tirico Podcast. The podcast was launched in 2018 in partnership with NBC Sports. Mike talks about several sports-related events and topics and even has guests over to talk about their careers and life. 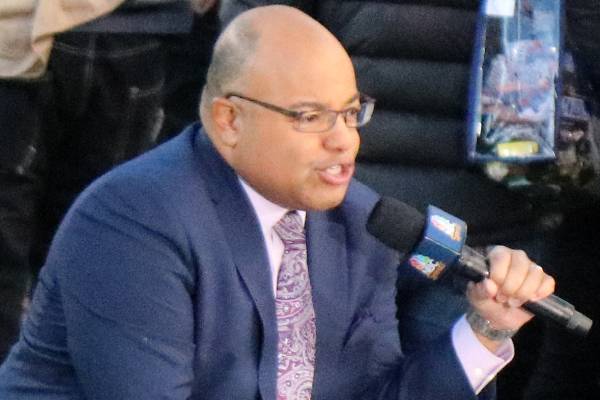 As the podcast host, the well-known sportscaster has shared many stories about his time at the Olympics and other sporting events. The show has been popular among sports viewers, and many companies have sponsored it. Since it is a part of the NBC Sports Podcast Network, the host must have pocketed a significant amount, which helped increase Mike Tirico's net worth.

Mike Tirico is married to Debbie Gibaratz, who goes by Debbie Tirico since 1991. The pair met while attending Syracuse and had been together for some time before their wedding. Not much is known about Mike Tirico's wife Debbie and the details about their relationship.

The lovely married couple is parents to two children. Mike and Debbie have kept the identity of their daughters away from the media. While Tirico has found immense fame from his career as a sportscaster, his family enjoys their privacy and lives in Ann Arbor, Michigan, away from media's glitz and glamour.