Unlike her husband, Dusty Hill's wife, Charleen McCrory prefers to stay away from the limelight. Image Source: Wikimedia Commons.

Dusty Hill was best known as the vocalist and bassist of the famous rock band ZZ Top. He had been part of the three-men band since its formation in the late 1960s. The band's reputation has grown over the years, and fifty years later, they are still one of the most talked-about groups in the rock music scene.

As one of the members of the famous band, Dusty Hill had been in front of the public eyes for years. Along with his professional achievements, the talented bassist's personal life and relationship with his wife, Charleen McCrory is also a major attraction for his fans.

Unlike her husband, Charleen McCrory has favored a life away from the spotlight. However, she was once seen in front of the camera as an actress in a few acting projects. She was part of the film Alien Vows in 1996, during which she was already dating her future husband, Dusty.

The former actress did not continue her acting career but choose to stay away from the media completely. Even though she was in a relationship with the famous bassist, McCrory rarely attended any events and has continued to do so even after their marriage.

Dusty Hill had been married to his beautiful wife Charleen McCrory for around 2 decades after dating for a while. Their relationship blossomed outside of the limelight, and McCrory even cared for Hill when he was diagnosed with Hepatitis C in 2000. The couple got married on March 23, 2002, in front of two hundred guests.

Along with the pair's family, Hill's bandmate Billy Gibbons was also present for the ceremony. His fellow ZZ Top band member and long-term friend Frank Beard was the best man of the groom. Also, Frank's wife, Debbie Meredith, was the maid of honor for the lovely bride. 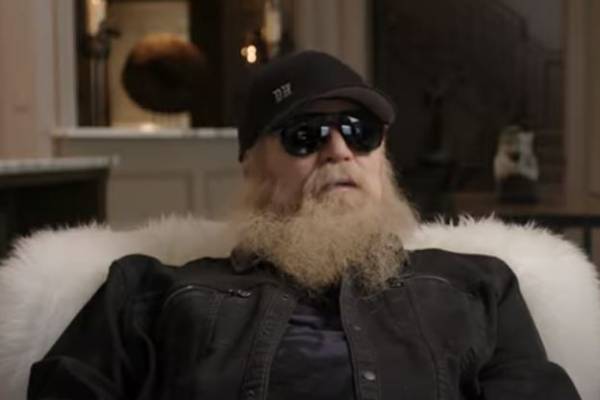 The wedding was held in Houston, and after the ceremony, Dusty serenaded his new bride with a version of Can't Help Falling In Love by Elvis Presley. And for their honeymoon, the pair went to New York a few weeks after their wedding.

While the two have been married for more than a decade, sources claim that this was a second marriage for both. Dusty and Charleen do not have any children together yet. However, Dusty reportedly has a daughter from his previous relationship.

Dusty Hill's daughter, Charity Hill, also prefers to stay away from the limelight and has rarely talked to the media.

Dusty Hill had an estimated net worth of $60 million from his highly successful music career. And as a result, he and his wife Charleen lived a lavish lifestyle. The pair used to live in their massive property, which they bought in 2014 for $3.4 million. They sold their mansion three years later for a whopping $7 million after multiple renovations.

As a celebrity, Dusty was a very influential person in society. And the couple used this to help raise $40K in a month in 2013 for the Veterans Matter charity. They also help many other charities and organizations and use their status for good.

After being together for more than three decades, Charleen McCrory lost her husband in July 2021. Dusty reportedly took his last breath in his sleep at his home in Houston. His representative confirmed the news that he passed away on July 28, 2021.

However, the reason behind his death has been undisclosed. Hill's band members also released a statement regarding the tragic loss. Dusty had reportedly performed for the last time just a week before his death.

We offer our deepest condolences to Dusty's widow, Charleen, and daughter, Charity.