Home Net Worth Melora Hardin Net Worth - Salary From The Office And Other Well Known Projects. 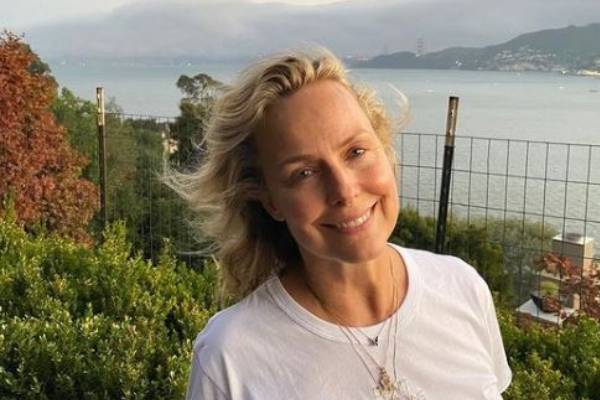 Melora Hardin's net worth of $5 million comprises of her earnings as an actress and singer. Image Source: Instagram/ meloradhardin.

Melora Hardin is a famous American singer and actress who started her career in the entertainment industry in the late 1970s. She has been part of numerous successful television shows and movies but is best known for portraying the role of Jan Levinson on NBC's The Office and also Trudy Monk on the show Monk.

While the talented artist is recognized for her small and big screen works, her impressible career also spans other mediums, including music albums and live shows. As a result, Melora Hardin's net worth is estimated to be around $5 million as per Celebrity Net Worth.

Melora Hardin Net Worth And Earnings

Melora Hardin has amassed a fortune of $5 million from her long and highly successful acting and singing career. She has been working since 1976 and has more than one hundred acting credits to her name, which has helped increase her total net worth throughout the years.

Melora Hardin's acting career started as a young star in the show Police Story in 1976. She then starred in the series Thunder as Cindy Prescott, which helped kickstart her career. After this, Hardin was featured in several tv-shows including Secrets of Midland Heights, The Family Tree, and Dirty Dancing.

The American actress continued to act through the 1980s and 1990s but only gained attention after joining the cast of Monk in 2004. The following year, she appeared in the NBC mockumentary, The Office, and was part of forty-two episodes over nine seasons. Since she was a recurring cast member of the show, Melora Hardin's salary might not have been par with co-star Rainn Wilson, who earned $100K per episode in the later season.

After the ending of the above-mentioned shows, the talented actress has been a part of several other shows. Her most recent appearance in a tv-series is in Freeform's The Bold Type. Earnings from all of these small-screen works throughout her four decades-long career have helped increase Melora Hardin's net worth significantly.

In addition to television, Melora has also acted in several feature films over the years. She has been part of more than forty movies, including Lambada, 17 Again, 27 Dresses, and The Hot Chick. Given below are some of the films that Hardin was part of and their respective box-office collection:

The former Office star has either played a lead character or a supporting role in the films mentioned above. However, her earnings from all of these movies have undoubtedly helped raise Melora Hardin's net worth to new heights.

Income From Music And Other Sources

Not only acting, but Melora is also an accomplished singer and performer. Hardin has performed in front of thousands of people singing her own songs and the US National Anthem on multiple sports events. She has released three full-length albums, which can be purchased through her website. Melora's albums and their respective prices are listed below:

Even though her music career did not gain as much attention as her acting, the talented singer has continued to make music and perform on various occasions. While the earnings from it might be small compared to her income as an actress, Melora Hardin's net worth might have benefitted from the album sales and live performances.

Income From Cameo And Brand Partnership

Melora Hardin has gained a massive fan following from her singing and acting career. She already has thousands of followers on Instagram and has partnered with various companies to advertise their products to her followers. She is a FabFitFun partner and has worked with other companies to feature their products on her page. These deals have undoubtedly helped her earn a considerable sum in recent years. 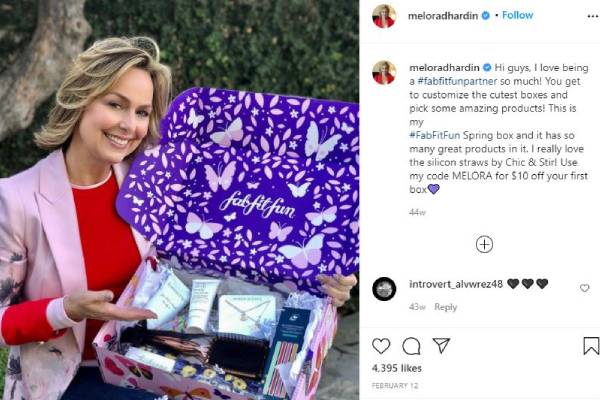 Additionally, Melora is a part of Cameo, a personalized video-sharing site where one can hire celebrities to record a video for them. Hardin is among hundreds of stars who are active on the app and has already recorded hundreds of videos for her fans.

As per the site, the popular actress charges $299 per video request and $14.99 for a simple chat. Her office co-star, Brian Baumgartner, is one of the most famous stars on the app and reportedly earned $1 million in 2020. While she might not have earned a million dollars like Brian, Melora Hardin's net worth also includes her earnings from Cameo.

Melora Hardin grew in Los Angeles and has lived here for more than forty years now. She currently resides in Altadena, California, with her husband, Gildart Jackson, and daughters, Rory Jackson, and Piper Quincey Jackson.

The family previously lived in Glendale, California, in a beautiful Spanish Revival-style house. She had purchased the home in 2005 for $719K and sold the property a decade later for $855K. While there are no details about her current residence, looking at her previous purchase, it is clear that Hardin enjoys a lavish lifestyle.