Home Net Worth Andy Samberg Net Worth - Member Of The Lonely Island And Salary From Brooklyn Nine-Nine. 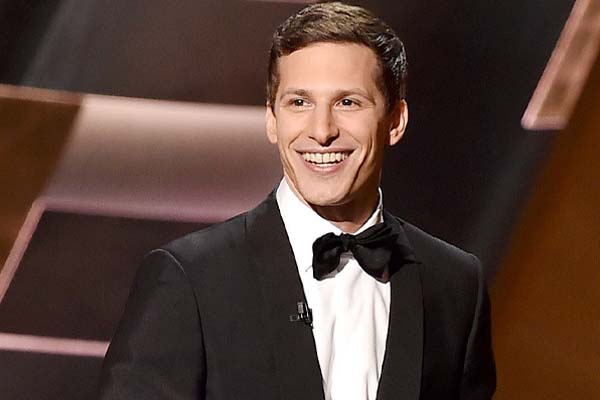 Andy Samberg's net worth is estimated to be $16 million. Photo Source: Getty Images.

Entrained by its talented ensemble cast, the multi-award-winning comedy Brooklyn Nine-Nine has quickly taken the spot of one of the funniest shows on TV since its debut. Andy Samberg, who plays the lead role of witty detective, leads the show. The talented celebrity has put on a unique and unparalleled display of skillful acting combined with humor in every show and movie he has been featured in. Andy Samberg's net worth is estimated to be $16 million, which can be attributed to his extensive and remarkably lucrative career in showbiz.

Andy Samberg was born in Berkley, California, the United States to mother, Marjorie Samberg, and father, Joe Samberg. Samberg's wife of 7 years, Joanna Newsom, is a musician and harp player and has welcomed an adorable baby daughter in the family.

Before gaining his place in Brooklyn Nine-Nine as the highest-paid actor in the show, where exactly was Andy Samberg? As unusual as it sounds, Andy Samberg's net worth had already started to rack up quite reasonably before even he seized the groundbreaking role of Jake Peralta.

Samberg is an innately talented comedian. Having walked along the tracks of comedy biz for well over a decade now, Andy set off his career with a comedy music troupe that he formed called The Lonely Island. This is what set Andy Samberg's net worth and fame to unimaginable heights and opened up more lucrative doors to help him further his career along. 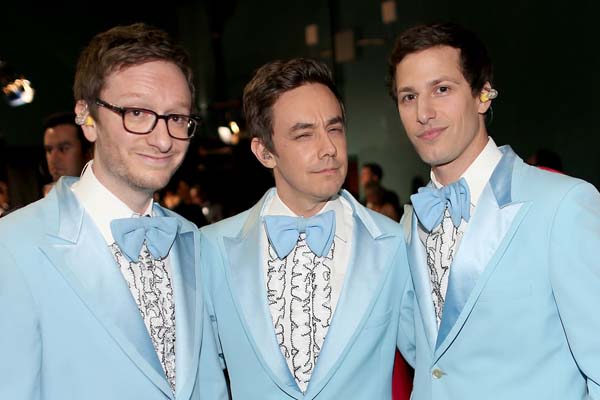 Samberg's music troupe, which he formed with his roommates, Jorma Taccone and Akiva Schaffer, had abruptly gained internet fame since the audience really fancied the funny lads. According to The Richest, their album The Wack Album earned Andy a good sum of $74K in 2013. Some of the other albums Andy Samberg has released with his troupe are listed down here with their prices.

We could confidently assume that Andy Samberg's income from the sales of these amazing and hilarious albums ( which even stars music stars like Akon, Lady Gaga, Adam Levine, and Justin Timberlake) must have been a grand amount.

Not to mention the income that the actor pulls in through the sales of the successful troupe's merchandise available on The Lonely Island's official website.

What followed next propelled Andy and even affixed his place in the industry. Due to his online digitals shorts gaining notoriety online, the group was offered to partner with Jimmy Fallon's writing team. 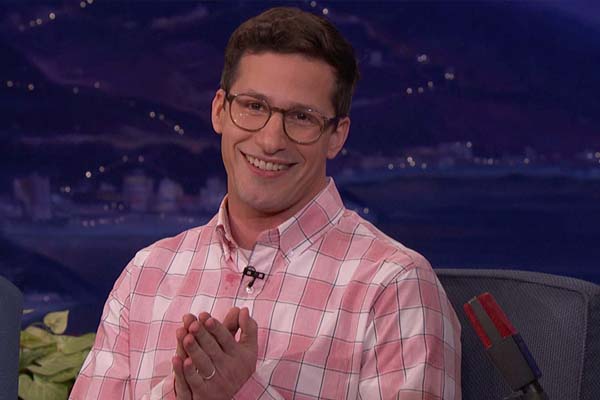 This led to them auditioning for SNL, and given Samberg's immense talent and comedic aptitude, he became a cast member of Saturday Night Live for seven years straight, from 2005 to 2012. This was when Andy Samberg's income hiked up substantially, and he gained international prominence.

Andy Samberg is an exceptionally able movie actor too. After SNL, Andy secured his place on television and rose even quickly to new heights by starring in several movies. With 86 acting credits, the actor has really extended his skills towards the film industry. Some of the movies he has been involved in alongside their box office collection are listed down here:

These colossally high numbers in the box office collection accentuate enough as to how much Andy Samberg's earnings have been backed by the movies he has been featured in, in the course of his career.

Adam Samberg in the New Installment of Brooklyn Nine-Nine

The series that assisted Andy Samberg's fortune and fame spiral up is arguably the Golden Globe-winning show, Brooklyn Nine-Nine. The role he was once reluctant to choose, catapulted him in on the list of one of the wealthiest and in-demand actors in showbiz.

He has been featured in the show for 135 episodes alongside his childhood friend Chelsea Peretti, and other top names like Andre Burgher, Joe Lo Truglio, Melissa Fumero, Stephanie Beatriz. While Andy Samberg's salary from the show has been a whopping $125K per episode, it would be safe to assume that the number is receiving a good bump in the brand new season 7, set to premiere on 6th of February, 2020.

Yes, you heard that right. The hype that's been built up on the casts' social media accounts has been overwhelming. The episodes are right around the corner, and what else can we expect from Andy Samberg than professional-class acting and sharp witter humor to keep us all hooked for hours straight.