Home Net Worth Melissa Fumero Net Worth - Salary From Brooklyn Nine-Nine and One Life to Live. 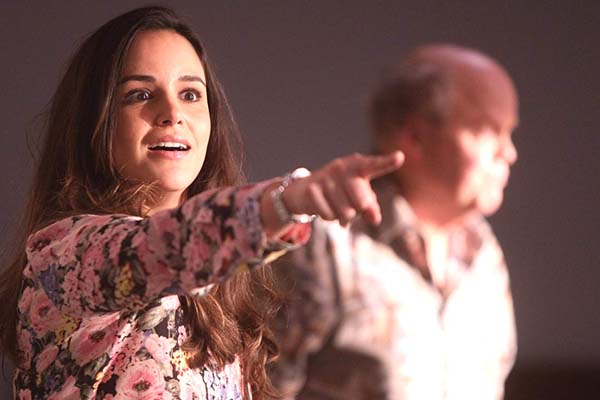 Melissa Fumero's net worth is estimated to be $2 million. Photo Source: IMDB.

Landing a massive role in a well-established soap opera as your debut role is as good as it gets for an early actor. Fumero had achieved the impossible by snagging the role in One Life to Live while she was studying in college. This would turn out to be the spark plug for her emerging career and wealth in the upcoming future. As of now, Melissa Fumero's net worth is estimated to be $2 million, which she has acquired from her extensive career in the field of movie and television acting.

Melissa Fumero was born on August 19, 1982, in Lyndhurst, New Jersey, to Cuban parents who had moved to the U.S as teenagers. After receiving a degree in Bachelor of Fine Arts in Drama from NYU in 2003, she went on about a successful path, playing incredible roles and raking in remarkable wealth. Melissa Fumero's husband of thirteen years, David Fumero, is also a Cuban-born American actor, and the pair is parent to son, Enzo Fumero. Besides, the actress is pregnant with another child.

As mentioned above, Melissa Fumero's net worth is estimated to be $2 million, which she has amassed from her roles in a plethora of television series and movies. During the course of her career, she has gained fame and reputation exponentially and still continues to do so.

No doubt, Melissa is a pretty talented and down to earth actress, and television has provided her with a platform to express her skills and capabilities. In recent years, landing recurrent roles like Zoe in Gossip Girl has significantly piled up Melissa Fumero's net worth. 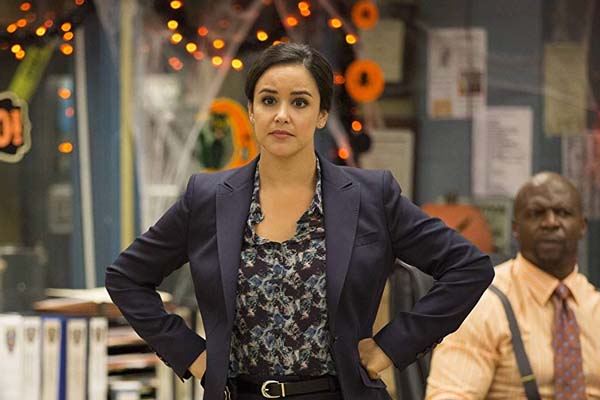 However, what really makes her stand out is her brilliant role in the groundbreaking soap opera, One Life to Live for 207 episodes. This paved the way for her solid establishment in the acting industry. Following that, she stepped in the shoes of Amy Santigo, starting from 2013 in the Golden Globe-winning show, Brooklyn Nine-Nine alongside Andy Samberg, Joe Lo Truglio, Stephanie Beatriz,  Andre Braugher, Chelsea Peretti, and many other great stars.

While Andy Samberg is the highest-paid actor in the series taking home $125K per episode, we could also safely assume that being his co-star, Melissa Fumero's salary must have been a grand amount. Apart from that, Melissa's other tv series, including Room 104, One Day at a Time, Men at Work, CSI: NY, have proven to be lucrative for her too.

Although Fumero hasn't been involved in movies as much as TV, she has also prospered in the aspect reasonably well. She has been featured in DriverX, The House That Jack Built, and I Hope They Serve Beer in Hell, which gathered a massive $1.4 million in box office collection. 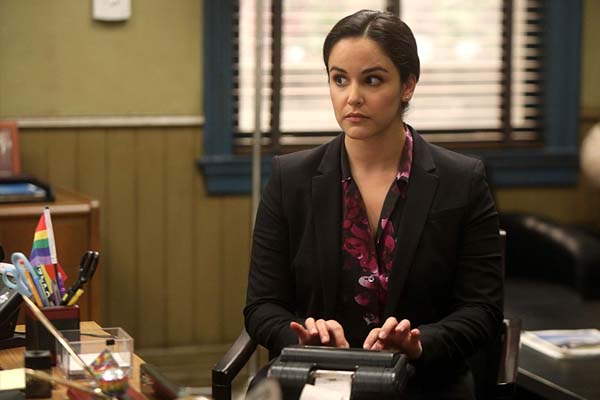 We are pretty confident that Fumero's net worth has been substantially racked up from the movie roles she has snagged and the ones she most probably will, given her impressive talent.

Melissa Fumero's Instagram highlights the fact that she is living a pretty comfortable life with her family. Her husband, David Fumero, has been in a marital relationship with her for seven years, and the couple has welcomed a son, Enzo Fumero. Moreover, Melissa is pregnant with their second child and has even shared a picture announcing so. 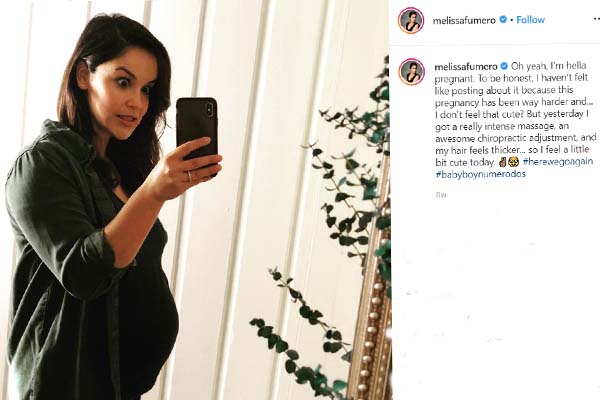 Not many know this, but Fumero's source of income has also been from Improv group named Dead Pilots Society, led by Andrew Reich and Ben Blacker, where she has been featured a few times. Regardless, we wish the best for her career ahead, and it wouldn't come as a shock to see the actress pull in some more fortune.