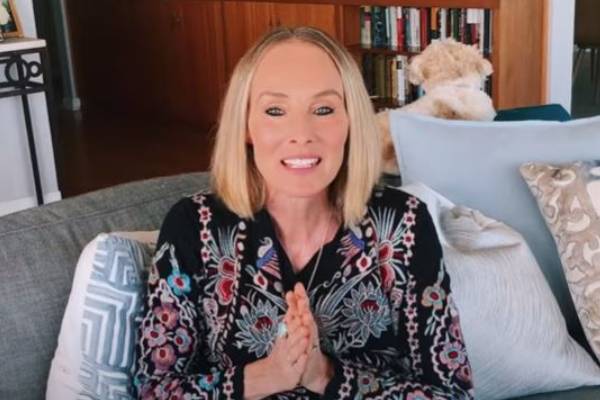 Actress and singer Chynna Phillips is a name known by a large number of people. Her music and acting abilities have helped her established her name in the industry and also earn millions from it.

Chynna started her career in the industry as an actress at an early age, and she has not only mesmerized the world with her acting but also with her beautiful voice.

Gilliam Chynna Phillips was born in Los Angeles, California, on February 12, 1968. She was born to famous parents, with John Phillips as her father and Michelle Phillips as her mother. Her parents were in the legendary band The Mamas & the Papas, which were very famous in the 1960s. The name of her siblings are Mackenzie Phillips, Bijou Phillips, Aron Wilson, Tamerlane Phillips, Austin Hines, Jeffrey Phillips.

While the band gained much success for their music, Chynna's parents divorced a year and a half after her birth. She then grew up in a broken household, and as a result, she suffered from addiction at a young age. The singer turned to alcohol and drugs as a teenager due to massive abandonment issues. But addiction didn't stop Phillips from pursuing a career in show business like her parents.

Chynna Phillips Net Worth And Earnings

The talented singer was surrounded by art since she was a child. Since both of her parents were artists, it was no surprise that she chose to pursue her career in acting and later in music. And as a result of her successful acting and singing career, Chynna Phillips's net worth is estimated to be $6 million.

Income From Movies And Television

Chynna started her career in acting by appearing in the 1975 movie Little Boy Blue. She went on to star in many other films like Some Kind of Wonderful, Caddyshack II, Say Anything, among others. After acting in a few of these, she stopped acting to continue with her musical journey. However, she has returned to acting with the movie Church People, which is in the process of releasing.

Like big screens, Phillips also starred in a few tv movies and shows over the years. However, her most memorable television appearance is as the contestant of Dancing With the Stars in its thirteenth season. She was partnered with Tony Dovolani and was regarded as a frontrunner to win the show. While her exit came earlier than expected, she was praised for her hard work.

Whether it was big screens or small screens, the beautiful actress stole the show with her beauty and talent. And all of the earnings from her appearances in these projects, have definitely helped increase Chynna Phillips's net worth.

Chynna's music journey started from her band Wilson Phillips in the late 1980s. She formed the band with her childhood friends, Wendy Wilson, and Carnie Wilson, and released their self-titled debut record in 1990. The album was a huge success and sold eight million copies. They released one more album together before, Phillips left to work on her solo debut.

Her debut solo album titled Naked and Scared came in 1995 but did not gain as much attention as her previous group's music. But she continued to work on music and even reunited with Wilson Phillips and released their third album. Some of the records which Chynna has been a part of and their prices are listed below:

The above-mentioned albums are available on Amazon for purchase. All of them have been successful in their own rights and have helped the singer earn millions for her hard work. As a result, Chynna Phillips's net worth has been heavily influenced by the album sales and will continue to do so with new music on the horizon.

Being the daughter of two famous musicians made Chynna and her life a topic of interest for many. And it only grew after she got married to William Baldwin of the prominent Baldwin family. The pair first met in 1991 and began dating soon after. And after dating for four years, they got married in 1995. 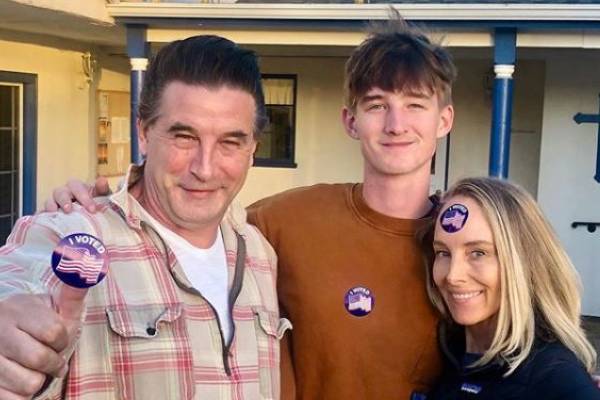 In the years of their marriage, the lovely pair have been blessed with three beautiful children. Their daughters, Jameson Baldwin and Brooke Baldwin were born in 2000 and 2004, respectively, whereas their son Vance Baldwin was born in 2001. In 2019, it was revealed that Vance had been diagnosed with cancer the year before and had already completed his treatment successfully.

After earning significant accolades and millions of dollars from her career, Chynna Phillips lives comfortably with her husband and children. The family currently lives in their home in Santa Barbara, California.

The Baldwin family previously lived in Bedford Corners, New York, where they owned a beautiful house that Chynna and William bought in 2005. The couple reportedly paid $3.35 million for the property but then put it up for sale for $3.89 a few years later.

According to an article from Architectural Digest published in 1992, Chynna also owned an apartment in Santa Monica, which as she described as her first real home. All of the pricing and location of the houses show the lavish lifestyle she enjoys.