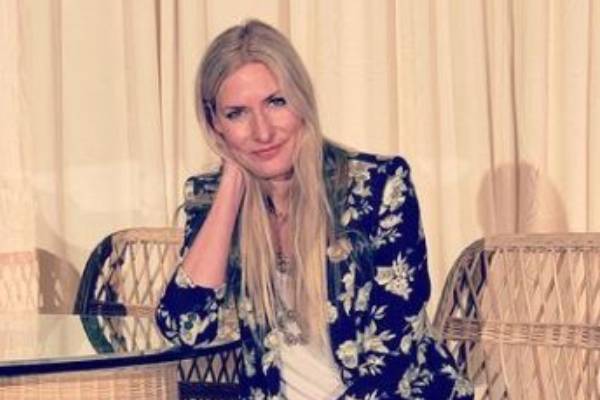 American singer-songwriter Holly Williams is famously known as the daughter of country singer Hank Williams Jr. As a part of the well-known Williams family, music has been a massive part of her life, and she has successfully made a career out of it.

Holly Williams has followed in her grandfather, Hank Williams, and father's footsteps and has released few albums. While she comes from a famous family, Holly has made a name for herself in the country scene due to her hard work.

Holly Audrey Williams was born on the 12th of March, 1981, in Cullman, Alabama. She is the second daughter of country music star, Hank Williams Jr., and his ex-wife, Becky White. Her mother raised her and her sister since her parents separated when she was very young, but she shares a close relationship with her father. She also shared a great relationship with her maternal grandparents, Warren White, and June White.

Holly grew up in Nashville and attended the Brentwood Academy. She started playing her father's guitar when she was seventeen and decided to pursue a career in music. She reportedly bought her domain name herself, started her website, and even recorded her debut EP. She performed on various clubs in Nashville and continued to pursue her passion.

Holly is not the only child of Hank and his second wife, Becky, as she has an elder sister, Hilary Williams. Also, she has two half-brothers and a half-sister from his father's side. Holly's half brother, Hank Williams III, is her father's first child from his marriage with Gwen Yeargain.

Williams also has two more half-siblings, Samuel Williams and Katherine Williams-Dunning, from his father's third marriage. She is close to her half-siblings and even shared her tribute to half-sister Katherine after she tragically passed away in an accident on June 13, 2020. 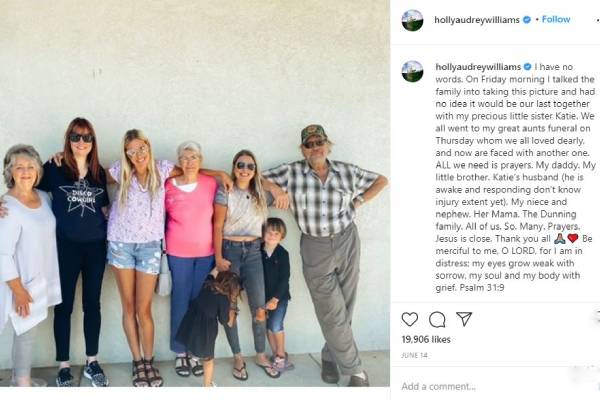 In addition to her siblings, Holly also has an aunt named Jett Williams. She was born after the death of Hank Williams and only got recognition as his daughter after many years of court battles. Whether or not the Williams family shares any relationship with Jett is unknown, but it is clear that everyone in the family has inherited the musical talent from the first famous Williams.

Holly Williams Net Worth And Career

The talented country singer-songwriter has earned a massive fortune from her highly successful career. Also, Holly Williams' net worth includes earnings from her clothing and mercantile store.

As a part of a famous musical family, Holly, too, decided to pursue a career in music. She released three albums, all of which were successful in their own rights. All of her records were critically acclaimed, and audiences as well as fellow musicians, have applauded her music. Some of Holly's albums and their respective prices are listed below:

In addition to the album and single sales, Williams also earned a significant amount from the numerous tours she has been on over the years. All of the income from tour revenue and music sales has undoubtedly helped increase Holly Williams' net worth significantly.

Income From Her Stores

Along with her music, Williams has also given her time to stores. She has established a women's boutique store named, H. Audrey, in Nashville and a chain of mercantile stores. The clothing store which sells products from luxury designers also operates online, and interested people can shop through their official website. Some of the clothing items and their respective prices are given below:

On the other hand, the singer's mercantile store, White's Mercantile, is a general store which sells products ranging from wines to organic dog treats. She opened her first store in 2013 and now has opened branches in five locations. As the founder of these businesses, the earnings from them must have highly benefitted Molly Williams' net worth.

Is Married And Has Three Children

The country music star is married to fellow musician Chris Coleman. They got married on September 27, 2009, after a few years of dating and now resides in Nashville. The pair have three children together, who were all born a year apart. 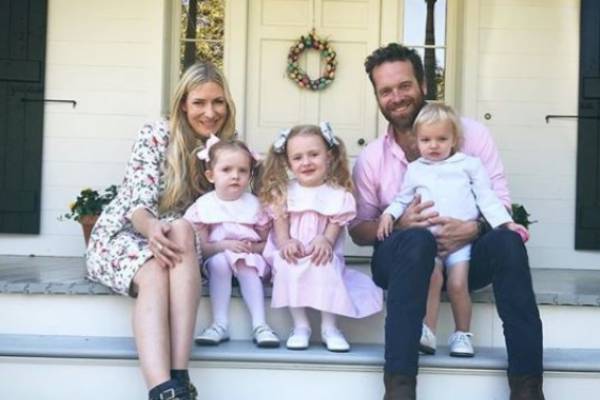 The couple's first child, Stella June Coleman, was born in September 2014, and their second child, Lillie Mae Louise Coleman, was born in March 2016. Their only son, Arlo Gale Coleman, came a year later in May 2017. The family lives a comfortable life, and both Chris and Holly have shared numerous pictures of their babies on their social media pages.